Why Hire A Civilian Legal Counsel When Facing A Court Martial?

Home » FAQ » Why Hire A Civilian Legal Counsel When Facing A Court Martial?

Off The Record: Episode 5

Noel: So, you’re facing a court-martial, when should you hire a civilian attorney or when should you go with a free lawyer? Find out on this episode of “Off The Record”. Tim: Noel, what point in time do you think it makes sense for a marine, or a sailor, or a soldier to start thinking about considering civilian counsel over their detailed military attorney? Noel: Right away. As soon as possible. As soon as you learn that you could be suspected of an allegation of wrongdoing. There is no time like the present to a hire a civilian lawyer. Tim: Why is that, Noel? I mean, you were a marine court JAG, I was an Army JAG. You did, I think, 10 years in the marine court, I did seven and a half in the army. Most of the military counsel are very good-intentioned. They want to do the right thing. They may lack experience because of the way the JAG Corps is built. I mean, most marine, or army, or even airforce lawyers, a experienced defense attorney has 18, 20 months at most. So, if you have these good-intentioned young captains or young navy lieutenants, why do you say to look at civilian counsel right away? Why is it that important?

The Government Is Looking To Convict You 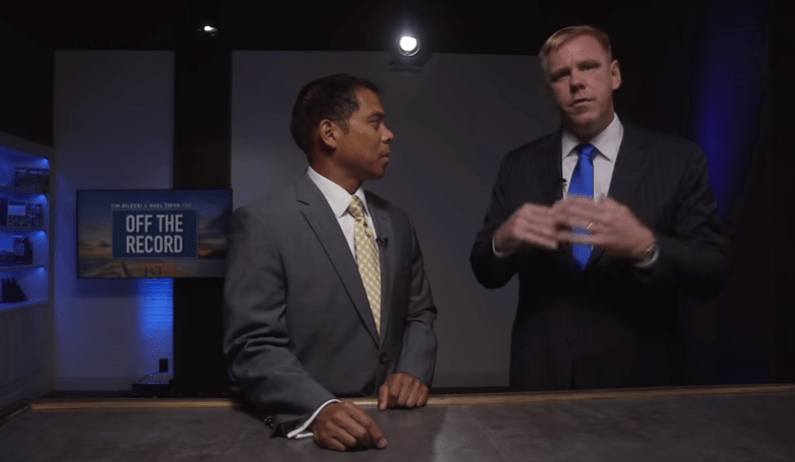 They’ve got their heart and their mind in the right place but they just lack the experience. It’s just the way that the military is set up. Just like your platoon commander, he’s there right out the base’s school, he’s there right out of IOC, but he is not gone through the test of time. And, by the time that they just got to know their platoon and just got to know how to do their job, they’re promoted. They’re moved to do something else.

Tim: So, what you’re saying, it’s like having a platoon commander and the brigade commander or the commanding general, just acknowledging the wisdom that you get over time of just trying cases and being in your craft and doing what you do to become the best at it.

What JAG Lawyers Are Lacking

You are a brand new, freshly made to lieutenant, or if you’re in the army, you make captain very, very quickly in a matter of a couple weeks.

Noel: Hopefully, you’ll be a prosecutor. You’ll have some trial experience.

Tim: And, it really depends on the jurisdiction you’re at. If you’re at Fort Hood or Fort Benning, you may have a lot of trial experience. And by a lot more, you may have tried three or four cases than someone who’s at Fort Meade or Iwakuni. And then from there, they will move you over to do a defense bill order, a defense position.

And, often times, at least in the army, that’s not by asking for you’re often told. “Hey, you’re moving over to do defense work.” And, the lifecycle of doing defense work in the JAG Corps is typically 18 months, maybe 24 months.

A case takes a year, often times, 18 months to get the ball rolling. So, often times, defense counsel who are in their first position will have tried, if they take any case into a verdict, one, or two, or three cases and they become the experienced attorneys in the office, the one that have two or three trials under their belt, when the reality is, you have to have 50, 60, 100 trials under your belt to really be experienced at this.

I think it was the book “Outliers” Malcolm Gladwell talked about 10,000 hours. You need 10,000 hours at whatever you do to be proficient at or to be good at it. Whether that’s playing baseball, driving a racing car, just practicing law, being a plumber, whatever it happens to be, to be an expert in your field, you need about 10,000 hours. At least that’s the reality is in the military, you just never get there because you need to be a jack of all trades and an ace of nothing.

But, the problem we have is that you have these attorneys who have very minimal experience in the scope of things trying incredibly serious cases. In Hawaii, at the public defender’s office, how long do you have to be practicing, Noel, until you’re doing felony level cases?

Noel: Oh, those guys before they’re moved into the felony level court are practicing 7 to 10 years?

Tim: And why is that? Why is it that in the state of Hawaii, no different than in California or in Florida where the government will not allow attorneys to defend felony level cases for six or seven years? Why is that?

Noel: Experience. It’ just time in front of judges, juries, understanding the law, understanding the dynamics of a trial. A trial is not an easy thing. A trial is dynamic. Often times, things do not go as planned, but in the public defender system and in just about every other system, the public defenders or those attorneys who are appointed to you have to be practicing law for 7 to 10 years. In the military, it’s just not the case.

Tim: If you’re facing a court-martial, do you really want to go to battle with someone who’s been in battle two or three times? Combined, Noel and I have over 250 jury trials to verdict, in the trenches fighting for our clients. The choice is yours. Don’t make a decision you’re gonna regret for the rest of your life.