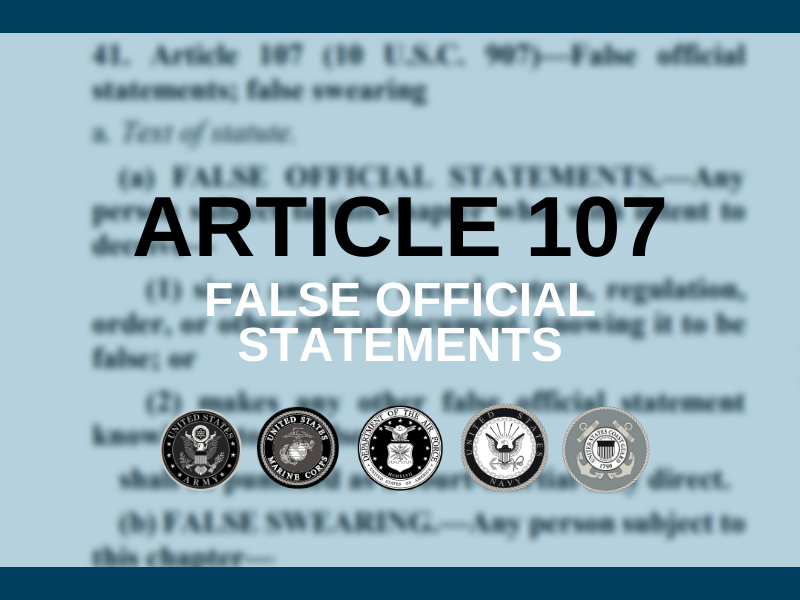 What is UCMJ article 107? Any attempt by a service member of the United States armed forces to intentionally falsify an official U.S. Military or Government statement or document while in the line of duty will be accused of falsifying an official statement under Article 107.

A conviction under this article could prove disastrous for the accused service member:

Accusations of falsifying official statements could destroy your military career and civilian future. Fight back against your charges TODAY with the help of Bilecki & Tipon LLLC.

Elements of Article 107 of the UCMJ

Every article of the Uniform Code of Military Justice requires prosecutors to prove beyond a reasonable doubt a handful of critical assumptions—known as elements—to convict you of a crime. Four such elements are encountered under Article 107:

Military Defense Attorney Services for Article 107 of the UCMJ 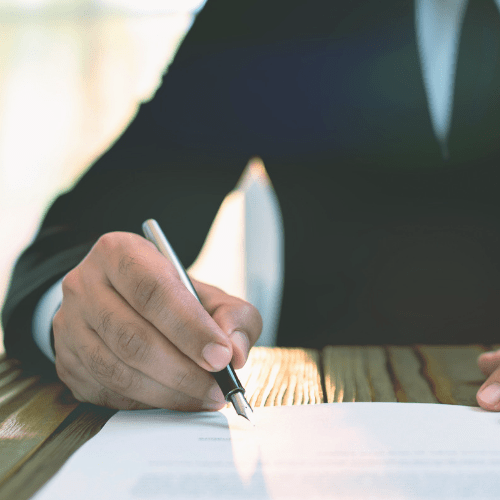 If you’re being charged under Article 107, we can reasonably assume a few facts about your case. One, the U.S. government has some proof that the information found within a statement or document is false. And two, that you signed off on that statement or false document.

What they may not have is absolute proof that you made those false statements intentionally and deceptively. This will likely be where the majority of your case is fought, between the lines of what you did and did not know about the falsehoods found in the document or statement.

We understand what it takes to win Article 107 cases. We’ll begin by asking a few essential questions concerning your case:

What Is the Maximum Possible Punishment For False Official Statements?

If you are found guilty under Article 107 of the UCMJ, your sentence will not exceed:

Yo Honestly Believed You Made a True Statement. Can You Still Be Convicted?

Even a simple mistake could lead to the government charging you under Article 107. Never assume that the truth will materialize in your court-martial. A trial is not about truth. It’s about advocacy. And hiring a defense attorney that knows how to protect your interests could be the most important decision you’ll ever make, saving not only your military career but your future as a civilian.