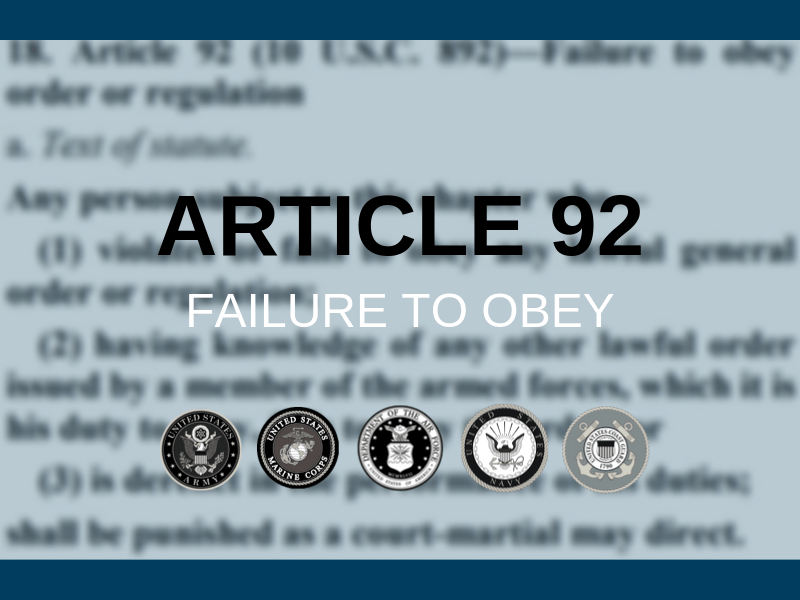 What is Article 92 of the Uniform Code of Military Justice?

What kind of punishment does a service member face from the military under this article?

If you are a service member of the United States armed forces and have failed to obey a general order or regulation issued by a military department or a commanding officer you will be subject to charges under Article 92 of the UCMJ.

The orders and regulations issued by top military brass and bureaucratic agencies are in many cases conflicting, confusing and ineffectively promoted within the ranks. But a failure to comply with this punitive article will incur some very harsh penalties for any service member caught in the government’s crosshairs:

A single mistake should never cost you your military career, let alone your freedom. Contact Bilecki & Tipon today for a free consultation into your case.

Defining Article 92 of the UCMJ

Every punitive article of the UCMJ requires prosecutors to prove beyond a reasonable doubt a handful of critical assumptions that are known as elements so that they can convict you of a crime. Article 92 describes three possible offenses that a service member may be accused of.

The act of disobeying a broad general order or regulation isn’t as serious a crime as disobeying a direct command given by a superior officer. With that said, Article 92 still conveys harsh sentencing upon service members who—whether by the willful dereliction, negligence, or inefficiency—fail to obey an order or regulation. From most to least serious:

Article 92 provides many avenues for a military defense attorney to crush the government’s case against you. We’ll start by asking some essential questions into the circumstances of your case, and follow up with additional questions to help us define our trial strategy:

You can’t change the past, but you can influence your future hearing or trial with a ruthlessly effective military defense attorney. Contact Bilecki & Tipon today for a free consultation into your case.

Military Defense Lawyers for Failure To Obey an Order Charges

General orders and regulations in the military are often terribly confusing, notoriously conflicting and ineffectively promoted. Bilecki & Tipon has firsthand experience defending service members against these orders and can help you secure the best possible outcome in your case.

Bilecki & Tipon will help you fight back against charges under Article 92: Failure to Obey Order or Regulation

What Is a General Order or Regulation As Defined by the Military? 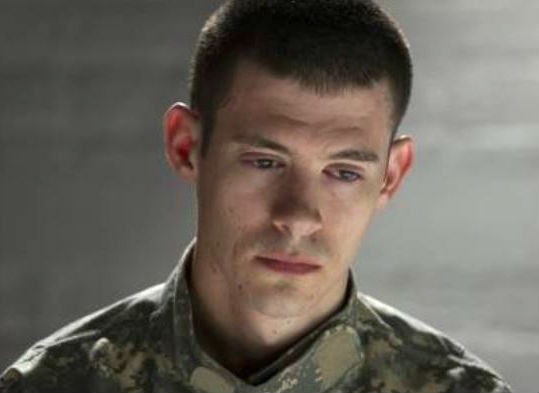 Any order or regulation passed down from the highest echelon of the military—including the President, Secretary of Defense, Homeland Security, or any military department—as well as any general officer with troops under his or her command, has the ability to issue a general order or regulation that affects all military personnel under that command.

General orders are often broad in scope, heavy-handed, and many times, not properly communicated across the branch or subdivision of the armed forces they seek to reshape. An overly broad order alone may be enough to secure an acquittal for our clients.

What Is the Maximum Possible Punishment for Article 92?

This article is a broad collection of offenses, all of which are loosely related to the act of disobedience to perform an order or regulation. The maximum sentence under this article includes:

Violation of or failure to obey lawful general order or regulation:

Violation of or failure to obey other lawful order: