At Bilecki Law Group, we defend service members against charges of disrespect toward a superior commissioned officer under Article 89 of the UCMJ. We believe you shouldn’t pay the price for an officers’ feeling of insecurity.

What is Article 89 of the UCMJ?

Disrespect toward a superior commission office under Article 89 of the UCMJ occurs when a service member commits an action, omits a proper action, or uses certain language toward a commissioned officer that is deemed disrespectful. The UCMJ then defines “disrespectful behavior” as any behavior that detracts from the respect due the authority and person of a superior commissioned officer.

Now, you might be questioning whether you read that correctly and if you are finding yourself facing charges under Article 89, you may have not known this charge was even possible. Unfortunately, you did read that correctly. To say it another way, if you hurt an officer’s feelings they can try to charge you under Article 89. Whereas good order and discipline is essential to the military, this charge can be used in a fickle and capricious nature when wielded by an insecure officer.

Keep in mind that one can find themselves a commission officer in the early 20’s and meanwhile, it might be a 20-year veteran of multiple deployments that finds themselves under their command. In as much as respect or disrespect is a relative experience, this is one of the more abused Articles of the UCMJ. If you are facing these charges, you are not alone and in good company with some of the finest men and women in military history.

What Must Be Proven To Convict Under Article 89?

There are 5 essential elements that the prosecution must prove to convict under Article 89 and it’s best to just to lay them out as matter of fact. They are as follows: 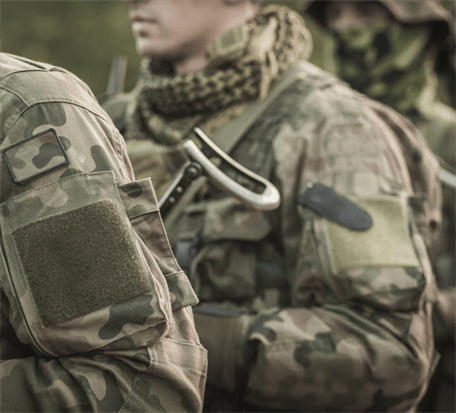 As it pertains to disrespect, the UCMJ offers some additional clarification. Disrespect by words may be conveyed by abusive epithets or other contemptuous or denunciatory language. The truth of those words is no defense, despite the fact that some officers do indeed deserve to hear those truths. Disrespect by acts includes neglecting the customary salute, or showing a marked disdain, indifference, insolence, impertinence, undue familiarity, or other rudeness in the presence of the superior officer.

Now, here is the real kicker. It is not essential that the disrespectful behavior alleged be in the presence of the superior. The UCMJ does indicate that an individual would not ordinarily be held accountable for what was a purely private conversation, but the door is still open for charges if command desires it. This means if a Staff Sergeant tells his platoon in private not to listen to the LTs ignorant instruction on land navigation, the Staff Sergeant could be brought up on charges merely for trying to save his platoon from getting lost. It’s a charge that’s abused far too often.

If the new boot Lieutenant made you angry and you said some unkind words to him, you can be charged under Article 89. However, if that anger boils over and you put your hand on the officer in any manner, the charges are going to get serious real quick. Article 89 also covers assault of a superior commissioned officer and the consequences are severe.

If you are convicted under Article 89 for assaulting an officer, you can receive a max punishment of a dishonorable discharge, forfeiture of all pay and allowances, 10 years confinement, and a reduction in rank to E-1. If you commit this act in a time of war, the max penalty is death.

An eligible action of assault could mean to strike an officer which is defined as any intentional contact and any offensive touching of an officer, however slight. It can also include drawing or lifting up a weapon against an officer or to brandish it in any threatening manner in the presence of the officer. There also exists a catch-all phrase of “offering violence against” which would include any type of assault not specifically mentioned. The way some commands operate, we wouldn’t be surprised if there was some poor PFC charged under Article 89 for merely passing gas in the officer’s general direction.

Contact Bilecki Law Group today for a consultation of your case.

An Officer Is Not Always a Gentleman Or Always Right

The truth is that military history is littered with stories where junior personnel defied the orders of a superior officer and were right to do so. Medal of Honor Recipient Dakota Meyer was famously ordered to stand down and not enter the kill zone of an ambush that was laying waste to his buddies. He essentially told his command to go pound sand themselves and charged into the kill on his way to earning the nation’s highest military honor.

HBO’s Band of Brother series, which chronicled the actions of Easy Company in World War 2, often showed this dynamic when an incompetent officer is placed in command of competent men.  There is not a service member reading this who wouldn’t have willingly faced charges under Article 89 if they found themselves under the command of Captain Sobel.

All of that to say that you are not a bad service member if you are facing charges or court martial under Article 89. Rather, you are in the company of some of the most gallant men and women in our nation’s history and it may very well be that receiving this charge is one of your proudest moments. The only problem is that you still have to fight the charge or the military justice system will roll over you and destroy your life. So, let’s talk about how we fight and how we win.

It is a well known fact that there are good leaders in the military and there are bad leaders. We are going to leave no stone unturned to find out exactly who this superior officer you reportedly disrespected actually is. We’re going to source his/her reputation and put it on display for all to see. That’s because experience tells us that the type of officer that pursues some BS charge has been operating that way for a long time.

We’re also going to look at whether the officer in question conducted themselves in a proper manner during the incident of disrespect. There exists a clause in the UCMJ where an officer through their own misconduct would have essentially abandoned that rank and position. That means when a Sergeant Major pulls on a young Captain who is acting inappropriately, a little disrespect may have been warranted.

Then, we’re going to examine how you have conducted yourself throughout your career. If you have an outstanding record full of inexplicable gallantry, some officer with glass emotions doesn’t get to ruin that because you spoke candidly. We’ll show the prosecutorial overreach for what it is. Finally, we’re going to consider getting that officer on the stand where we will put their credibility to the test. You have to follow the UCMJ and show respect to the very officer who is trying to ruin your life. We have no such restraints. If need be and warranted, we’ll shred that officer to pieces on the stand. No quarter. No compromise. No cozying up to the very system that is trying to destroy our client.

Holding The Military Accountable For Misuse And Abuse Of The UCMJ

Absolutely nothing gets us fired up more than misuse and abuse of the UCMJ. It’s not that the UCMJ doesn’t serve a proper purpose. It does and military order and discipline is essential to service. The problem is that there is little to no consistency as to how the UCMJ is enforced from command to command. The military justice system needs individuals to violate the UCMJ so that they can make an example out of them. Don’t let that example be made out of you.

If you are facing charges of disrespect or assault under Article 89, reach out to us for a free case evaluation. You can’t let them make an example out of you and certainly not if the charges are based on the fragile emotions of some officer. If they were offended by what you said and did, they’re going to need some emotional counseling after we get done with them. We fight and we win for you. With our nation facing peer level threats in the near future, we need more men and women like you in uniform who are not afraid to disrespect an officer when the moment calls for it. Military history is conclusive on this matter and that’s why we fight like hell to keep you in the fight that matters most.

How Does the Military Define “Disrespect” Toward a Superior Officer?

According to the Manual for Court Martial: Disrespectful behavior is that which detracts from the respect due the authority and person of a superior commissioned officer. It may consist of acts or language, however, expressed, and it is immaterial whether they refer to the superior as an officer or as a private individual. Disrespect by words may be conveyed by abusive epithets or other contemptuous or denunciatory language. The military does not consider truth a defense under Article 89. A service member who is in the right may still be found guilty of disrespect.

What Is the Maximum Possible Punishment for Article 89: Disrespect Toward a Superior Commissioned Officer?

What Are Some of the Lesser Included Offenses for Article 89?