In a complicated case that spanned over half a decade, the E-6 was charged at a General Court Martial for bigamy, adultery, and various forms of financial fraud, all stemming from the divorce of his first wife that occurred five years earlier. The government claimed that the defendant created a forged divorce decree, and used it to illegally re-marry his current wife and collect additional housing allowance.

In 2007, prior to obtaining Bilecki Law Group the Staff Sergeant was in the process of divorcing his first wife and utilized an online divorce website in order to obtain an uncontested divorce. After paying the fees, and providing all the required documents, it took about six months for our client to receive what appeared to be a legitimate divorce decree. Based on that document, the Soldier believed that the divorce had occurred, and he began paying child support to his ex-wife through the state’s child support enforcement agency.

Nearly one year after the defendant received the initial divorce decree he learned that his ex-wife re-filed for divorce, claiming that the initial decree was not valid, and seeking additional financial support. The Staff Sergeant did not respond to the second divorce decree request, because he believed it was a stunt by his ex-wife to extort more money from him. He did not take any action on the new divorce request, and the family court later dismissed the matter. During the entire time, the defendant’s ex-wife continued accepting his child support, paid through the child support enforcement agency. The defendant also subsequently remarried, which formed the basis for the bigamy charges.

Years later, the Staff Sergeant received emails from an attorney representing his ex-wife, claiming that the initial 2007 divorce decree was a forgery. The emails went on to say that the matter would not be reported to the Soldier’s commanding general, providing that he agreed to pay his ex-wife over $25,000 in additional child support and give her a portion of his retirement. The Staff Sergeant refused and a criminal investigation followed.

Nearly a year after the initial criminal investigation began, and with the defendant’s continued refusal to give in to the excessive financial demands of his ex-wife, the government preferred criminal charges against him at a General Court Martial. Bilecki Law Group was then retained to fight the charges of bigamy, adultery, financial fraud and falsifying documents.

Mr. Bilecki utilized one of the law firm’s best investigators and ordered a complete investigation beginning with the online divorce services website that was used in 2007; something Army CID did not think was important enough for it to do. The findings were alarming. The online divorce website was actually a Delaware corporation that did not employ any attorneys. Moreover, the corporation had been served with an Assurance of Discontinuance, filed by the Delaware State Attorney General’s office for violating the Consumer Protection Act, engaging in deceptive and unfair acts, engaging in the unauthorized practice of law and for misrepresenting their employee’s qualifications to provide legal advice and engage in the practice of law. A deeper probe revealed that over 35 complaints were filed against it in Delaware alone, which is not where the divorce incidents occurred, and many of the complaints alleged fraud. This was compelling exculpatory evidence that Army CID either did not believe was important enough to seek, or did not care enough to find. 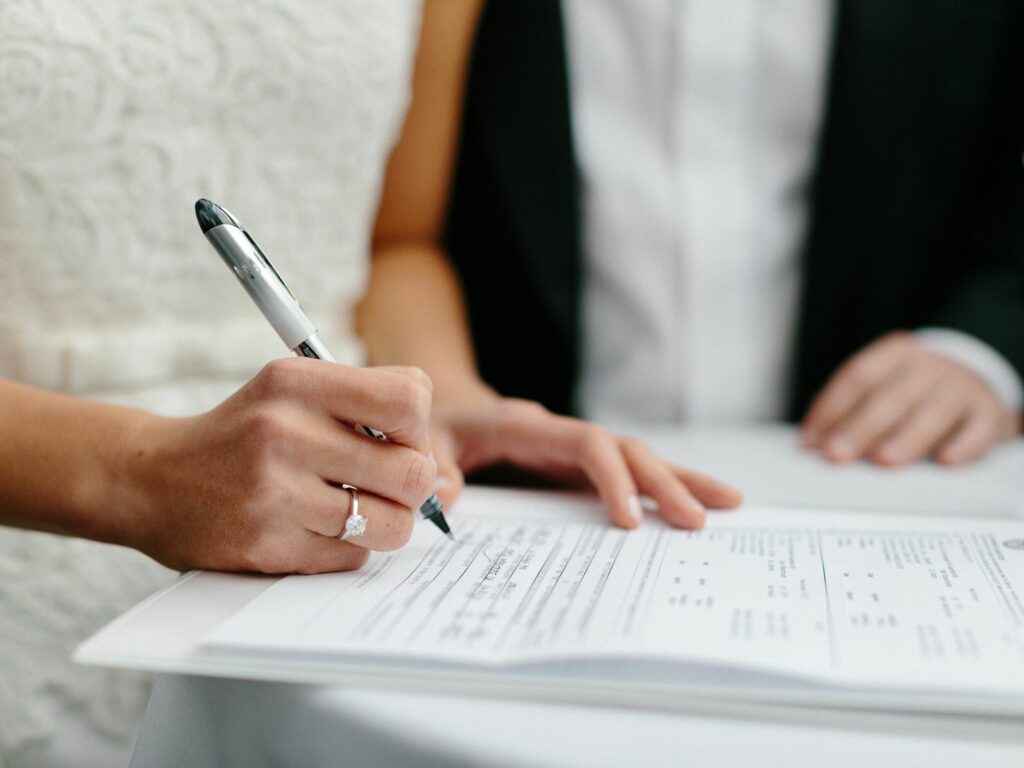 Bilecki investigators conducted a full background check on the ex-wife, and discovered that she had significant debt, as well as serious truthfulness and credibility problems. Bilecki conducted the investigation the government should have completed during the initial stage of the case. Mr. Bilecki traveled to Camp Casey, Korea for the Article 32 hearing in this case. Given the evidence the defense team obtained, the government finally withdrew and dismissed all charges against the Client after the Article 32.