At Bilecki Law Group, we defend service members against charges of retaliation under Article 132 of the UCMJ. We’ll fight to get your truth heard, weighed, and measured.

Article 132 of the UCMJ governs charges of retaliation as committed by members of the United States Armed Services. The charge presupposes that adverse personnel action was threatened or took place in order to discourage or punish another service member from reporting misconduct.

Military life gives senior personnel wide ranging authority and control over other service members’ lives. As such, the opportunities to retaliate against another service member range from the mundane of giving them next to last fire watch to the grossly unethical such as ending one’s career and forcing the service member and their family to move to an undesirable location.

In fact, we’d go so far as to say that retaliation or the enforcement of what senior leaders perceive as natural consequences is part of daily military life. This is problematic for senior leaders as punishment or adverse personnel action may be required for reasons unrelated to the reported misconduct. That misconduct was reported, and a service member justly deserved adverse action could both simultaneously be true. If so, you’re going to be in a fight with the military justice system to prove your innocence.

The government believes you’ve defrauded them and they will spare no expense to see you behind bars. Do not risk a conviction. Fight back with Bilecki Law Group—the premier defense team operating in the U.S. and the Pacific today.

What Charges Reside Under Article 132 of the UCMJ?

The UCMJ defines “protected communication” as a lawful communication to a Member of Congress or an Inspector General, or a communication to a covered individual or organization in which a member of the armed forces complains of, or discloses information that the member reasonably believes constitutes evidence of (1) a violation of law or regulation, including a law or regulation prohibiting sexual harassment or unlawful discrimination, or (2) gross mismanagement, a gross waste of funds, an abuse of authority, or a substantial and specific danger to public health or safety.

Retaliation (Threatening or Taking Adverse Personnel Action) – For a service member to be found guilty, the prosecution must satisfy the following two elements:

What If The Retaliation Was Justified?

As it pertains to Article 132, the UCMJ offers some clarity on what it considers an adverse personnel action. It defines “personnel action” as any action taken on a servicemember that affects, or has the potential to affect, that servicemember’s current position or career, including promotion, disciplinary or other corrective action, transfer or reassignment, performance evaluations, decisions concerning pay, benefits, awards, or training, relief and removal, separation, discharge, referral for mental evaluations, and any other personnel actions as defined by law or regulation.

An example would be that a young Corporal walks in on the CO having a bit too much fun with a younger female Marine in the Company. The CO threatens or tries to NJP the poor bastard for some BS charge as a result. Now, if the reason the Corporal caught the CO was because the Corporal himself was drunk and trying to sneak a cocaine-filled companion on base, the Corporal rightly and justly deserves his own punishment. The two are unrelated and though the CO’s thirst for young Lance Corporal tail is equally wrong, the CO wouldn’t be wrong to punish the Corporal. 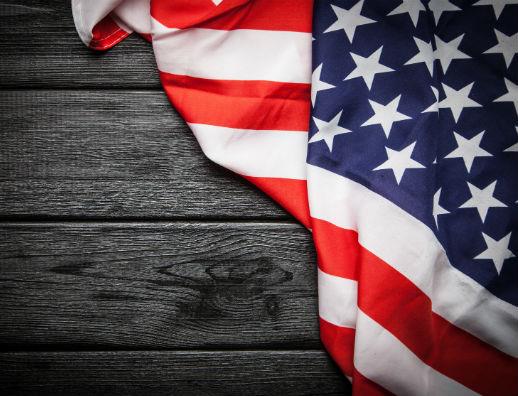 How To Fight Back And Win Against Article 132 Charges?

If you are finding yourself under investigation or charged with retaliation under Article 132, you’re going to have a pretty big fight on your hands. You see, the military justice system does not exist to ferret out truth or pursue justice at all costs. The military justice system exists to preserve military order and discipline. For that to work, they have to make public examples out of someone and if you don’t fight back, they’ll make that example out of you.

Damn it, you were doing your job as a leader and you’re not going to forfeit your career or your retirement on the word of some other service member with delicate sensitivities and feels persecuted. Even if you did wrong in some other manner, we can fight the charge of retaliation so that the prosecution can’t stack more punishment on top. We’re going to fight to secure you the best possible outcome and we are going to win.

If you are facing charges of retaliation, reach out to us and we’ll shoot you straight on exactly what you are facing. We’ll give you a free defense strategy session that you can use, even if you choose not to retain us. Just know that if you do retain us, we’re going to fight like hell on your behalf. You ‘re a good leader and you’re not afraid to make the tough calls. That’s what got you into this accusation of retaliation to begin with. Get us into the fight and we’re going to make that truth known to all.

Do not let accusations of a fraudulent claim destroy your military career and future. Contact Bilecki Law Group today for a free consultation into your case.

Bilecki Law Group has defending service members from charges of fraudulent claims. Our experienced legal team has fought and won cases involving forged signatures, false papers, and other damning evidence which almost certainly would have sunk most other defense teams.

Bilecki Law Group will help you fight back against charges under Article 132: Frauds Against the United States

What Is the Maximum Possible Punishment for Article 132: Frauds Against the United States?

For charges related to delivering less than the amount called for by receipt or neglecting to ensure a proper amount of supplies has been furnished in accordance with payment:   Less than $500: