On the surface, these charges may seem small if you consider that most military property incurs damage at some point in its life. However, when you examine the Article more closely and realize that guilt under Article 110 could come with the death penalty, you quickly understand that hazarding a vessel is no ordinary charge.

What’s the Difference Between Willful or Negligent Hazarding of a Vessel?

There are two paths that charges under Article 110 can take and it boils down to your intent. If you willfully hazarded a U.S. vessel, they can actually come after you with the death penalty. The United States Military does not take kindly to its own service members accomplishing what the enemy could only dream of. Meanwhile, the military is just as vigilant when it comes to negligent hazarding and while they can’t take your life, they’ll try to take everything else. So let’s run through the core definitions they will use when determining charges: 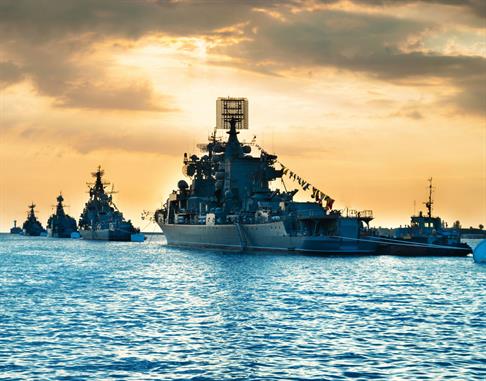 Vessel – includes every description of watercraft or other artificial contrivance used, capable of being used, as a means of transportation on water.

Willfully – means intentionally or on purpose.

Negligence -means the failure to exercise the care, prudence, or attention to duties, which the interests of the government require a prudent and reasonable person to exercise under the circumstances. This negligence may consist of omission to do something the prudent or reasonable person would have done, or the doing of something which such a person would not have done under the circumstances.

Suffered -means allowed or permitted. (A suffering through neglect implies an omission to take such measures as were appropriate under the circumstances to prevent a foreseeable danger.) (A ship or aircraft is willfully suffered to be hazarded by one who, although not in direct control of the ship or aircraft, knows a danger to be imminent but takes no steps to prevent it.)

One must understand that the consequences of an inexperienced lawyer failing to prove that the damage was a result of negligence as opposed to willful acts could prove costly. On the books, it could cost you your life. Though it might seem far fetched for the modern military to pursue the death penalty, there is one such recent case that is putting that notion to the test.

Willful Hazarding of the USS Bonhomme Richard Under Article 110

At approximately 8:50 a.m. on July 12, 2020, witnesses reported an explosion about the USS Bonhomme Richard while the ship was undergoing maintenance in San Diego. Because the ship was in maintenance, on-board fire-suppression systems had been disabled. What started off as a small fire continued to burn for the next 5 days. A total of 40 Sailors and 23 civilians would be injured while fighting the blaze and 11 of 14 decks sustained water and fire damage. Portions of the flight deck, as well as other decks, were warped and bulging. Meanwhile, the island was nearly gutted by the fire.

The damage was so severe that it was estimated to take between 5 to 7 years to repair at a cost of $2.5 to $3.2 billion. Rather than incur the cost, the Navy decided that the best course was to decommission the ship and sell it for scrap. By any definition, it was clear that the USS Bonhomme Richard had been hazarded. Whether by willful acts or negligence, a ship was lost in its entirety, and someone was going to pay a heavy price.

On July 29th, 2021, the Navy charged Seaman Apprentice Ryan Sawyer with aggravated arson under Article 126 as well as hazarding of a vessel under Article 110. Sawyer is facing a military justice system that wants accountability for the total loss of a billion dollar vessel. Sawyer originally joined the Navy to become a SEAL, but after he washed out after just 5 days of training, he was assigned to the USS Bonhomme Richard. A decision that, if he is indeed guilty, would prove to be one of the more costly decisions in recent memory.

How To Fight and Win Against Article 110 UCMJ Charges

More than most, we are going to hold on to the notion that service members are innocent until proven guilty. So we are not going to impute guilt upon Sawyer, but we are going to use this case due to its high profile nature to instruct you on the cold hard truth about Article 110 charges. That’s because you don’t have to sink a ship to find yourself facing significant jail time or consequences for hazarding a vessel.

If Sawyer did start this fire, he was guilty of hazarding the vessel the moment he started the fire. It wouldn’t matter if another Seaman came along and instantly put out the fire. No damage was necessary for him to have put the vessel in harm’s way. That the entire vessel was lost is perhaps the worst-case scenario for both the Navy and the defendant. Only if the hazarding took place at sea in the middle of combat operations could one imagine the charges being worse.

As it stands for the average service member whose willful or negligent acts did not sink a vessel of the US Navy, there is greater hope for you to avoid the worst consequences or to become the scapegoat for a negligent command structure. Here at Bilecki, we put together an aggressive defense that gives the prosecution no easy wins and we’ll make them fight to prove themselves every step of the way.

We’ll examine if the prosecution can draw a straight line between your actions and the hazarding, or if they are making assumptions for expediency. We’ll examine what your assigned duties were at the time and what other service members may have contributed to the hazarding. We do our own investigation into the facts as we have learned never to fully trust what comes out of NCIS, regardless of what the TV show makes you think about them.

As mentioned before, the maximum punishment for willful hazarding of a vessel is death. Again, though it is hard to imagine the modern military pursuing such consequences, the hazarding of the Bonhomme Richard will at least give us a modern glimpse of insight into that will.

Meanwhile, negligently hazarding a vehicle can carry a max punishment of a reduction E-1, forfeiture of pay and allowances, confinement for 2 years and a dishonorable discharge.

To sum it up, you stand to lose everything if you don’t fight the charges levied against you under Article 110. The US Navy is not going to lose another ship to hazarding and if they need to throw the book at you to make an example out of you, they will gladly do so rather than risk the total loss of another vessel. As a result of the Bonhomme Richard, you can trust that any service member facing hazarding charges are going to get the worst the military justice system can throw at them.

Even if you are under investigation for hazarding under Article 110, now is the time to reach out to an experienced military defense attorney. Don’t wait until they have spent the past year seeking to prove your guilt to get your defense together. If they are planning on charging you with hazarding, they are coming to destroy you. You cannot coexist with a military justice system that is out to destroy you. Reach out to us now and get us into the fight. We’ll make sure that you present yourself a hard target so that they move on to the next guy to make an example out of. This is your life and your career. Take the fight back to the military justice system and you can win.