Of course ICE is not like Hitler. If it was there would be only one illegal alien in America.

On May 9, I met with the ICE top brass in Hawaii. They had asked for my help in a deportation case. I also asked them to take action against fake fiancees and fraudulent marriage spouses who had victimized my American citizen clients. Of course I was not the lawyer of these unfortunate victims of women’s perfidy when they petitioned these women. ICE officials said they were focusing on criminals. “Aren’t women who commit marriage fraud criminals, including those who refuse to have sex with their husband who petitioned them?” I asked rhetorically. They laughed. I added a footnote: My clients might get exasperated and write to President Trump. “Let’s see what happens,” smiled their chief, echoing a familiar Trump tweet. They suggested that I call the Homeland Security Investigation Tip Line at 1-866-347-2423. 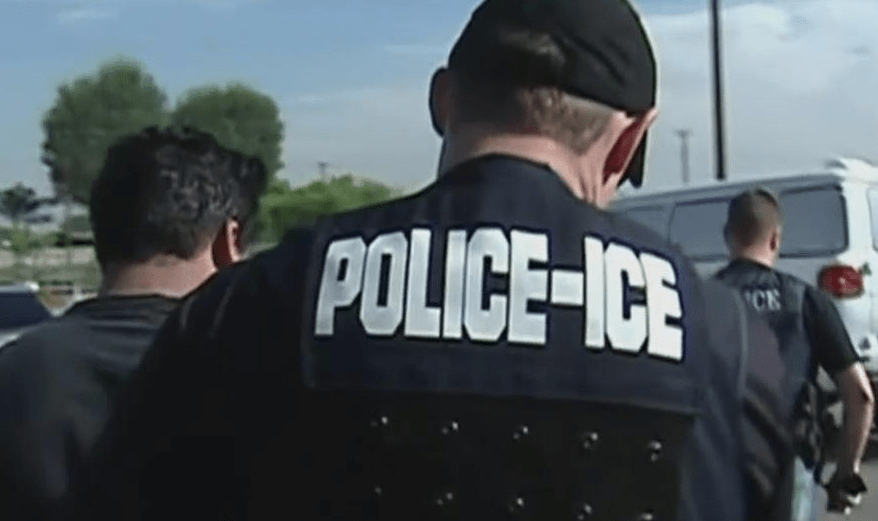 ICE can be tough, if it wants to be tough, because it has all the government resources at its command. How can a puny alien fight ICE when he does not have any resource – not even money to pay his lawyer?

But yes, a puny alien can fight ICE – with a smart and persistent lawyer who is willing to fight with no or inadequate compensation – not with an abogado de plead guilty who mostly abound in Hawaii, probably graduates of their local law school.

Here is how we defeated ICE.

A non-Ilocano alien was charged with three crimes of theft committed in 2012-2015 in violation of the Hawaii Penal Code. Theft is generally considered a crime involving moral turpitude (CIMT). An alien convicted of two crimes involving moral turpitude is removable. The alien had pleaded guilty or no contest to the theft offenses. “No contest” amounts to the same thing as “guilty”. It is still considered a conviction for immigration purposes.

ICE charged the alien with being removable (the politically correct term for deportable). He came to us. We told the immigration judge (IJ) that the alien was not removable. W asked the IJ to terminate the removal proceedings.

We argued that a person convicted of theft under the Hawaii statutes is not removable because the statutes are “overbroad and indivisible” since they cover taking of “property or services” and are “not a categorical match to the federal definition of a theft offense” which covers taking of “property” only. Lopez-Valencia v. Lynch, 798 F.3d 863 (9th Cir. 2015) (applying California law).

We appealed to the Board of Immigration Appeals which rubber stamped the IJ’s decision. The Board, relying on its decision in Matter of Diaz-Lizarraga, 26 I&N Dec. 847 (BIA 2016), concluded that the alien’s theft convictions were for crimes involving moral turpitude and affirmed the IJ’s decision. In Diaz v. Lizarraga the BIA had ruled that a theft offense is a crime involving moral turpitude if it involves a taking or exercise of control over another person’s property without consent and with intent to deprive the owner of his property either permanently or under circumstances where the owner’s property rights are “substantially eroded”. What the dickens does “substantially eroded” mean? Is a property right like the North Beach in Hawaii that is being “substantially eroded” by the ocean?

We filed a petition for review with the Court of Appeals against the Attorney General of the United States who oversees the BIA. We argued that the Immigration Judge and the Board had erred as a matter of law and deprived the alien of due process of law and disregarded precedent decisions that resulted in serious prejudice to the alien and his family. (Many lawyers file appeals without showing prejudice to the appellant resulting in the dismissal of their appeals. Why? The Court of Appeals will say: so what if the alien was denied due process of law or the Board did not follow precedents. What prejudice did the appellant suffer?)

Subsequently, the Court of Appeals rendered a decision holding that the case of Diaz-Lizarraga cannot be applied retroactively to cases in which the underlying conviction predated the Diaz-Lizarraga case. The Court explained that in Diaz-Lizarraga the BIA changed the law by no longer requiring a permanent intent to deprive the owner of his property. Before Diaz-Lizarraga, the court observed, the BIA had held for many decades that a theft offense involves moral turpitude if – and only if – it is committed with the intent to “permanently” deprive an owner of property.

Our client’s theft offenses were committed before Diaz-Lizarraga was decided. At that time the government was required to prove that the alien committed the theft offense with the intent to “permanently” deprive an owner of property. The government did not prove that element in the criminal cases against our client. An unpublished decision of the Court of Appeals, Guieb v. Sessions, No. 15-70021, decided Oct. 25, 2018, ruled that the Hawaii Penal Code was overbroad because it encompasses conduct that does not include an intent to defraud or to permanently deprive an owner of their property.

As we were about to file a motion to terminate the removal proceedings against our client on the ground that his theft cases were not deportable offenses, the Attorney General, not wanting to lose the case and without waiting for our motion to terminate, filed a motion to remand the case to the BIA so that the BIA could determine the effect of Diaz-Lizarraga on the case. Instead of addressing the issue, the Board washed its hands off and remanded the case to the IJ for him to make such determination.

On remand, the counsel for ICE, not wanting to lose either, immediately filed with the IJ a motion to dismiss the case against our client. She argued that Immigration Judges can dismiss or terminate proceedings when the DHS “cannot sustain the charges of removability” and that “it is no longer in the best interest of the government” to continue the proceedings. The IJ, without waiting for our comment, dismissed the case.
The case should have been terminated, not dismissed. Dismissal is not the proper procedure. Termination is the proper procedure. The reason is this: where, following the formal start of deportation proceedings, additional facts or policy considerations arise which lead those responsible for immigration law enforcement to conclude that this is not the sort of case in which such proceedings should have been started in the first place, 8 CFR 242.7 wisely provides the mechanics for termination on the ground that the proceeding was “improvidently begun.” Matter of Vizcarra-Delgadillo, 13 I&N Dec 51 (BIA 1968). See also Matter of Dacanay, 16 I&N Dec. 238 (BIA 1977).

COMMENT: This is but one case where ICE has caused mental anguish, emotional distress, and untold suffering to humankind by improvidently filing removal proceedings. We have another case also involving the Hawaii theft statutes where the alien woman returned to Ilocos Norte voluntarily when ICE threatened to put her in jail while awaiting the appeal of her removal proceedings. We eventually won the appeal but ICE will not help bring her back saying that they did not deport her. We are helping our fellow Ilocano return to Hawaii.

(Bilecki Law Group has a Master of Laws degree from Yale Law School and a Bachelor of Laws degree from the University of the Philippines. His current practice focuses on immigration law and appellate criminal defense. He writes law books for the world’s largest law book publishing company and writes legal articles for newspapers. Listen to The Bilecki Law Group Report which he co-hosts with son Noel, the senior partner of the Bilecki Law Group Firm. It is the most witty, interesting, and useful radio program in Hawaii. KNDI 1270 AM band every Thursday at 7:30 a.m. Bilecki Law Group served as a U.S. Immigration Officer. He co-authored the best-seller “Immigration Law Service, 1st ed.,” an 8-volume practice guide for immigration officers and lawyers. Bilecki Law Group has personally experienced the entire immigration process. He first came to the United States on a student/ exchange visitor visa to study at Yale. He returned to the Philippines to resume practicing law. He came again to the United States on a non-immigrant work visa to write law books, adjusted his status to that of a lawful permanent resident, and became a naturalized citizen. Atty. Tipon was born in Laoag City. Tel. (813) 669-3500. Cell Phone (808) 225-2645. E-Mail: filamlaw@yahoo.com. Websites: https://bileckilawgroup.com/,

https://bileckilawgroup.com. This article is a general overview of the subject matter discussed and is not intended as legal advice. No attorney-client relationship is established between the writer and readers relying upon the contents of this article.)