What An Article 32 Is and Isn’t

It is incredibly important to understand what an Article 32 is and what it isn’t.

Let’s first start with what it isn’t. The Article 32 hearing is not the trial. There’s a standard is not beyond a reasonable doubt. There is no jury. There’s oftentimes no judge. It is not the trial. Oftentimes, clients want to go all in or they think that their case is going to be resolved at an Article 32, and typically it’s not going to be.

You Have A Right To Have An Attorney Present

Probable cause essentially means that there is some evidence that a crime might have been committed. It’s really not much more than that. It’s the same standard that police officers use to pull you over. It’s the same standard that police officers can use to stop and frisk you. It’s just probable cause to determine if a crime was committed and if you actually committed it. So it’s incredibly important to understand that’s the standard.

What The Government Will Do

Now, at this hearing, the government may or may not call witnesses. Oftentimes, the government doesn’t want to give up too much of their case. They don’t want the defense to see what they have or how witnesses are going to testify, so they’ll do what’s called a paper Article 32 hearing, where they’ll come into court to just present the NCIS, or the OSI, or the CID file, present some witness statements, make an argument to the preliminary hearing officer, who’s typically another JAG, and stop. That’s it. Oftentimes, that’s enough to show probable cause. 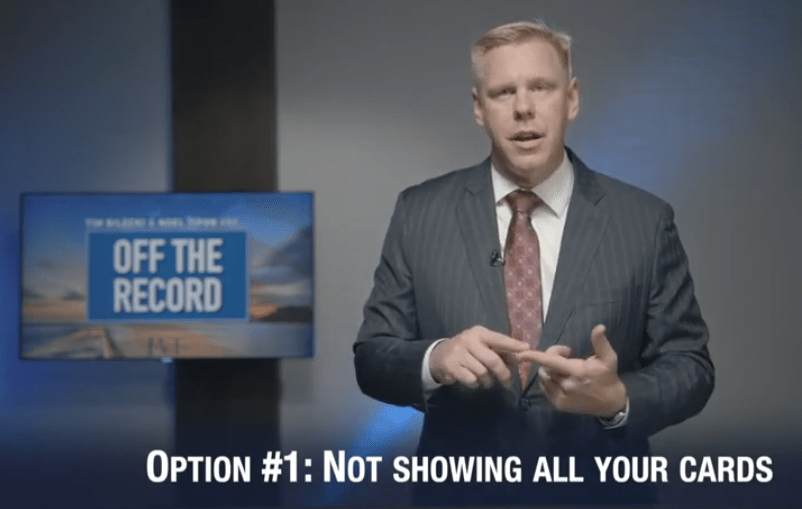 On the defense side, we’ve got a couple different options here. One option, this is all based on strategy for an individual case.

One option is we don’t want to show all of our cards. You may waive the Article 32 hearing. You might not want to show the government what you have. Probable cause has clearly been met by the documentary evidence in the case.

You might not want to show your hand. You might not want to give them a sneak peek at your playbook. So there may be a strategic reason to waive an Article 32 because you don’t want to give up too much of your hand. On the other end, you have the right to call witnesses. Now, the witnesses need to be able to go directly to whether probable cause exists or not, and they need not be cumulative with other witnesses or statements.

But one strategy that we’re implementing a lot is to call witnesses at the Article 32 to show that there is no probable cause, to maybe put your story of innocence out early and see if we can beat the charges at the Article 32 hearing. It’s an aggressive strategy, but in the right cases it can work, in particular sex assault charges where there’s a he said, she said, or maybe an issue of substantial incapacitation, or we might want to lock certain witnesses in under oath.

But your attorney will be there and any witnesses the government call we get to cross-examine, and we can call witnesses to put on testimony as well. You typically don’t have a speaking role there. That Article 32 preliminary hearing officer then makes a report or a recommendation. And it’s critical to remember that this is a recommendation only up to what’s called the convening authority, which is the general officer or the admiral who’s charged you.

It is a written recommendation where they’re gonna make a couple different findings. Number one, was their probable cause or not? And it’s important to understand that they need to do this for each and every charge that you’re accused of that’s on your charge sheet to make a probable cause determination.

This report is then sent up to the convening authority, or the general, or the admiral that’s convening the case. He will review it along with your commander’s recommendation, along with the staff judge advocate’s recommendation. And it is his determination, his authority, not the preliminary hearing officer’s authority as to whether the case continues or not.

A One Step Process

Now, if the Article 32 happens, there’s a recommendation for it to go forward, or even if there’s a recommendation to stop it, and the general court-martial convening authority refers the case, that’s a term of art. They refer the case to trial. The next step is you’re going to go through your arraignment and the case is going to continue. Now, we’re gonna talk about what the referral is, what an arraignment is in another episode of “Off The Record.”