WHAT IS THE MANUAL FOR COURTS-MARTIAL?

Purpose of the Manual for Courts-Martial

The Manual for Courts-Martial is the U.S. Military’s official reference for courts-martial laws and proceedings for all branches of the Armed Forces. The Manual is updated to conform with the most recent amendments to the Uniform Code of Military Justice and has seen regular additions and revisions since it became the official document of the United States Military and the UCMJ in 1951. The Manual is regularly reviewed and edited by the Joint Service Committee on Military Justice. This committee is tasked with ensuring the manual remains up to date on proper trial etiquette, jurisdictional matters, changes to the punitive articles, and other procedures of the military courts.

The Manual for Courts-Martial has existed in some form since 1890, although it is certain to have been manuals concerning legal proceedings of the military long before that. Perhaps the best known and earliest version of a standard-issue MCM was written by Brigadier General John R. Brooke and Acting Judge Advocate P. Henry Ray while headquartered in Omaha, Nebraska. It was called Instructions for Courts-Martial and was just over 50 pages long. The Manual operated alongside the Articles of War and the Articles of the Government of the Navy for over 60 years, but no definitive manual had yet been printed for military use. On May 6th, 1951, President Truman signed into law an act of Congress which consolidated the newly minted UCMJ and the Manual for Courts-Martial. You can find links to the most contemporary version of the Manual for Courts-Martial along with earlier versions below:

Earlier Additions: The first modern Manual for Courts-Martial which represented all branches of the armed forces was published in 1951. But the MCM goes as far back as 1890. You can revisit all previous editions on the Library of Congress website. 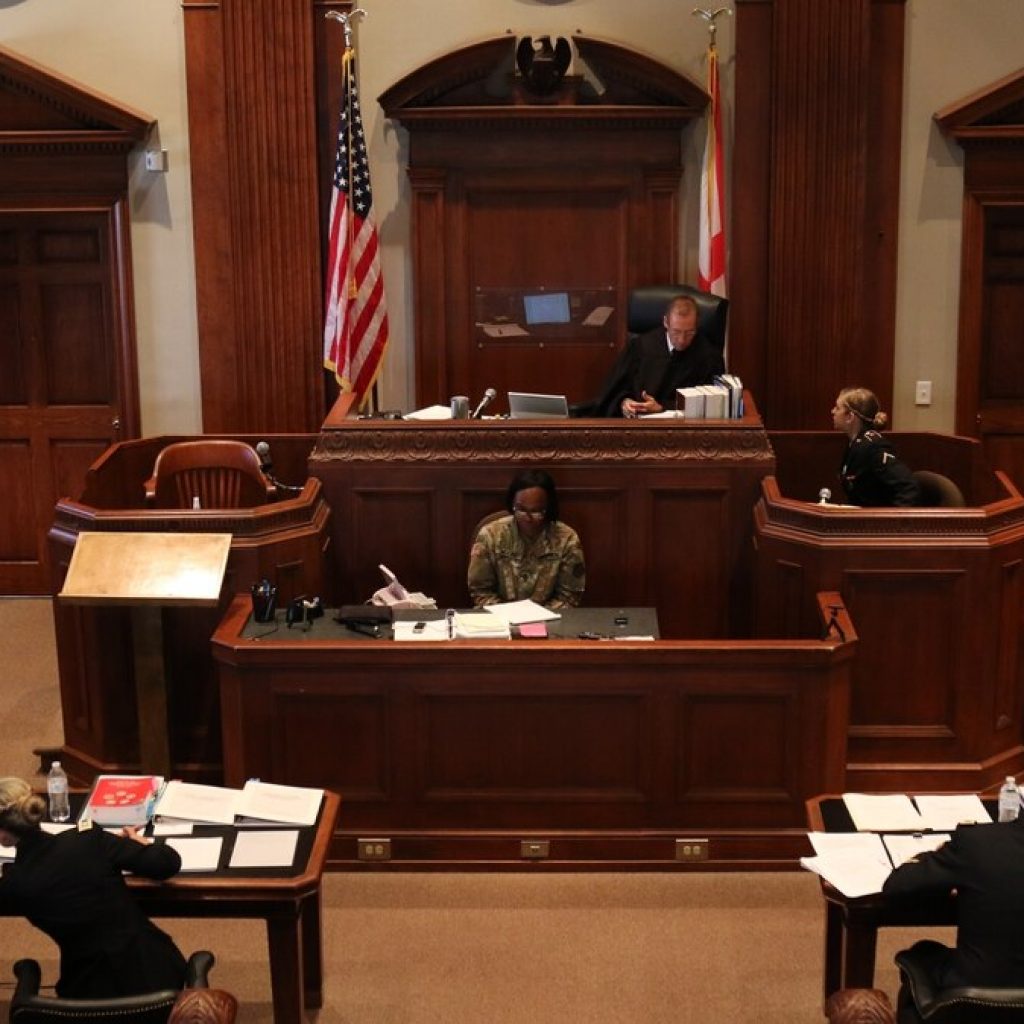 Organization of the Manual for Courts-Martial

The Manual for Courts-Martial is broken down into five parts and supplemented by 28 appendices as of this writing. While the substance of the parts and the number of appendices has seen substantial changes and growth over the years, the structure of the MCM has remained mostly the same since 1950. Part I: Preamble defines the sources and exercises of military jurisdiction and the nature and purpose of military law Part II: Rules for Courts-Martial describe general provisions, rules for apprehension, forwarding and disposition of charges, convening courts-martial, the withdrawal of charges, and more. Part III: Military Rules of Evidence govern what can and cannot be used in military court by attorneys and prosecutors. Part IV: Punitive Articles provides the full list of offenses, their elements, and their minimum and maximum sentences under Subchapter 10 of the U.S. Code. Part V: Non-Judicial Punishment Procedure details who may impose NJPs, how they should proceed, and how punishment should be meted out.

Do You Have Questions About the MCM or an Upcoming Case? We’re Here to Help

If you’re in military law enforcement’s crosshairs, don’t hesitate to reach out to the experienced attorneys at Bilecki & Tipon, LLLC. Call us anytime, day or night, to schedule your free consultation today.