At Bilecki Law Group, we defend service members from public record offenses and fraudulent enlistment, appointment, or separation under Article 104 of the UCMJ

Article 104 of the UCMJ involves a range of charges with regards to public records. This includes altering, concealing, removing, mutilating, obliterating, or destroying public records while serving in the armed forces. Article 104 also covers the fraudulent enlistment, appointment, or separation of a service member, as well as assisting another service member in that act.

Charges under Article 104 of the UCMJ are serious charges and even if you did indeed lie in order to serve in the military, you can find yourself in military prison for merely wanting to serve your country. That’s because, though you may have altered documents in order to enlist, you are in now and that means you are subject to the UCMJ.

You could also be facing severe punishment if in any manner you were involved in the altering, concealing, removing, mutilating, obliterating, or destroying of public records for any reason. Now, we’re not sure which military legal mind sat around and tried to come up with every word and synonym for jacking with your service record, but they seemed to have covered them all. Fortunately, if they can charge you for it then that means you can fight it and you can win. So, let’s run through the various charges.

What UCMJ Charges Exist Under Article 104?

Because charges under Article 104 can get very specific, it is best to just take the wording straight from the UCMJ itself. We’ll not only explain the charge, but we’ll also show you the corresponding max punishment so that you know exactly what is at stake.

If you believe your military career is worth fighting for, then choosing an experienced military defense attorney is your only option. Fight back with Bilecki Law Group, starting today. 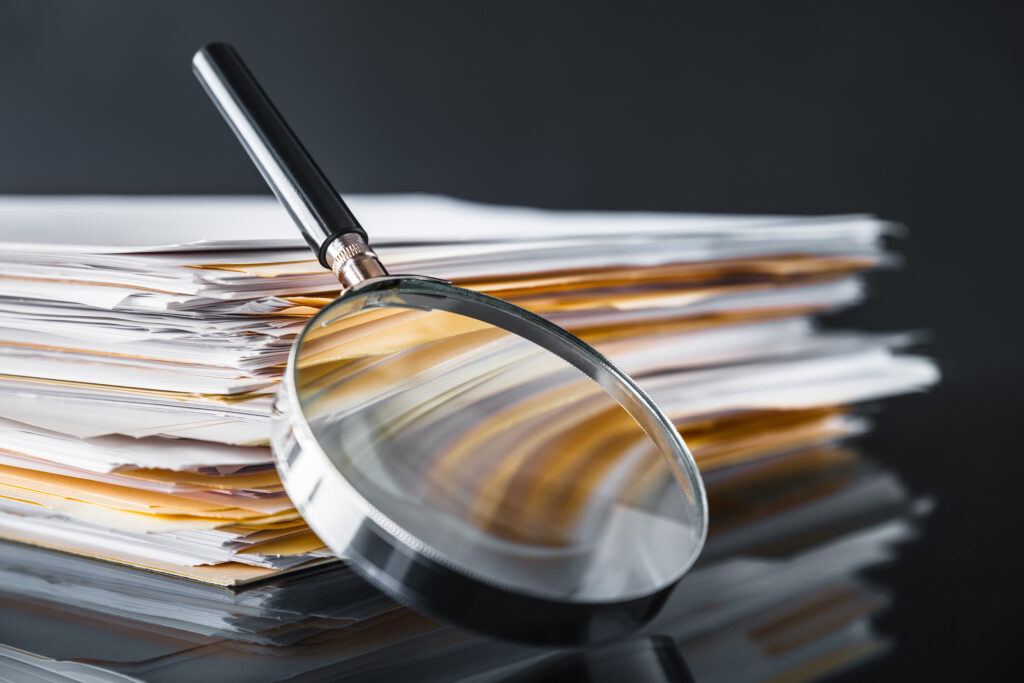 Public Record Charges – For a service member to be found guilty, the prosecution must satisfy the following two elements:

(1) That (state the time and place alleged), the accused [altered, concealed, removed, mutilated, obliterated, or destroyed] [took with the intent to alter, conceal, remove, mutilate, obliterate, or destroy] a public record, namely: (state the record alleged); and

(2) That the [(altering) (concealing) (removing) (mutilating) (obliterating) (destroying)] [(taking)] was willful and unlawful.

Max Punishment: Dishonorable discharge, total forfeiture of all pay and allowances, 3 years confinement and reduction in rank to E-1.

Fraudulent Separation – For a service member to be found guilty, the prosecution must satisfy the following three elements:

(2) That the accused knowingly misrepresented or deliberately concealed (a) certain material fact(s) about (his) (her) eligibility for separation, that is, (state the facts allegedly concealed or misrepresented); and

(3) That the accused’s separation was obtained or procured by the knowingly false representation or deliberate concealment.

Max Punishment: Dishonorable discharge, total forfeiture of all pay and allowances, 5 years confinement and reduction of rank to E-1.

Effecting Unlawful Enlistment, Appointment, or Separation – For a service member to be found guilty, the prosecution must satisfy the following three elements:

(1) That (state the time and place alleged), the accused effected the (enlistment) (appointment) (separation) of (state the name of the person allegedly unlawfully enlisted, appointed, or separated) (in) (from) the United States (Army) (__________);

(2) That (state the name of the person allegedly unlawfully enlisted, appointed, or separated) was ineligible for this (enlistment) (appointment) (separation) because it was prohibited by (law) (regulation) (order), in that (state the ineligibility as described in the specification); and

(3) That the accused knew of the ineligibility at the time of the (enlistment) (appointment) (separation).

Max Punishment: Dishonorable discharge, total forfeiture of all pay and allowances, 5 years confinement, and reduction in rank to E-1.

How Can You Fight Back And Beat Charges Under Article 104?

Fraudulent Enlistment or Appointment – For a service member to be found guilty, the prosecution must satisfy the following four elements:

(2) That the accused knowingly misrepresented or deliberately concealed (a) certain material fact(s) about (his) (her) qualifications for (enlistment) (appointment), that is, (state the facts allegedly concealed or misrepresented);

(3) That the accused’s enlistment or appointment was obtained or procured by the knowingly false representation or deliberate concealment; and

(4) That under this (enlistment) (appointment) the accused received (pay) (and) (allowances).

Max Punishment: Dishonorable discharge, total forfeiture of all pay and allowances, 2 years confinement and reduction in rank to E-1.

In Vietnam, Marine Dan Bullock gave his life at the young age of 15 and clearly didn’t give a damn about Article 104 UCMJ charges in the process. This is a story that is repeated over and over throughout military history in that some men just want to fight, but the bureaucracy won’t let them. It is with their example in mind that we put together our plan to secure you the best possible outcome and that is to fight back.

The prosecution is going to try and make it seem like a done deal in order to make an example out of you. They may tell you they’ll take it easy so that you don’t fight and then, before you know it, you’re staring at max punishment because they need to make an example out of you. So, what’s our plan? We fight back. We cede nothing to them and show that we are willing to take the fight right to the heart of the military justice system if need be.

Remarkably, if you have found yourself in trouble with the UCMJ for forging documents in order to enlist, you are in some very fine company within the halls of military history. Medal of Honor recipient Jack Lucas forged his mother’s signature so that he could enlist and fight in WW2 at the age of 14. When it was later discovered, the Corps tried to keep him out of the fight. However, he jumped on the next ship heading to Iwo Jima where he jumped on two grenades and survived to talk about it.

Namesake and founder Tim Bilecki spent years inside the military justice system as a senior defense counsel for the Army. He has seen first hand how the military justice system stacks the odds in favor of the prosecution. That’s why they boast a 90% conviction rate which should scare the hell out of you. An experienced court martial defense attorney will be able to take that 10% and turn it on its head. Article 104 charges often involve some very concrete evidence, either physical or digital. How that evidence was collected matters.

That’s why we fight. We fight to secure you the best possible outcome, because if you let them, they will destroy you just to scare everyone else into compliance. We fight like hell and if needed, we’ll fight like hell at trial by court martial. We will absolutely destroy the prosecution’s witness on the stand, regardless of rank. You have to fight in order for the prosecution to give up on their dream of making an example out of you and showing the off-ramp.

Look, if you forged your college transcript in order to pursue a commission as a United States Officer and it is found out, you are not going to remain an officer. But you don’t deserve to spend years in military prison because you wanted to fight. If you are facing any array of charges under Article 104 of the UCMJ, you must fight. Reach out to us and we’ll give you a free consultation where we will show you exactly what you are facing. As long as you are willing to fight like hell, so are we. Please don’t assume you’ll get off easy as leniency doesn’t make a very compelling example to maintain military order. They will come for you and they will take everything. Reach out, give us a call.

More Relevant Articles of the UCMJ