Should a commanding officer issue a safeguard during a time of war to protect the property or persons of an enemy or neutral state, and a service member fails to uphold that safeguard, he or she will be subject to  Article 102 of the UCMJ. Like all wartime crimes, Article 102 demands service members pay a heavy price for failing to uphold the law:

Your survival hinges on your next move. Do not allow a mistake to cost you your life and liberties. Fight back with Bilecki Law Group TODAY.

What The Military Needs To Convict You

All of the U.C.M.J. articles requires prosecutors to prove beyond a reasonable doubt a handful of critical assumptions that are known as elements to convict you of a crime. Three elements must be proven by the government for charges under Article 102:

The government will have to prove that a service member failed to protect or uphold a known safeguard by performing acts that violated the safeguarded property or persons. 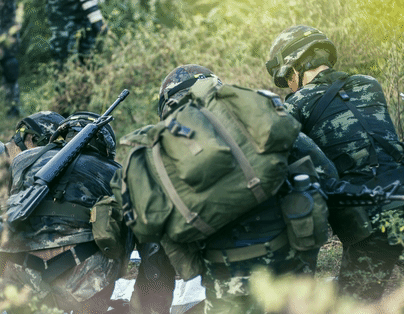 Military Defense Attorney for Article 102 of the UCMJ

The military prosecutors will attempt to prove that you intentionally abused the safeguarded property, which in turn caused immediate harm to the reputation and honor of the United States military in a time of war or belligerency.

An aggressive military defense attorney can combat this by focusing on a few critical aspects of the case:

Do not allow a misunderstanding or mistake in judgment to cost you your life and liberties. Contact Bilecki Law Group TODAY for a free consultation into your case.

For countless years the defense attorneys at Bilecki Law Group have been aggressively defending service members from criminal accusations. We know what you’re up against and we have the experience and knowledge to help you fight back successfully.

Bilecki Law Group will help you fight back against charges under Article 102: Forcing a Safeguard

What Is a Safeguard in Military Parlance?

According to the UCMJ, a safeguard is a detachment, guard, or detail posted by a commander for the protection of persons, places, or property of either the enemy or a neutral party affected by the belligerence.

A safeguard affords people and their property safety from abuse during wartime. The U.S. Government takes seriously any abuse to a safeguard because the failure to uphold it could jeopardize the reputation and honor of the country and its military as a whole.

Article 100 is considered a wartime offense, and due to the serious nature of the offense and its implications during wartime, the Manual for Court Martial provides a maximum penalty of death for all offenses listed under Article 102 if the case is referred capital.

That said, there may be mitigating factors that reduce the maximum sentence under Article 102. For instance, a charge of trespassing alone may be enough for the government to level charges against you of forcing a safeguard; but a complete lack of damage to enemy persons or property would likely bring about lesser charges under the UCMJ.