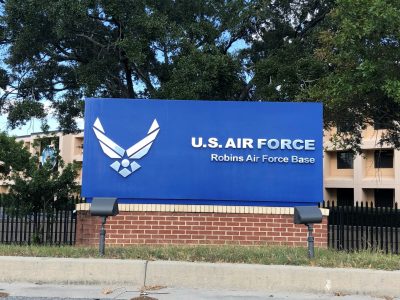 Following orders under duress is a right and just hallmark of military order and discipline, but let’s not fool ourselves. Command does not always make the right decision and the history of warfare demonstrates this time and time again. Unfortunately, this lack of perfect decision making extends to the military justice system. The decision and how or when to pursue a charge under the UCMJ can vary wildly from command to command and if we believe in objective truth, they can’t all be right. While we empathize with a command’s requirement to make hard choices, this does not absolve them from the impact it has on the careers of those they charge.

It is not just “Airman Snuffy” that suffers when a command decision is wrong and sometimes, such a decision can take down our very best. By the time the Korean War rolled around, pilot George Davis was already an Ace with 7 kills in World War 2. He decided to make a career with the newly minted Air Force and when fighter pilots were needed to control the skies over Korea, he was there to answer the call.
Now flying the F-86 Sabre, this modern jet was a bit faster than the P-51s he used to become an Ace in the previous war. On November 4th, 1951, he scored his first kill of a MiG-15 and on a later mission on November 30th, he downed 4 Chinese MiGs in one day. It took Davis less than a month to become an Ace in his second war. Now, the policy at the time was that fighter Aces would be sent home once they achieved that status. Davis thought he would be home by Christmas, but his command stated they needed him here for the war effort. 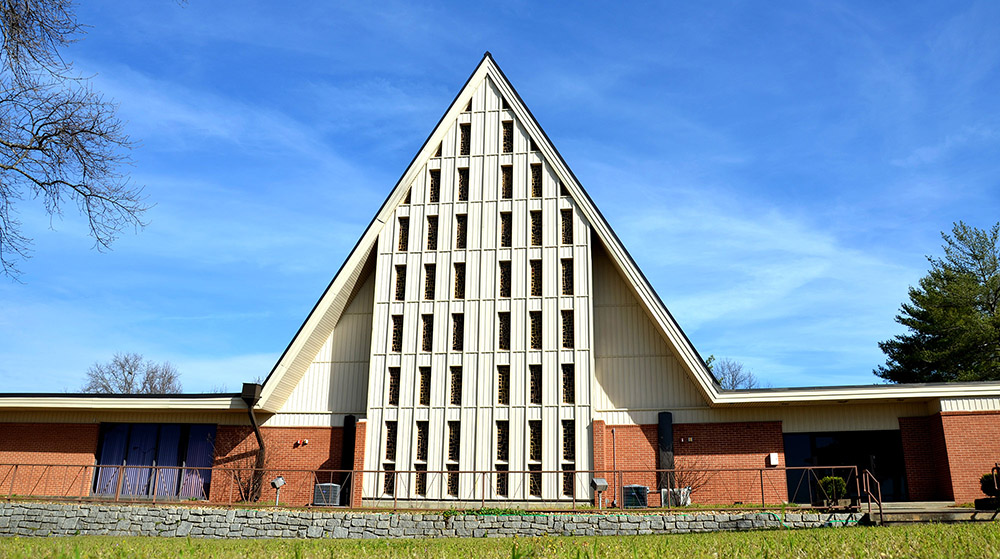 On February 10th, 1952, Davis was flying along the infamous “MiG Alley” which runs up against the Yalu river dividing North Korea and China. MiGs would dart in for a quick kill and then race back across the Chinese border. Due to an oxygen problem with 2 other planes, Davis and his wingman were flying alone when they noticed 12 MiGs racing towards a formation of American bombers. Realizing the MiGs had the element of surprise and the beat on the bombers, he dove into action despite the numerical superiority of the enemy.
He instantly took out two MiGs which brought his kill count to 14 for the war and disrupted the attack on the American bombers. That’s when enemy fire found its mark on Davis’ plane and he was sent spiraling down to the snow covered ground below. No parachute was seen and though the Chinese reportedly found his body still in the cockpit, his body was never returned home. For his actions that day, he would receive the nation’s military honor. As for the command decision not to send him home, this would be the decision of congressional inquiry.
0
Years of Experience
0 +
Total Attorney
0 +
Happy Clients
0 %
Success Rate

Now, we empathize with the Korean War commanders as Davis was clearly a man that you wanted on your side and in the skies during combat. However, the decision to deny the existing policy proved costly to Davis and to his family. It is really no different when it comes to a command’s decision whether or not to pursue prosecution under the military justice system. They do indeed have difficult decisions to make, but admitting they are wrong later is of little comfort to the Airman whose career was just ruined due to misuse of the UCMJ.
By the way, they rarely admit they are wrong and that’s why we exist as a law group. That is to defend the careers, retirements, and freedom of our men and women in uniform from misuse and abuse of the UCMJ. It is impossible for any command to make the right decision 100% of the time and as such, every single Airman facing a court martial out of Robins Air Force Base deserves a staunch military defense. Everyone, every single time, because one career unjustly ruined by these mistakes is one too many.

What Kind of Charges Can I Fight Under the UCMJ?

Here is a little secret that namesake and founder, Tim Bilecki, will tell you about the military justice system after spending years as a senior defense counsel with the Army. If the military wants to charge you with something, they will find an Article of the UCMJ to charge you with. The only problem is that the military justice system tries to make it seem like the case is a done deal and guilt is guaranteed. That’s because the military justice system really doesn’t want to fight. As such, that’s what Bilecki gives them. The fight they didn’t want and the war they didn’t ask for. That’s how you win and that’s how you clear your good name. Below you find a list of some of the charges we defend and you’ll quickly see that we don’t scare easily.
UCMJ Article 120 or Article 134 (Sex offenses)
These cases can include rape, sexual assault, aggravated sexual assault, abusive sexual contact, sexual assault of a minor, indecent viewing, indecent recording, forcible pandering, indecent exposure, and other Article 120 and Article 120(c) offenses. As it stands right now, we know countless military court martial defense attorneys who are doing all they can to avoid defending charges under these articles. That’s because the military is conducting a campaign to root out sexual assault from the military and commands are unrelenting in their prosecution. That’s great and we support that campaign, but if commands are not always right then logic dictates that many innocent men and women in uniform could get unjustly caught up in this campaign. We are not afraid to take on Article 120 and 134 charges anymore than George Davis was afraid to take on 12 MiGs at 6 to 1 odds. There is no justice served when an innocent person is prosecuted for sexual assault. None and if you are innocent, then you need to stand up and fight.
UCMJ Article 121 (Fraud and Larceny)
We defend cases such as conspiracy to defraud the military, BAH fraud, OHA fraud, extortion, larceny, wrongful appropriation, and more. One might call it fraud or a swindle to promise all Aces that they can go home after their 5th kill. George Davis was up to kill number 12 before he took flight on that final and fateful mission. I’m sure Davis’ command was well intentioned in their decision to keep him in the fight and the truth is that many fraud cases start out well intentioned as well. The most common we fight and defend is BAH fraud where it is often a case of a young Airman trying to provide best for their family. An honest mistake or a stretch of a risk and before you know it, they are facing serious charges. There is always more to the story, and you need to get the full story told if you are facing these charges.
UCMJ Article 128 (Assault and Violent Crime)
We represent service members facing charges including murder, manslaughter, aggravated assault, assault, and cases involving self-defense and defense of another. It is not uncommon for a fight to begin out of righteous intentions such as the defense of others and watch it turn into serious charges for men and women in uniform. We often see this when a makeshift weapon like a pool cue, beer bottle, or chair gets involved. Fights don’t happen in a vacuum and there is a reason why they get out of control. Please don’t let some military prosecutor try to tell you that your career is over without putting up a fight in court.
UCMJ Article 112a (Drug Crimes)
We defend cases involving drug possession, drug distribution, drug importation, drug manufacturing, drug trafficking, positive urinalysis cases, tampering with urinalysis cases, and more. These cases often involve illegal controlled substances such as marijuana, LSD, methamphetamines, cocaine, ecstasy, molly, opioids, analogues, and more. We understand the military’s need to prohibit illicit drug use, but at some point it is going to have to come to reconcile the fact that marijuana is legal in over 30 states right now. You know, it’s also illegal for underage Airman to drink in the dorms, but something tells us that this one is not being routinely enforced either. There are paths to fight these charges and as long as you are willing to stand up and fight them, so are we. We’ll make sure the full story gets told and all the factors considered.
Punitive Articles of the UCMJ 77-134 (Military Specific Offenses)
These include charges such as fraternization, unauthorized absence (AWOL), disobeying a lawful order, conduct unbecoming an officer, and much more. This is the military’s catch all for enforcing military discipline and while they have their purpose, they are rarely enforced with any consistency from command to command. Davis was not the only fighter Ace denied his exit from Korea, but the high-profile nature of the case caught the public’s attention. Why some Aces went home and others remained couldn’t be clearly answered. It’s the same thing for how the punitive articles of the UCMJ are enforced. Until they can be enforced with some consistency, there is room for you to fight and argue your case.

As much as we may talk about misuse and abuse of the UCMJ, we want to be clear that we support and understand its intended use. Just like we understand why Davis’ command would want to keep him in the fight and why Davis likely complied without much of a fight. That doesn’t mean it was the right call and in the case of congressional follow up, that was done to ensure the fair implementation of policy going forward. Listen, you can fight your charges under the UCMJ while simultaneously upholding the UCMJ.
There is nothing wrong with fighting for your own career, retirement, and freedom when the UCMJ is wielded against you in an arbitrary and capricious manner. Doing so is not only standing up for yourself, but you are standing up for all future Airmen who may come under the same command. It was a noble thing for Davis to dive down upon those 12 MiGs knowing he should have been home months ago experiencing Christmas with his kids. Command doesn’t always get it right and that has consequences for those on the wrong end of it.
If you are under investigation or facing court martial, please reach out to us. Our office is in Tampa, Florida but Robins AFB is right in the middle of our AOR. Not to mention that we have clients fly us in from all over the world to defend their cases at trial. We’ll give you a free consultation and shoot you straight as to exactly what you are facing. Then, as long as you are willing to fight, so are we. Here’s an eternal salute to the legacy of Major George Davis, the man who was an Ace in two wars and to all those who take to the skies to defend us today.