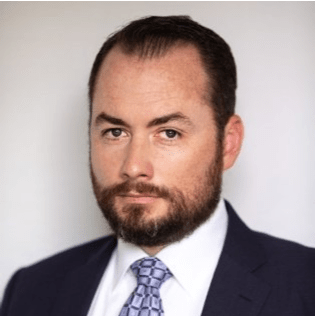 Mr. Hendrickson has a Bachelor of Arts in Education from the University of Utah and received his Juris Doctorate from Western State University College of Law in Fullerton, California.
Mr. Hendrickson is a United States Marine Corps veteran as well as a veteran of the U.S. Army JAG Corps. He first enlisted in the Marine Corps as an Infantryman (0311) in 1997. In 2003, he deployed to Iraq with I Marine Expeditionary Force (MEF) as a Non-Commissioned Officer. Under the command of Major General James N. Mattis, Mr. Hendrickson led Marines during Operation Iraqi Freedom I. Mr. Hendrickson was awarded the Navy/Marine Corps Presidential Unit Citation with I MEF, for extraordinary heroism and outstanding performance in action against enemy forces while conducting the longest sequence of coordinated combined arms overland attacks in the history of the Marine Corps, advancing nearly 800 kilometers under sustained and heavy combat, and destroying nine Iraqi divisions. Mr. Hendrickson was also awarded the Combat Action Ribbon for honorable actions while being subject to enemy fire and participating in numerous firefights where the enemy was destroyed or surrendered.
Mr. Hendrickson received an Honorable Discharge from the Marine Corps and pursued his formal education and a law degree.
Upon graduation from law school in 2009, Mr. Hendrickson was selected to serve in the U.S. Army Judge Advocate General’s Corps during the most selective period in JAG Corps history. He focused his Army career on military justice and was selected early to serve as a Trial Counsel (military prosecutor) in the Army’s busiest jurisdiction at Fort Hood, Texas. From 2011-2012, he deployed to Afghanistan with the 1st Cavalry Division in support of Operation Enduring Freedom. Thereafter, when he wasn’t serving in positions as a trial attorney, Mr. Hendrickson served in advisory staff roles in levels of command from O-6 to O-9.
From 2015-2017, Mr. Hendrickson served as a Trial Defense Counsel in the Pacific Rim. He successfully defended clients charged murder, rape, sexual assault, and aggravated assault, financial fraud and numerous other charges under the UCMJ.
Mr. Hendrickson received an Honorable discharge from the Army and is licensed to practice law in Utah and in all military courts.
He is married, has two sons and one daughter and in his free time enjoys barbequing, fishing from his boat and spending time with his family.
FREE CASE EVALUATION