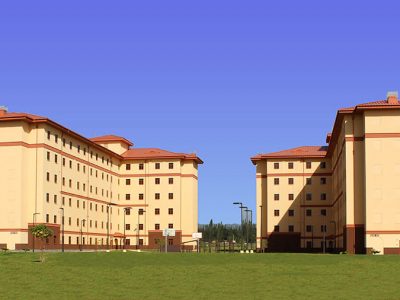 Look, very few individuals start their military career with the expectation that they will one day have to endure trial by court martial. There exists within military culture this misguided notion that only “bad” Soldiers ever get court martialed. This is a fallacy we can testify to first hand as we fight and win at-trial court martial cases out of Wheeler Army Airfield all the time. Which means if we won, they were likely innocent and that is exactly how the military should treat them going forward. However, that presupposes you hold your ground and you fight back against any misuse or abuse of the UCMJ.

If you need any extra guidance on what it means to hold your ground and fight, let’s take a lesson from Hawaii native and Medal of Honor recipient Herbert K. Pilila’ua. This is a man who was not looking for a fight either. When he was drafted into the Army during the Korean War, he considered filing a conscientious objector claim due to his Christian beliefs. However, he eventually relented and saw his service as an act of compassion towards his fellow Soldiers.
During the Battle for Heartbreak Ridge just a few miles north of the 38th parallel, Pilila’ua found himself facing two battalions of North Koreans storming his platoon’s advanced position. Facing such numerical superiority, the platoon was given the order to retreat with one squad remaining long enough to cover the withdrawal. Pilila’ua volunteered to stay and fight. Firing his BAR to perfection, Pilila’ua poured fire into the enemy while the remaining squad took heavy casualties. 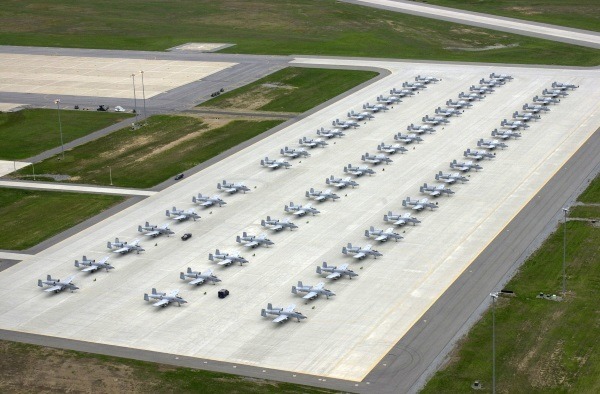 At one point, there was no one left but Pilila’ua and his squad leader. Once he had run out of ammunition, he began to lob grenades at the attacking hordes. When he ran out of grenades, he began to throw rocks. Finally, when the man had just about enough, he pulled out his trench knife and charged the oncoming attackers. Hooking and jabbing with fist in one hand and knife in the other, the rest of the platoon couldn’t believe what they were seeing from far above. That scene of inexplicable gallantry was the last anyone would see Pilila’ua alive.
When the position was retaken a few days later, they found Pilila’ua with a knife still in one hand and some 40 dead North Koreans sprawled out in his vicinity. This is a man who originally didn’t want to fight, but when it came time to protect his fellow Soldiers, he knew what to do. For his actions that day, Herbert K. Pilila’ua would receive the Medal of Honor and the eternal respect of every Soldier that watched him fight that day.
0 +
Years of Experience
0 +
Court Martial Verdicts
0 +
Service Members Represented
0 m+
Miles Traveled

Fighting Back Against the UCMJ and The Military Justice System

Now, we understand that fighting back against the misuse of the UCMJ and the military justice system seems like a tall order. Yet, if Pilila’ua can find the courage to stand tall against two battalions of North Koreas, we are confident that you can find the courage to fight for your career, retirement, or freedom. The reality is that when you fight back against the misuse of the UCMJ, you are not only fighting for yourself. Much like Pilila’ua, you are fighting for your fellow Soldiers who may one day face the same scenario.
While the UCMJ serves its right and just purpose to maintain military discipline, when it is wielded flippantly it can become a cruel friend. When you are innocent and the military justice system would like to prove otherwise, the only recourse you have is to stand and fight. Perhaps not with a trench knife in one hand and a fist in the other. Rather, with a staunch military court martial defense in one hand and aggressive defense attorney in the other.

What Kind of Charges Does The Bilecki Law Group Defend

When we say fight, we mean it. The Bilecki Law Group is a boutique law firm that was initially founded in Hawaii and we specialize in fighting back at trial during a court martial. That’s because we realize the military justice system would rather take an easy win than hook and jab with us at trial. Fighting back at trial is often your best defense and we’ve developed a strong enough reputation in Hawaii that when they see Bilecki as the defense, they look like a battalion of North Koreans had just seen the ghost of Pilila’ua coming their way. That’s because they know they have a fight on their hands and we do not yield. Below you will find a sample of some of the charges we defend, and you’ll see that we don’t scare easily.
UCMJ Article 120 or Article 134 (Sex offenses)
These cases can include rape, sexual assault, aggravated sexual assault, abusive sexual contact, sexual assault of a minor, indecent viewing, indecent recording, forcible pandering, indecent exposure, and other Article 120 and Article 120(c) offenses. There are a lot of military court martial defense attorneys who are trying to stay away from trying cases involving these charges in the wake of the military’s crack down on sexual assault. Not us. While that might help pad their stats, it does nothing to help an innocent Soldier wrongly accused. Unfortunately, in the current climate an allegation is being treated as proof of guilt. We’re sorry, but innocent Soldiers deserve a chance to fight for the truth. Victims of sexual assault do indeed deserve justice, but ruining the careers and taking the freedom of the innocent is not justice. If you are innocent, then draw a line in the sand and make your stand.
UCMJ Article 121 (Fraud and Larceny)
We defend cases such as conspiracy to defraud the military, BAH fraud, OHA fraud, extortion, larceny, wrongful appropriation, and more. In the modern peacetime military, Pilila’ua could make a gallant stand and all that some commands would see is a missing trench knife that they are sure someone stole. Meanwhile, BAH fraud is actually one of the more common charges we see and it often derives from Soldiers trying to make ends meet. Sometimes it is an honest mistake and in other cases, the charges come as the result of an overzealous military investigator and a prosecutor with too much time on their hands. There is always more to the story, and we fight to make sure the whole story is told.
UCMJ Article 128 (Assault and Violent Crime)
We represent service members facing charges including murder, manslaughter, aggravated assault, assault, and cases involving self-defense and defense of another. The military cultivates the warrior spirit and that spirit is not always so easily turned on and off. One minute the Soldier is having a single drink in town, then the next thing you know he is hooking and jabbing like Pilila’ua because a couple of Marines from K-Bay wanted to mix it up. Fights happen in the military, but the charges can get serious in a hurry when something as simple as a pool cue or beer bottle gets involved. A Soldier’s fight should have to end a career and we fight to make sure that we keep those soldiers in the real fight that matters most.
UCMJ Article 112a (Drug Crimes)
We defend cases involving drug possession, drug distribution, drug importation, drug manufacturing, drug trafficking, positive urinalysis cases, tampering with urinalysis cases, and more. These cases often involve illegal controlled substances such as marijuana, LSD, methamphetamines, cocaine, ecstasy, molly, opioids, analogues, and more. Hawaii has its own problem with illicit drug use among the civilian population and it is unfortunate that our good Soldiers out of Wheeler Army Airfield often get dragged into the mix. Sadly, the civilian will face few, if any, penalties while our Soldiers have to stand tall before the UCMJ. Don’t let a military Trial Defense Counsel convince you that fighting these charges isn’t worth it. When in doubt, reach out and we’ll tell you exactly what you are facing.
Punitive Articles of the UCMJ 77-134 (Military Specific Offenses)
These include charges such as fraternization, unauthorized absence (AWOL), disobeying a lawful order, conduct unbecoming an officer, and much more. We believe that any Soldier, Sailor, Airman, Marine, Guardian or Coast Guardsman is always more than the sum of the charges they are facing. There is a reason why they disobeyed a lawful order. There is a reason they were AWOL. There is always more to the story than the charge. Once again, we fight to make sure the whole story is told.

Does the Bilecki Law Group Still Defend Cases Out of Hawaii?

We absolutely take cases out of Hawaii and Wheeler Army Airfield is no exception. People ask that because they heard Bilecki moved from Hawaii to Tampa, Florida. While that is true and we are now located in Tampa, Florida, the Bilecki Law Group was founded in Hawaii in 2010 and clients would still fly us around the world to defend their cases. We go where the fight is and we still consider Hawaii to be our second home. So if you are facing a court martial or are under investigation, reach out to us and we’ll give you a free consultation and shoot you straight. We are always eager to continue our legacy of winning court martial trials in Hawaii.
Look, Herbert Pilila’ua wasn’t looking for a fight either. The man wanted to do no harm, but there are some scenarios in life where fighting is the only moral and ethical course one can take. You’ve worked hard for your career, retirement, and your freedom. When someone comes to take any of that, you must make your stand and fight. As long as you are willing to stay in the fight, then so are we and we’d be happy to fight on your behalf in court. You may not have seen this day coming, but it’s here. Make your stand and fight for what is rightfully yours. Thank you to all those continuing to serve out of Hawaii and godspeed to men like Herbert K. Pilila’ua who have made it all possible.
Our hats are off to the new breed of Guardians and we are truly excited about this final frontier of exploration. We’re just a little bit more excited to take on our first Guardian case and you can be certain that we’ll fight to defend you like the universe depends on it. Reach out and let’s start the fight together.