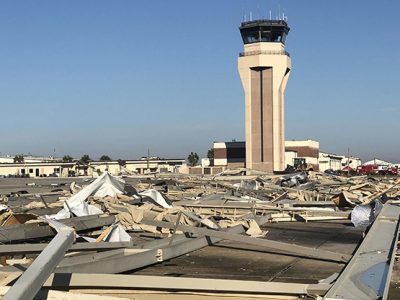 When a member of the United States Air Force discovers that they are heading to Tyndall Air Force Base near sunny Panama City, Florida, that is typically a good day. It doesn’t matter whether they are sent there for training or permanent assignment, all they can typically think is, “thank goodness they didn’t send me to Minot AFB in North Dakota.” Let’s face it, Florida is not a bad duty assignment and that’s perhaps why we even set up headquarters in Tampa ourselves. Florida is a great place to live, train, recreate or retire.
Unfortunately, the whole country knows about Panama City and that makes it a prime location for Spring Breakers and party goers of all ages. For our Airmen out of Tyndall, that often means trouble with the UCMJ. It’s a shame that a servicemember’s honorable career could be maligned by those civvies with so little to lose. Now, they wouldn’t be the first people to try and get our pilots in legal trouble as one particular pilot in Air Force history has the distinguished honor of being sued by the Soviet Union for being a little too good at killing MiGs during the Korean War.
Flying his F-86 Sabre to perfection, Air Force pilot Ralph Parr had the honor of downing 9 MiG-15s and gifting their Soviet pilots their final rendezvous with the ground below. The Soviets were incredibly frustrated with the American success over their beloved MiGs. Parr’s final air to air kill was a Soviet cargo plane that was downed by Parr just hours before the armistice was to take hold in 1953. The Soviet response was to sue Ralph Parr in international criminal court. That’s right, they couldn’t kill Parr with all the MiGs in the arsenal, so they tried to sue him. 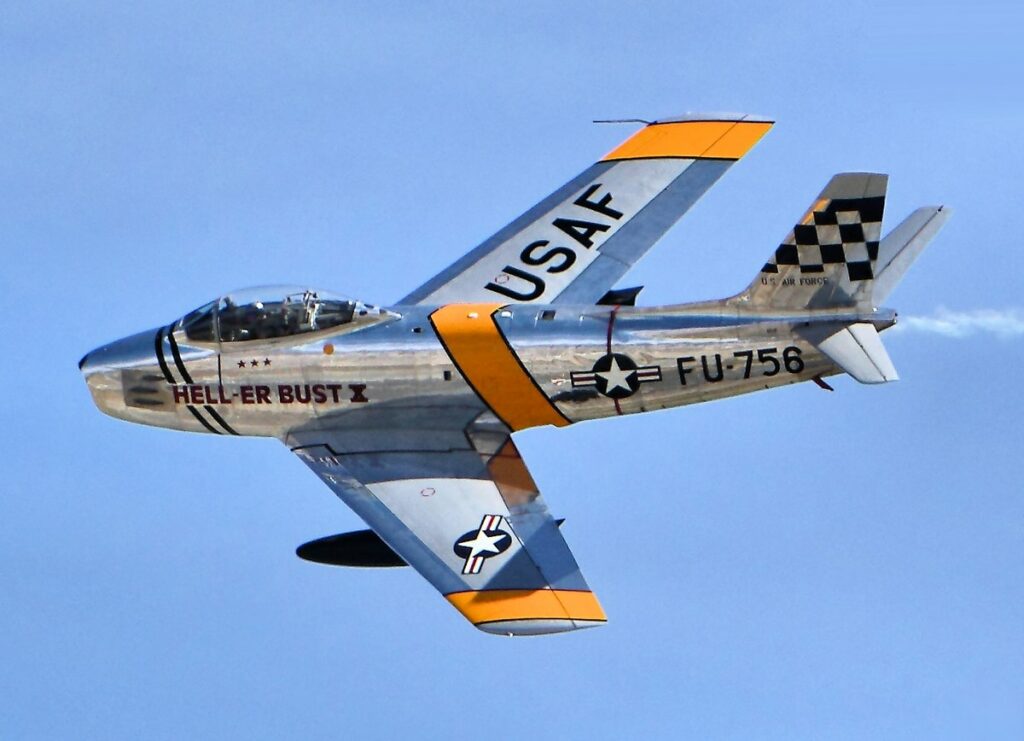 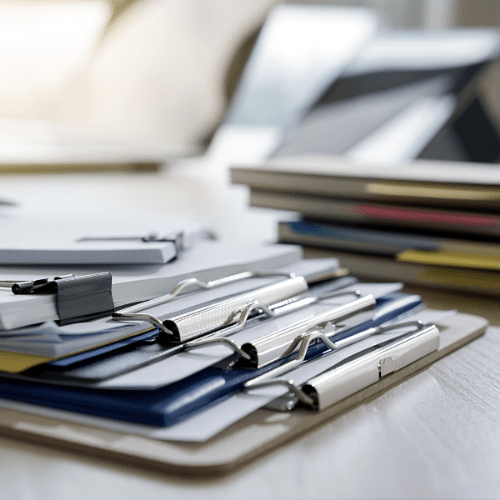 Good Pilots Get In Trouble For All The Wrong Reasons

It should almost be as ludacris as the Soviets suing Parr as it is for civilians to engage in mischief and then sit back while honorable service men and women suffer under the UCMJ. Unfortunately, this is far too common out of Tyndall and Panama City’s spring break culture is partly to blame. Some liquored up college kid picks a fight and then watches while his daddy bails him out of jail. Meanwhile, the service member has to stand tall before the UCMJ.
In other cases, the civilian party goers seem like friends until one of them pulls out illegal drugs and the airmen are caught up in the mix of the party. With marijuana being legal in 19 states and yet, against the UCMJ, our service members are set up for failure in this scenario. Whatever the case may be, members of the military out of Tyndall can face some very serious charges for activities their civilian counterparts don’t have to worry about. It’s not right, but the only way out is for our service members to put up a staunch court martial defense. That’s where we come into the picture.

How To Fight Back Against the UCMJ and Court Martial

The Bilecki Law Group is a boutique law firm founded by a former United States Army Senior Defense Counsel. Tim Bilecki’s first hand knowledge of the UCMJ and the court martial process has allowed him to save the careers, retirements, and personal freedom of countless honorable service members. What Bilecki does best is to take the fight to court and win. That’s why client’s fly him in from all over the world to defend their cases. As it stands, Tyndall is right in Bilecki’s AOR with his HQ in Tampa.
It’s a courtroom defense so aggressive that it is almost a misnomer to even call it a defense rather than an offense. The military justice system is set up to score easy wins and if possible, they’d rather pad their stats without ever actually going to court. That’s because the actual trial by court martial is where scenes straight out of the movie, A Few Good Men, take place. The prosecution thinks they have a slam dunk case and then, the defense fights back.

What Types of Charges Typically Come out of Tyndall Air Force Base?

While a good number of the charges that come out of Tyndall do indeed have a Spring Break origin, a military base that sees the full spectrum of charges that can be levied by the UCMJ. The Bilecki Law Group does not shy away from defending those tough charges any more than Ralph Parr shys away from shooting down another MiG. While we have not been sued by a hostile nation for being too aggressive, we’ve met a few military prosecutors who would shoot us down if they could. Below you find a list of some of the charges we defend and just note that this list is not all inclusive.
UCMJ Article 120 or Article 134 (Sex offenses)
These cases can include rape, sexual assault, aggravated sexual assault, abusive sexual contact, sexual assault of a minor, indecent viewing, indecent recording, forcible pandering, indecent exposure, and other Article 120 and Article 120(c) offenses. Whether it is in the civilian world or the military, when you infuse alcohol and a party scene, it is almost inevitable allegations of sexual assault will come about. Those who are truly victims deserve justice, but justice is not ending the career or freedom of an innocent person. Unfortunately for members of the military, oftentimes it only takes an allegation to stifle a career. We take the tough cases that other lawyers don’t want because we believe in the hallmark of our legal system that says one is innocent until proven guilty. We truly believe it and we’ll fight like it.
UCMJ Article 121 (Fraud and Larceny)
We defend cases such as conspiracy to defraud the military, BAH fraud, OHA fraud, extortion, larceny, wrongful appropriation, and more. Whereas the Air Force has perhaps some of the best on base housing in all of the military, there is still a major drive for airmen to live off base in what they see as more freedom. This drive is so strong that some will make terrible mistakes or demonstrate a solid misunderstanding of the BAH system that is designed to support that lifestyle. BAH fraud is a frequent charge we see and it is rarely as cut and dry as the military investigators would like it to be.
UCMJ Article 128 (Assault and Violent Crime)
We represent service members facing charges including murder, manslaughter, aggravated assault, assault, and cases involving self-defense and defense of another. This is one that we see far too often out of Tyndall and as we mentioned earlier, it is often our service members that suffer the greatest consequences. When you infuse a weapon like a chair, pool cue, or beer bottle, an innocent scuffle turns into a major issue real quick. Granted, not for “Brad” the frat boy who started the fight and whose father is going to get him out of trouble again. No, it will be trouble for men like Ralph Parr who just wanted a night out on the town and a drink. It doesn’t and shouldn’t have to be the end of your military career.
UCMJ Article 112a (Drug Crimes)
We defend cases involving drug possession, drug distribution, drug importation, drug manufacturing, drug trafficking, positive urinalysis cases, tampering with urinalysis cases, and more. These cases often involve illegal controlled substances such as marijuana, LSD, methamphetamines, cocaine, ecstasy, molly, opioids, analogues, and more. Drugs get more airmen out of Tyndall than would think in trouble with the UCMJ and more often than not, there is a civilian involved. That’s the danger of the Spring Break party scene in Panama City and it is again, a travesty how our good pilots and airmen have to suffer for it. Circumstances matter and if you are facing this charge, you need to fight back.
Punitive Articles of the UCMJ 77-134 (Military Specific Offenses)
These include charges such as fraternization, unauthorized absence (AWOL), disobeying a lawful order, conduct unbecoming an officer, and much more. On any good day, there are about 100 plus mundane actions and decisions that can land you in trouble with the UCMJ. A good number of these are helpful to instill military discipline and order. Meanwhile, an equally good number are seemingly just there for arbitrary use by command when they feel like it. If you landed on the wrong side of an Air Force Colonel not getting his coffee that morning, your career doesn’t have to suffer for it. Don’t assume that you have no recourse when the UCMJ seems to arbitrarily come down on you.

In summary, we can’t blame all UCMJ troubles on the civilians partying out in Panama City. That’s a unique feature to Tyndall and one that we wish we could avoid. Individual airmen and pilots do bear the responsibility for their actions, but that responsibility doesn’t have to be a voided career, retirement, or freedom. Often, an aggressive prosecution is a result of someone ruffling the wrong feathers or pissing off the wrong command.
Much like Ralph Parr pissed off the Soviets by being a little good at sending their MiGs to the eternal graveyard, so too can an individual doing the right thing make the wrong enemy within the military justice system. If you are under investigation right now or are facing court martial for such a reason, that should piss you off. Most importantly, it should make you want to fight back.
Reach out to us here at the Bilecki Law Group and we’ll give you a free consultation. We’ll tell you exactly what you are facing and shoot you straight. Then, if it is due to an aggressive command, a false allegation or frat boy on the town that you landed in trouble, if you are willing to get pissed off and fight back then so are we. Tyndall is a great place to train, live, and recreate. Unfortunately, it’s also a breeding ground for trouble with the UCMJ. Reach out to us and we’ll be there to fight back.