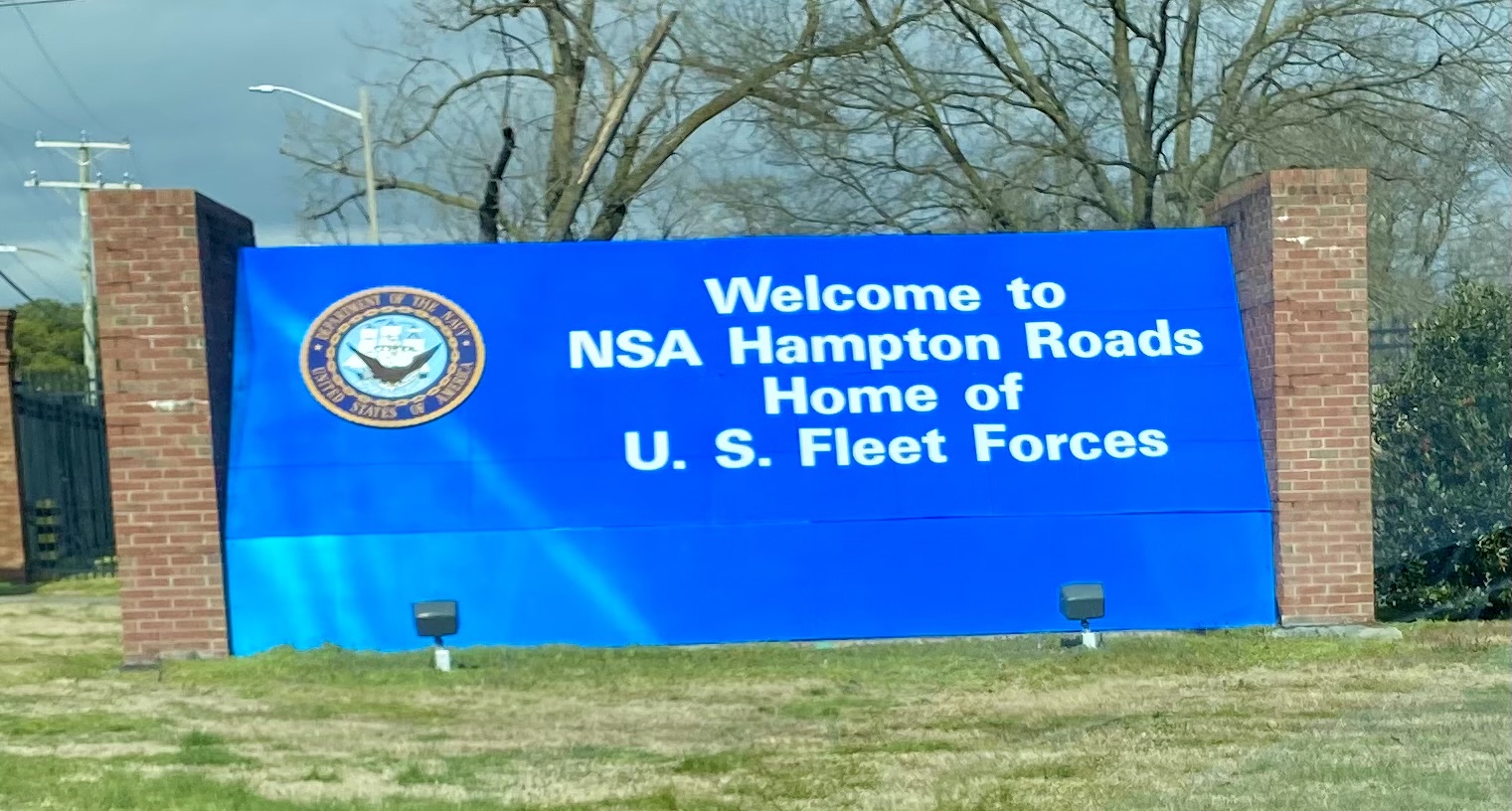 It is estimated that in the event of a nuclear war, Naval Station Norfolk at Hampton Roads would have mere minutes to survive. That’s because Hampton Roads is home to more Command Headquarters and more aircraft carriers than any other base in the United States Navy. Forget nukes, one could likely throw a mere grenade on the base and hit at least three Admirals in the process. Hampton Roads is the brain trust of the Navy and as such, when a court martial takes place here, it typically involves a prime time case with some serious rank on the line.
While officers in the Navy tend to get all the glory due to their command of ships, one can’t forget that the enlisted Sailors can go on to have remarkable careers as well. As such, they have as much to lose in a court martial as does a ship’s Captain. Let’s take the case of the Navy’s most decorated enlisted man and use it as an example. By the time James Williams arrived in Vietnam, he had already been in the Navy for nearly 20 years and received commendations for leading raids during the Korean War. The man already had a career worth protecting.
In 1966, he was assigned to the river patrol force in Vietnam where his job was to maintain river security and perhaps intercept enemy supplies if possible. Williams and another patrol boat were floating through a remote part of the Mekong Delta when a small enemy sampan opened fire. Deciding not to wait for help, Williams gave chase. Coming upon a small inlet, Williams’ boats were then rocked by RPGs and small arms fire. That’s when 8 more enemy sampans and junks showed up for the fight. 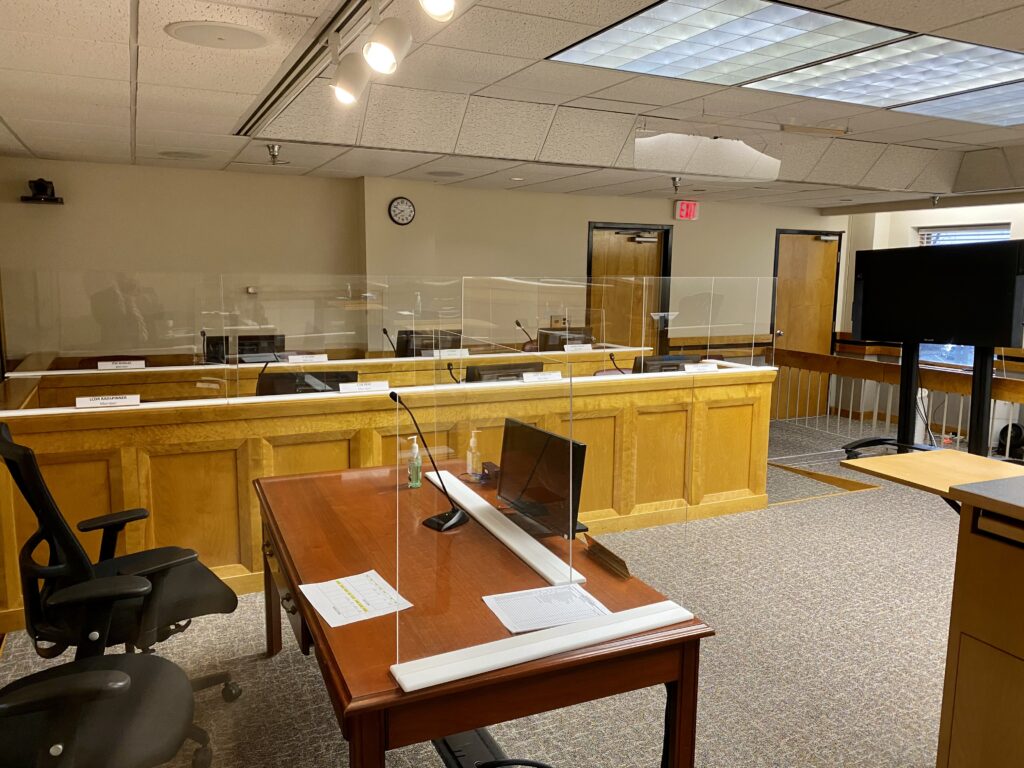 Heavily outnumbered, Williams chose to stay and fight. Without air cover, he continued to gift violence to now over 50 enemy sampans along with the enemy on the shore during a 3 hour battle. When helicopters finally arrived, he ordered the searchlights to be turned on so he could ravage any enemy sampans attempting to flee. For delivering a rout out of what could have been an American disaster, Williams was awarded the Medal of Honor. However, it could have gone in a dramatically different direction.
0 +
Years of Experience
0 +
Court Martial Verdicts
0 +
Service Members Represented
0 m+
Miles Traveled

Command Decisions Come With Both Fair and Unfair Accountability 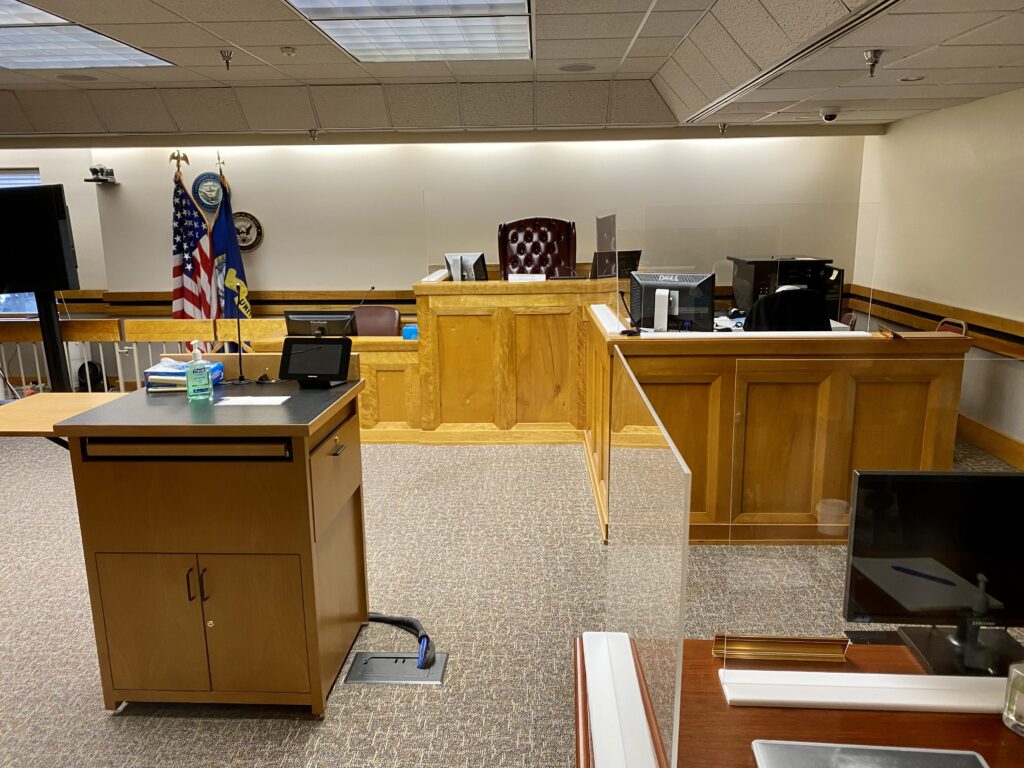 By the time Williams retired, he was the most highly decorated enlisted Sailor in Navy history. However, if his fight that evening in the Mekong Delta had gone differently, Williams could have been court martialed over his decision. It was risky to pursue the boats and even riskier to stay and fight. Williams made a command decision that earned him the Medal of Honor because it worked. Far too often, both officers and enlisted in the Navy have made similar decisions that ended in disaster. Instead of a Medal, they got something far worse.
Now, we understand that leadership commands must be held accountable. All the brass walking around Hampton Roads understand this and that is what they signed up for. The problem as it pertains to the Navy is that it is easy for the buck to get passed around and a career is ruined by what was originally just a command decision. There are times when an officer or a senior enlisted Sailor needs to accept the accountability and times when they need to fight back.

When Does an Officer Or Enlisted Personnel Need To Fight Back?

A career is not only on the line during combat command decisions. A career can be on the line when either a misapplication of the UCMJ takes place or a command is looking for a scapegoat to punish. Never forget that all the Admirals walking around Hampton Roads worked hard for their careers and they may not be quick to see their career ruined when they can pass the buck to a junior officer. As it pertains to charges we see coming out of Hampton Roads, we see much of the following.
UCMJ Article 120 or Article 134 (Sex offenses)
These cases can include rape, sexual assault, aggravated sexual assault, abusive sexual contact, sexual assault of a minor, indecent viewing, indecent recording, forcible pandering, indecent exposure, and other Article 120 and Article 120(c) offenses. An officer is supposed to be a gentleman, but officers are accused of not being gentlemen with regular frequency. The type of brain trust that is at Hampton Roads means there is a great power differential between the senior officers and other Navy personnel present. As such, all it takes is an accusation for a career to be ended. If you’ve worked hard for that command or you’ve reached the pinnacle of power as an enlisted Sailor, you need to fight like Williams fought in the Mekong Delta if you are innocent. Don’t accept guilt because you are offered some sort of plea.
UCMJ Article 121 (Fraud and Larceny)
We defend cases such as conspiracy to defraud the military, BAH fraud, OHA fraud, extortion, larceny, wrongful appropriation, and more. When gear comes up missing, it is routinely our observation that someone is looking for an officer to blame. Again, the accountability aspect of that is appropriate. However, passing the buck is not. A Lieutenant Commander saving his career by blaming a Lieutenant JG is not accountable. As it pertains to both officers and enlisted personnel, we see a great deal of alleged BAH fraud. Sometimes it is a complete misunderstanding of one’s domestic arrangements and other times, it was junior enlisted personnel trying to make ends meet as best they knew how. Not everyone gets their own on base house like some Admirals. Sometimes, taking care of one’s family is all that is on a Sailor’s mind.
UCMJ Article 128 (Assault and Violent Crime)
We represent service members facing charges including murder, manslaughter, aggravated assault, assault, and cases involving self-defense and defense of another. Drunken bar fights are stuff of Navy legend and often, it is actually initiated by some civvie who resents the fact that they never had the courage to sign up. The problem is that civvie gets off with little punishment and a sailor winds up losing their career or freedom when the scuffle turns into a full fledged brawl with beer bottles, chairs and more. You can only push a man so far and if you lose your cool in a fight, you still have a chance to fight for your career.
UCMJ Article 112a (Drug Crimes)
We defend cases involving drug possession, drug distribution, drug importation, drug manufacturing, drug trafficking, positive urinalysis cases, tampering with urinalysis cases, and more. These cases often involve illegal controlled substances such as marijuana, LSD, methamphetamines, cocaine, ecstasy, molly, opioids, analogues, and more. We’ve seen this come up with junior enlisted personnel and officers alike. At times it is a human trying to break the known rules without any regard to the UCMJ. Other times, it is an officer trying to stay awake and keep up with the operational tempo on a ship. In either case, there is typically more to the story than meets the eye and that is reason enough to fight back.
Punitive Articles of the UCMJ 77-134 (Military Specific Offenses)
These include charges such as fraternization, unauthorized absence (AWOL), disobeying a lawful order, conduct unbecoming an officer, and much more. There is much that can go wrong in military life under the UCMJ and we would have to imagine that there is more that can go wrong when a senior officer is around every corner. Such is the case at Hampton Roads which is why many enlisted personnel or junior officers would rather be stationed in a remote corner of the world than having to salute an Admiral at every turn. Some of the charges we see coming out of Hampton Roads are legit and some of them are just plain silly and the result of a senior officer’s personal set of expectations.

If you recall the onset of the COVID-19 pandemic in early 2020, Captain Brett Crozier found himself in command of the U.S.S Theodore Roosevelt when an outbreak took place on the ship. Desperate to save his Sailors, he wrote a letter pleading for intervention that was leaked. The decision to send that letter cost him the command of the ship. While he lost command, he retained the respect of all the men and women who served on the Roosevelt.
Command decisions come with risk and reward. In the case of James Williams in Vietnam, he received the reward. In the case of Captain Crozier, he bore the full burden of the risk. Careers can come and go in a fickle minute within the United States military and officers along with enlisted personnel need an advocate if they are facing charges under the UCMJ as a result. They need an advocate who knows how to fight.
GET CASE EVALUATION

Fighting Back During an Unjust Court Martial

Here at the Bilecki Law Group, we are a boutique law firm that specializes in fighting back. We are not afraid to take the fight to the courtroom during a court martial and truth be told, we prefer it. The military justice system is rarely looking for a fight and when it comes to passing the buck to a junior officer enlisted personnel, the senior Sailor would rather the case just go quietly into the night.
The courtroom is not the Mekong Delta, but when we get to court we are known for our aggressive defense and perhaps William’s action on the river that day is the best analogy we can make. He had over 50 enemy sampans to show for his efforts and we have our wins in court.
Hampton Roads is the brain trust of the Navy and when a court martial takes place, trust us when we say it is a prime time affair. If you are under investigation or facing a court martial right now for what you thought was the right decision at the time, you don’t have to give up the career you dreamed of having when you first swore the oath. You get to fight back. Reach out to us and we’ll give you a free consultation where we will tell you exactly what you are facing. Then, as long as you are willing to fight, so are we. Salute to James Williams and his inexplicable gallantry in the Mekong Delta and a salute to all enlisted and officers who want to fight back for their careers.