That’s not to say that the Air Force is the rowdiest bunch of uniformed personnel we’ve ever come across. That title would go to the United States Marine Corps, and it seems to be a title the Marines own with pride. However, with over 12,000 military personnel stationed on base and thousands more in and around the Tampa area, the odds of running into an Airman “Snuffy” every now and then are pretty good. Air Force personnel will know Airman Snuffy as the proverbial screw up, but many don’t know that Airman Snuffy was based on a real person.
In 1942, a 31-year-old Maynard Smith was given the choice by a judge to join the military or go to jail. He chose the military and found himself in aerial gunnery school. By the time he arrived in England, his obnoxious personality and reputation preceded him. Given the name “Snuffy” due to his obtuse personality, no one wanted to fly with him. Finally getting the chance to fly, his very first mission was to bomb U-boat pens near Saint-Nazaire.
During this mission, his bomber took heavy fire and was set aflame. For nearly 90 minutes, Smith risked his life throwing exploding ammunition out of the fuselage. He eventually was able to put out the fire, in part by urinating on it. When the plane landed, word about Maynard’s gallantry got around and the man named “Snuffy” was awarded the Medal of Honor. When the Secretary of War arrived to award him his medal, “Snuffy” was already back on KP duty for disciplinary problems. Moreover, after his award, Maynard Smith would find himself demoted back to the rank of Private. 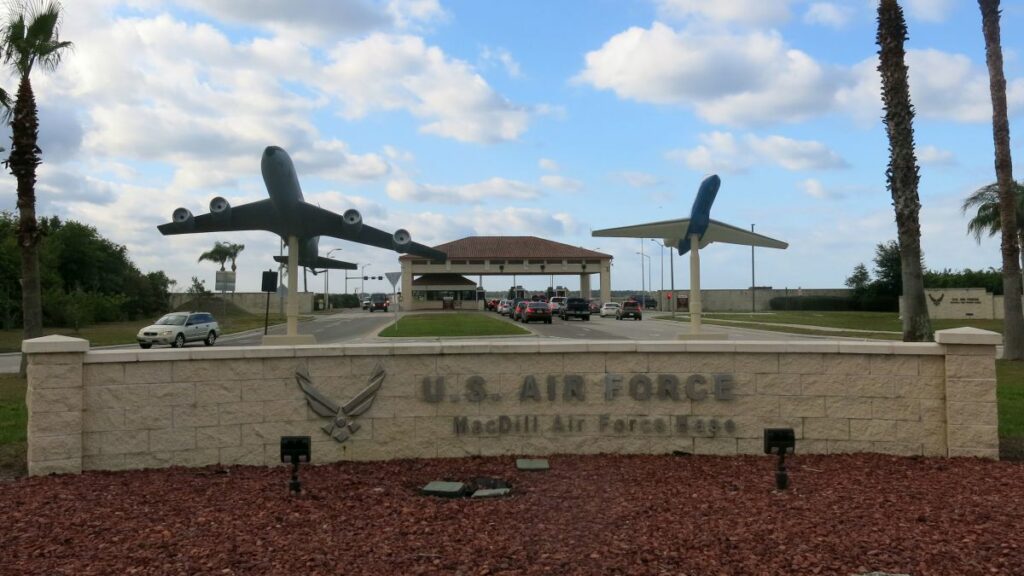 We share that story about the Medal of Honor recipient no one liked because our experience with military law has proven, time and time again, that the military justice system and the UCMJ are not as black and white as one would think. A court martial does not automatically equate a bad Airman and as such, Air Force officers and enlisted personnel deserve the opportunity to fight for their reputation and their careers.
It may very well be true that no one wanted to fly with Maynard “Snuffy” Smith, but for the men that flew with him on that fateful sortie in 1943, he was the only man for the job. When the UCMJ levies a charge against an Airman or a court martial is convened, it is not automatic that the military justice system will take into account the full service record of the individual. That’s where the Bilecki Law Group comes in. We fight for the whole person, career, and reputation of the Airman. Every service member is more than the sum of charges against them. 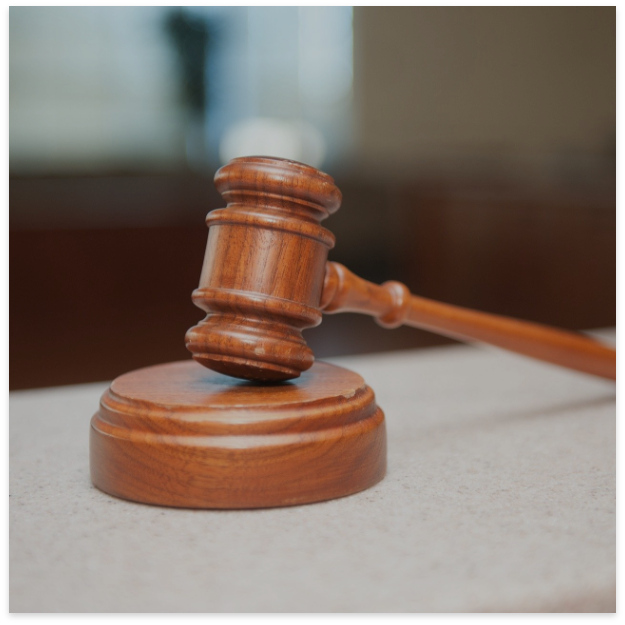 How A Military Court Martial Lawyer Can Work For You

During World War Two, a military court martial lawyer would likely have not done Maynard “Snuffy” Smith any good. Despite his inexplicable act of gallantry, the man clearly had a penchant for trouble. As such, a military court martial lawyer is not going to instill military discipline in you when it is clearly needed. We’re not looking for “care er” clients who call us every six months when they are facing court martial again. When we speak of the limitations of the UCMJ, we are not indicating that it does not serve a good and righteous purpose.
A summary court martial is designed to dispose of minor charges and though we do defend clients facing such minor charges, repeat offenders do not find themselves remaining in the military for very long. The majority of our cases that we take on are for serious charges and those facing general court martial. Such an experience can be the sentinel event in an Airman’s career with their freedom, career, and retirement hanging in the balance. You get one shot to fight back during a general court martial and such cases are generally very unkind to those who lose. That’s why we win.

What Kind Of UCMJ Cases Do We See Out of MacDill AFB?

Bilecki Law Group is located right in Tampa, Florida where attorney Tim Bilecki was born and raised. Trying cases at McDill gives us the “homefield advantage.” While military clients fly us in from all over the world to defend their cases in court, nothing gives us pride like taking care of our hometown heroes right here in Tampa. So let’s talk about some of the cases that we might defend right here at MacDill AFB.
UCMJ Article 120 or Article 134 (Sex offenses)
These cases can include rape, sexual assault, aggravated sexual assault, abusive sexual contact, sexual assault of a minor, indecent viewing, indecent recording, forcible pandering, indecent exposure, and other Article 120 and Article 120(c) offenses. We know that some might read that list and wonder why we would defend such a charge. However, you must remember that everyone deserves the right to a staunch defense and we believe in the heralded notion that one is innocent until proven guilty. In many cases, all it takes is an allegation to sink a military career and that should not be so.
UCMJ Article 121 (Fraud and Larceny)
We defend cases such as conspiracy to defraud the military, BAH fraud, OHA fraud, extortion, larceny, wrongful appropriation, and more. It has been our experience that good men and women in uniform can be pressed into making a terrible decision by their pressing financial affairs. It often starts small and before they know it, the situation has gotten well out of hand. Yes, if you misappropriated an F-35 and flew it to a private island, your career is likely over, but we would love to take that case. In reality, if you have been accused or charged with a serious Article 121 offense, you need to fight back with everything you have and we are happy to help. Again, innocent until proven guilty.
UCMJ Article 128 (Assault and Violent Crime)
We represent service members facing charges including murder, manslaughter, aggravated assault, assault, and cases involving self-defense and defense of another. Fights in the military happen and that is no secret. Branches like to talk trash about each other and it can, at times, get out of hand. At MacDill AFB, let’s not forget that it is home to Special Operations Command as well. There are some bad boys in those spec ops units and a small fight can turn ugly in a hurry. This is where we defend the whole person and remind you that a special operator is more than the sum of the charges against him.
UCMJ Article 112a (Drug Crimes)
We defend cases involving drug possession, drug distribution, drug importation, drug manufacturing, drug trafficking, positive urinalysis cases, tampering with urinalysis cases, and more. These cases often involve illegal controlled substances such as marijuana, LSD, methamphetamines, cocaine, ecstasy, molly, opioids, analogues, and more. Speaking of the spec ops community, most of us can only imagine the stress they have endured on our behalf and we don’t offer moral judgement on how one may have coped. What we do offer is a staunch defense that fights for the sum of one’s career.
Punitive Articles of the UCMJ 77-134 (Military Specific Offenses)
These include charges such as fraternization, unauthorized absence (AWOL), disobeying a lawful order, conduct unbecoming an officer, and much more. Finally, this is where most of the Airman Snuffy’s live and breathe. Yes, they broke some aspects of the UCMJ, but let’s not forget all the good they have done. In Maynard Smith’s case, it turns out throwing exploding ammo out of a bomber and pissing on a fire until it was extinguished will buy you a good deal of latitude.

A Military Court Martial Lawyer Serves All Branches of the Military

As it pertains to Macdill Air Force Base, we really should point out the broad scope of servicemen and servicewomen who reside there. We mentioned how MacDill is home to Special Operations Command, but the Air Force base is also home to CENTCOM which has overseen the global wars on terror for the past 20 years. We’ve service members of every branch come to us for help out of MacDill and soon enough, we are sure we’ll get the chance to defend our first Space Force Guardian.
There are many reasons why we chose Tampa for our headquarters and the diverse and courageous group of men and women who serve out of MacDill was one of them. The fact that Tampa won the Super Bowl and the Stanley Cup, well, that’s just the icing on the cake. The men and women of every service branch serve with honor and much like Maynard “Snuffy” Smith, they might find themselves in a bit of trouble from time to time. They deserve the best defense available, and the Bilecki Law Group will put its stats and winning record against anyone in the Tampa area. Anyone!

Finally, we’ll leave you with these final words. Don’t fight the military justice system alone. Not when your freedom, career, or retirement is on the line. The military justice system is designed to avoid losing at all costs. That’s the fear that drives the rigid discipline and adherence to the UCMJ. On one hand it works for good order and discipline. On the other, if they feel they need to make an example out of you, they will. Regardless of the sum of your prior service.
Don’t fight that system alone and if you don’t retain the Bilecki Law Group, please retain someone. That is someone who knows what it means to walk into that military courtroom and fight for you with the same relentlessness that you offered for this country in its defense. We specialize in taking the fight to the military justice system on your behalf and it is our honor to do so. To all of our service members out of MacDill AFB, thank you for the privilege to fight for you. To our prospective clients out of MacDill, reach out for a free consultation and let’s get the fight for your defense started right now.