To be clear, Naval Submarine Base Kings Bay does not house the entirety of America’s nuclear deterrent as doing so would provide far too lucrative a target and also make us a traitor for revealing its location. However, we are quite confident that our nation’s enemies are not unaware that Kings Bay is home to the Atlantic fleet’s nuclear ballistic missile submarines. The type of firepower that sails in and out of Kings Bay is enough to change the course of humanity itself.
Yet, long before nukes were part of the equation, America’s submarine force was known for taking it to the enemy in any way possible. Often bending the rules to do so, it takes a bit of a rogue Sailor to sail under the sea in a metal can for extended periods of time. One such rogue Sailor was future Admiral Eugene Fluckey. In command of the USS Barb during WW2, Fluckey exploits were the source of legend. He’s credited with the most tonnage sunk by a U.S. skipper during WW2 and received the Medal of Honor in doing so. Remarkably, that wasn’t his most fascinating accomplishment.
Eugene Fluckey ordered the one and only land invasion of the Japanese mainland with just 8 men. Observation of the Japanese coast in 1945 noted large troop trains speeding up and down the coast. Seeing the target of opportunity, Fluckey did what any reasonable sub commander would do. He ordered an invasion of the Japanese mainland and sent only 8 men. Those men were able to set charges on the rail line and when the next train came across, he blew it into the sky. Perhaps the only submarine credited with killing a train on land, the man redefined submarine warfare for the entire world. It takes a “unique” individual to thrive under the sea and sometimes, that uniqueness can find their way into trouble back at the barracks. 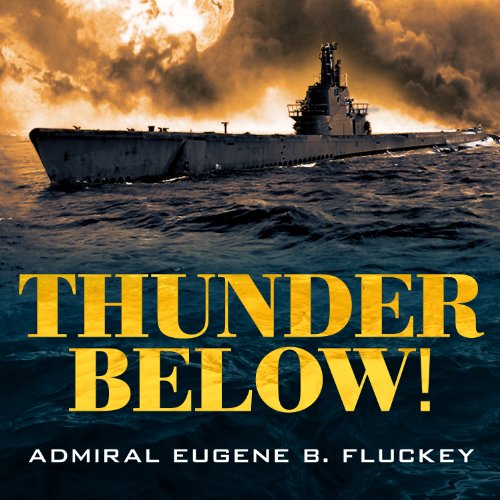 When A Submariner Runs Into Trouble With the UCMJ

Since the advent of the submarine in the U.S Navy, submarines have been known for owning their own unique culture. As stated earlier, it takes a unique man or woman to brave months under the sea without the sight of daylight and sometimes those men need to cut loose when they do get back home. Many of those Sailors call Kings Bay in Georgia home.
Now, we’d like to submit that Eugene Fluckey invaded Japan on his own and perhaps the only reason there was not a standing order not to invade Japan was that there was no reason to think anyone was crazy enough to do so. The amount of risk taken by Fluckey and those men, particularly in mid 1945 when the war seemed all but won is astounding. Now, that type of mentality is not just something you can turn on when you set sail and turn off when you pull into port.

The Types of Charges We Defend In a Court Martial Trial

Just how much trouble can a Sailor get into while on leave? Well, if previous client records are any indication, a whole lot. That being said, it doesn’t have to be and it shouldn’t be the end of a career or one’s personal freedom when it happens. Good Sailors from sea to shining sea can find themselves in a world of trouble as the UCMJ is both friend and foe. It is a friend because it helps instill military discipline and order, but when it becomes a foe to a good Sailor it becomes a fascinatingly cruel one. Below you’ll find a list of the types of charges we defend, but not this list is not comprehensive.
UCMJ Article 120 or Article 134 (Sex offenses)
These cases can include rape, sexual assault, aggravated sexual assault, abusive sexual contact, sexual assault of a minor, indecent viewing, indecent recording, forcible pandering, indecent exposure, and other Article 120 and Article 120(c) offenses. A drunken Sailor on shore leave used to be the source of comedic bits, but in modernity it has become much more of a real problem. Allegations of inappropriate sexual behavior are enough to ruin a military career, even if never founded. If you are the subject of such accusations, you deserve a staunch defense and the ability to fight back.
UCMJ Article 121 (Fraud and Larceny)
We defend cases such as conspiracy to defraud the military, BAH fraud, OHA fraud, extortion, larceny, wrongful appropriation, and more. There is a part of us that wonders if Eugene Fluckey would not have been charged in the modern military with the wrongful appropriation of explosives to destroy that train. However, what we are more likely to see these days is something along the lines of BAH fraud. Sham marriages and false residency locations have gotten far too many Sailors in trouble. Then again, when a sailor Spends the majority of the year at sea and most of that under the ocean, you can see why some Sailors are tempted by this approach.
UCMJ Article 128 (Assault and Violent Crime)
We represent service members facing charges including murder, manslaughter, aggravated assault, assault, and cases involving self-defense and defense of another. Look, the Marines and the Navy are all part of the same department. But remind a Marine of that too many times and when he responds with one too many “semen Seaman” jokes, a fight is likely going to break out. The problem is when neither side wants to lose and a beer bottle, pool cue, 2X4, chair, or rock comes into the equation. It can get out of control quickly and both sides can find themselves in more trouble than either wanted. It doesn’t have to and nor should it end a career.
UCMJ Article 112a (Drug Crimes)
We defend cases involving drug possession, drug distribution, drug importation, drug manufacturing, drug trafficking, positive urinalysis cases, tampering with urinalysis cases, and more. These cases often involve illegal controlled substances such as marijuana, LSD, methamphetamines, cocaine, ecstasy, molly, opioids, analogues, and more. Not every Sailor copes with months under the sea the same and some modern submarines have turned to illicit substances. Listen, the military is right to discourage or prohibit the use of drugs. However, circumstances matter and don’t assume that the first time you pop on a drug test that you are obligated to walk the plank. Get a lawyer and get good legal advice.
Punitive Articles of the UCMJ 77-134 (Military Specific Offenses)
These include charges such as fraternization, unauthorized absence (AWOL), disobeying a lawful order, conduct unbecoming an officer, and much more. Look, being awarded the Medal of Honor will cut you a great deal of slack, but something tells me that Eugene Fluckey was not a “by the book” Sailor or officer. At times, great minds have to think outside of the box and the UCMJ seems more like a list of suggestions during combat than a hard and fast rule.

How And Why We Fight the UCMJ

The Military Justice System has seemingly unlimited resources and trust us when we say that the military justice system does not like to lose. We fight back by specializing in at-trial in court representation. You see, we understand from years of experience inside the military justice system that they would prefer to get a win without going to court. That’s why it is almost a shock to the system when a Sailor chooses court martial.

That’s where we are at our best. We present an aggressive defense that has already developed a strong reputation among JAG circles. Bottom line is that we win cases at court and we have the stats to prove it. When your career, retirement, or freedom is on the line, you don’t want an attorney who is going to encourage you to plea when you should fight. We fight because you are more than the sum of the charges against you and you deserve adequate representation.
GET CASE EVALUATION

Fight For Yourself As Hard As You Fight For This Country

Perhaps the most remarkable aspect about Eugene Fluckey’s raid on Japan was that all 8 men went willingly. Even though Fluckey’s directions were for 7 of them to bug out while one man set the remote charge, all 8 men huddled around that rail line knowing full well that if it blew that they would all experience the same fate. The men were actually in the rescue boats paddling on the way back to the submarine when the next train rolled over the charge and went up in a blaze of glory. Meanwhile the rest of the men on the sub were up on the deck cheering them on.
It was audacious as it gets and history will forever remember their willingness to fight against all odds. Your family needs you to be just as audacious with your court martial defense. If you reach out to us, we’ll give you a free consultation and tell you exactly what you are facing. The choice will be yours and if you are willing to fight, then so are we. Fight for yourself as hard as you are willing to fight for this country. You deserve the freedom you fighting to defend.