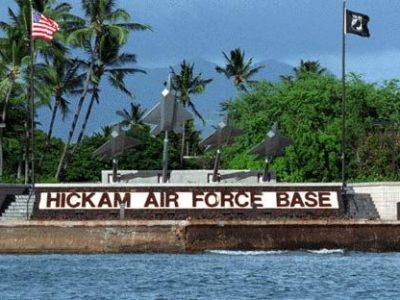 One can hardly mention the words “Pearl Harbor” without instantly invoking memories of the day that would live in infamy. Pearl Harbor was front and center in the Pacific War during World War 2 and its legacy is enshrined in military history as a result. However, Joint Base Pearl Harbor-Hickam has continued to serve this nation over the past 75 years and with each new conflict, the legacy of the men and women who serve out of this historic base is carried forward. However, within that history there exists the reminder that the United States Military and subsequently the military justice system does not always get it right when it comes to the great matters of our day.

December 7th, 1941, was indeed a day that would live in infamy and it would also be a day that would highlight to the nation the unjust manner in which men and women of color were treated in uniform. When the Japanese bombs began to descend upon Pearl Harbor, Doris Miller was serving as a mess attendant aboard the battleship West Virginia. As an African-American, this was one of the few jobs made available to him. Which is absurd because the man was a rock solid 6 foot 3 and 200 pounds of iron. He was known to be the best boxer on the ship and to say the man could do nothing but cook was a true injustice.
As bombs dropped, Miller was gathering laundry of all things when the ship was rocked with explosions. He made his way to an anti-aircraft battery, but it was too damaged to function. He proceeded to the bridge where he found the Captain seriously wounded and refusing to leave the bridge. Miller helped him up to a more covered position so the Captain could stay in the fight. Miller then manned a .50 caliber machine gun and began to give it back to the Japanese as best he could. 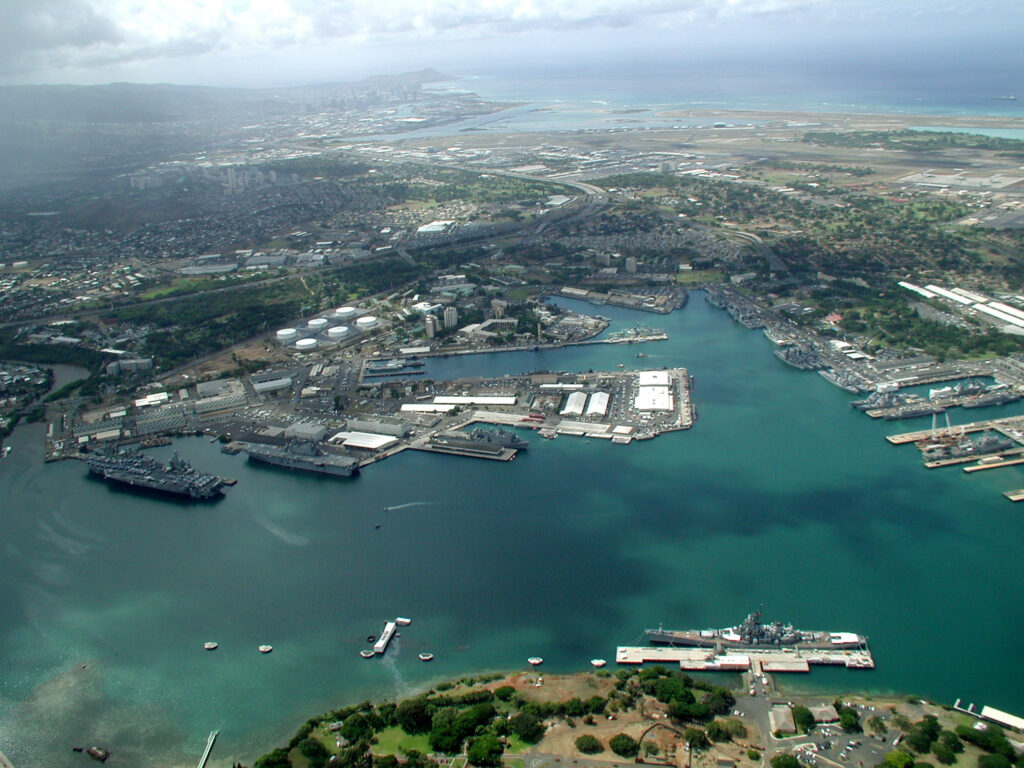 Miller fired for 15 minutes straight without regard for his own safety as the Japanese bombed and strafed the ship. When he was finally out of ammunition and it was clear the ship was going down, Miller left and began to help those he could. For his actions that day, Miller would receive the Navy Cross and become the first African American to do so. While many believe Miller should have received the Medal of Honor, it would have been difficult for the military to make that happen during that era and time. Sadly, Miller would not survive the war as he went down during the sinking of the Liscomb Bay where he was still serving as a cook. Even after all of that gallantry, they asked Miller to head back to the galley and cook.
0 +
Years of Experience
0 +
Court Martial Verdicts
0 +
Service Members Represented
0 m+
Miles Traveled

The UCMJ Has Been Enforced Differently Throughout The Years

How men and women of color were treated is but one chapter in the long saga of things the military and the military justice system does not get right. Consider now that the Secretary of Defense is African American and yet, in World War 2 men like Doris Miller were relegated to cooking and laundry. Consider that in the 1990’s, many good men and women received other than honorable or dishonorable discharges for their sexual orientation and today, they can serve openly.
The military justice system is not an exception to this rule. What is prosecuted vigorously today may not be so tomorrow. What cost one Sailor their career can lead another Sailor to a promotion in another era. It’s maddening if you find yourself on the wrong side of this arbitrary prosecution and when the UCMJ comes looking for you, it may feel like there is little you can do. Well, if we might be so bold as to suggest that you take a page from Doris Miller’s playbook. That is to make a stand and fight, regardless of how much others will tell you to lay down and let the military justice system roll over you.

How To Fight Back Against Misuse of the UCMJ

The answer on how to fight back against abuse and misuse of the UCMJ is right there in the question. The answer is simply to fight. The military justice system looks for an easy win and in all reality, they’d rather get that win before you ever step foot in a military court room. That’s why the Bilecki Law Group has specialized in at-trial in court representation. We take the fight right to the military justice system because we can testify first hand that the military justice system doesn’t always get it right. Below are some of the charges we defend out of Joint Base Pearl Harbor-Hickam and you’ll see that even the most serious of charges fail to scare us away.
UCMJ Article 120 or Article 134 (Sex offenses)
These cases can include rape, sexual assault, aggravated sexual assault, abusive sexual contact, sexual assault of a minor, indecent viewing, indecent recording, forcible pandering, indecent exposure, and other Article 120 and Article 120(c) offenses. Just as the military has had to undergo a reckoning with race and sexual orientation, so to has the military had to work through its problem with sexual assault within the ranks. While we applaud this effort, unfortunately there are many good men and women who wear the uniform that are getting caught up in this campaign. An environment has been created where an allegation is treated as proof of guilt and careers are getting ruined in the meantime. If you are innocent of any charge under these articles, you are likely going to have to fight to prove it. We’ll say it again, if you are innocent or the full story is not being considered, you need to fight.
UCMJ Article 121 (Fraud and Larceny)
We defend cases such as conspiracy to defraud the military, BAH fraud, OHA fraud, extortion, larceny, wrongful appropriation, and more. Life in Hawaii is expensive and unfortunately, this often leads to mischief with regards to BAH. BAH fraud is one of the more common charges we see and in plenty of cases, they result from the overzealous certainty of a military investigator who thinks they caught you. The truth may set you free, but sometimes you have to fight to get the truth into the light.
UCMJ Article 128 (Assault and Violent Crime)
We represent service members facing charges including murder, manslaughter, aggravated assault, assault, and cases involving self-defense and defense of another. Now, Doris Miller may have been a cook, but it is clear the man could fight. However, if Miller had landed a good right cross on a white sailor outside of a boxing ring in 1941 Pearl Harbor, how do you think he would have been treated by the military justice system? There is always more to the story when it comes to a fight in the military. Some are harmless, but when a weapon like a chair or beer bottle gets involved, the charges can get serious in a hurry.
UCMJ Article 112a (Drug Crimes)
We defend cases involving drug possession, drug distribution, drug importation, drug manufacturing, drug trafficking, positive urinalysis cases, tampering with urinalysis cases, and more. These cases often involve illegal controlled substances such as marijuana, LSD, methamphetamines, cocaine, ecstasy, molly, opioids, analogues, and more. Tourists from all over the world come to Hawaii and unfortunately, they bring their favorite drugs with them. This often leads to trouble for service members off base and although it is a civilian that gets the Sailor in trouble, it is the Sailor who has to answer to the UCMJ for it all. These are charges that can be quite serious and need to be fought if you value your career, retirement, or freedom.
Punitive Articles of the UCMJ 77-134 (Military Specific Offenses)
These include charges such as fraternization, unauthorized absence (AWOL), disobeying a lawful order, conduct unbecoming an officer, and much more. The punitive articles are often the ones that are enforced in an arbitrary manner and entirely dependent on the mood and climate of command at the time. While we understand the purpose of the UCMJ and we value military discipline, some of the charges can be just plain silly. They make about as much sense as putting your best fighter in the galley rather than on the battlefield.

Fighting Back Against the UCMJ In Every Clime and Place

While court martial lawyer Tim Bilecki has moved from Hawaii to Tampa, Florida, the Bilecki Law Group will always take cases out of Pearl Harbor-Hickam as we consider Hawaii to be our 2nd home. For years Bilecki operated out of Hawaii for over a decade, and the reality is that even when we were in there, clients would fly us in from all over the world to defend their cases. So yes, if you need an aggressive military court martial defense, then we would be happy to fly back to our second home and fight by your side.
If you are under investigation or facing court martial, please don’t assume the military justice system always gets it right. The story of Doris Miller is just one of many examples as to how the military can get it wrong and your career, retirement, or freedom should not suffer for their mistake. Reach out to us and we’ll give you a free consultation. We’ll tell you exactly what you are facing and as long as you are willing to fight for what’s right, so are we. We salute all of you continuing to serve our country out of Pearl Harbor-Hickam and are confident that you will continue to live up to the legacy of that historic base.
GET CASE EVALUATION