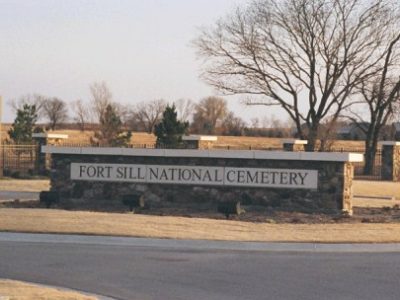 Good Soldiers never quit and they refuse to relent in the face of adversity. Granted, most never think that adversity would come in the form of a military court martial, but perseverance is required all the same. It makes no more sense for a Soldier to lay down in the heat of battle in foreign lands than it does for an innocent Soldier to lay down and take his court martial like a good boy. Look, we realize you may have found this article because you are facing investigation or yo ur own court martial. Before we break down what you are facing, let’s get a little inspired as to what it means to never give up and to never stay down.

Benjamin Wilson was an officer who actually received his commission at Fort Sill in 1942, but missed out on all the fighting in World War 2. After a brief post-war stint as a civilian, he wanted back in the Army. However, because they were thinning the officer ranks at that time, Wilson voluntarily gave up his commission and enlisted as a Private. By 1951, the Korean War was in full steam and Wilson’s natural leadership had made him a 1st Sergeant by this point.
When his Company was tasked with taking a reinforced enemy position known as “Hell Hill”, Wilson did what he did best and led from the front. When his company was pinned down, he charged ahead on his own and killed four enemies manning a machine gun bunker by himself. He then took his men on a furious bayonet charge that killed over 25 Chinese soldiers. That’s when the Chinese counter-attacked. Realizing his men stood the risk of being overrun, he led a one-man charge on the attacking force killing 7, wounding 2, and sending the rest running for cover. 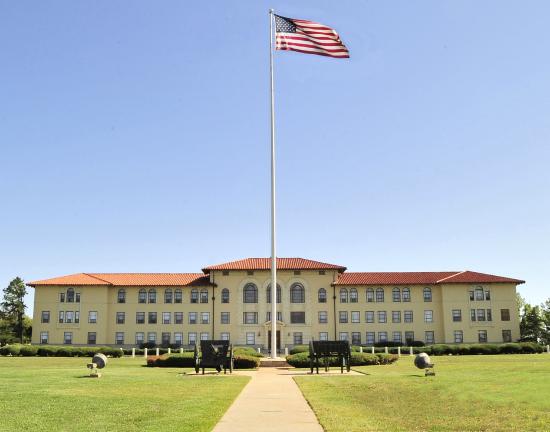 His actions led the Company within 15 yards of their objective before the Chinese showed up in overwhelmingly superior numbers. In the attack, Wilson was wounded and was carried down the hill on a stretcher against his protests. However, the medics had to put the stretcher down to rest. Wilson leaped off the canvas and raced back up the hill in obvious pain. The fighting was hand to hand at this point and after killing three more enemies before his rifle was taken, Wilson broke out the entrenching tool and killed four more Chinese soldiers. He then continued to lay covering fire until he was wounded yet again. For his actions that day, Wilson was awarded the Medal of Honor and the eternal respect of every Soldier who watched him get back up that day.
0 +
Years of Experience
0 +
Court Martial Verdicts
0 +
Service Members Represented
0 m+
Miles Traveled

Never Give Up and Never Surrender to Misuse of the UCMJ

Clearly, Wilson was a man who knew what it meant to never give up and we didn’t even get into the fact that just a few days later, he was awarded the Distinguished Service Cross as well for more gallant actions. It was said that had he not just received the Medal of Honor a few days earlier, that this action too would have warranted the nation’s highest military honor. Wilson doesn’t quit and it is in that same spirit that we plead with you not to give up when you are facing the misuse and abuse of the UCMJ.
Now, we understand that UCMJ has its right and proper use to maintain military discipline. As such it is an ally in the fight for our nation. However, when it is misused or places innocent men and women in its crosshairs, the UCMJ can be a cruel friend. When you are facing such an uphill battle as was Wilson, the only recourse is to stand back up and get back in the fight for your career, reputation, and your freedom.

What Types of UCMJ Charges Can The Bilecki Law Group Fight

Namesake and founder, Tim Bilecki, spent years inside the military justice system as a senior defense counsel with the Army. What he saw was a system that would spare no cost and step over any career in order to seem infallible. It pressured Soldiers to accept their punishment like good Soldiers and completely disregard how articles of the UCMJ were inconsistently applied from command to command. What Tim learned first hand was that it is almost a shock to the system when Soldiers fight back with a fierceness unforeseen. When a good Soldier refuses to lay down, they win more often than they lose. We believe a staunch military court martial defense to be essential to this process and as such, we don’t shy away from the most serious of charges.
UCMJ Article 120 or Article 134 (Sex offenses)
These cases can include rape, sexual assault, aggravated sexual assault, abusive sexual contact, sexual assault of a minor, indecent viewing, indecent recording, forcible pandering, indecent exposure, and other Article 120 and Article 120(c) offenses. When a Soldier receives a charge of sexual misconduct, it takes the breath right out of them. It seems as if the allegation alone is enough to take down a career. If you are innocent of the charges, you can’t just lay down and let the military justice system roll over you. Moreover, if the charges do not take into account the full narrative, you need to fight to get it heard in court. Innocent Soldiers going to jail for crimes they didn’t commit. This offers no one justice and it does nothing to rid sexual assault from the ranks. You may feel down and out, but get up off of the stretcher with your etool and get back into the fight.
UCMJ Article 121 (Fraud and Larceny)
We defend cases such as conspiracy to defraud the military, BAH fraud, OHA fraud, extortion, larceny, wrongful appropriation, and more. In the modern peacetime military, we’re pretty sure that if Wilson had lost his etool after cracking it upside the heads of the enemy that someone would be looking to charge him for it. The peacetime military is a difficult thing to navigate for those born to be on the battlefield. Sometimes it is wrongful appropriation and often it is a case of BAH fraud that we see. Soldiers trying to make ends meet out of Fort Still make a mistake or misunderstand the rules and before you know it, a military investigator is knocking on their door. You can fight BAH fraud charges and it doesn’t have to end a career.
UCMJ Article 128 (Assault and Violent Crime)
We represent service members facing charges including murder, manslaughter, aggravated assault, assault, and cases involving self-defense and defense of another. Now, we sort of lost count, but there were approximately 15 well armed Chinese soldiers that Wilson killed by himself that day. This is a man you don’t want to meet in a fight. For better or worse, fights do happen in the military and while it is rarely an etool used, the charges can escalate quickly when a weapon is involved. Keep in mind that this can be a beer bottle, chair, or pool cue. The charge is all the same and we fight those charges to keep our Soldiers who like to fight in the fight for this nation’s freedom when it matters most.
UCMJ Article 112a (Drug Crimes)
We defend cases involving drug possession, drug distribution, drug importation, drug manufacturing, drug trafficking, positive urinalysis cases, tampering with urinalysis cases, and more. These cases often involve illegal controlled substances such as marijuana, LSD, methamphetamines, cocaine, ecstasy, molly, opioids, analogues, and more. We’d like to say that drugs were not a problem in the military, but the list of cases we defend proves otherwise. Many times it is a civilian that leads an otherwise good Soldier down a dangerous path, which is unfortunate because that civilian will face few penalties. Our Soldiers have to answer to the UCMJ, but this doesn’t have to be a career death sentence if you fight like your life and career depended on it.
Punitive Articles of the UCMJ 77-134 (Military Specific Offenses)
These include charges such as fraternization, unauthorized absence (AWOL), disobeying a lawful order, conduct unbecoming an officer, and much more. It must have been difficult for the once officer in Benjamin Wilson to swallow his pride and become a Private just to get back into the fight. It wouldn’t surprise us in the least if you technically ran afoul of the UCMJ a time or two as some of these charges can be just plain silly. Moreover, these charges are the ones that are rarely enforced with consistency from command to command. You may think it a small charge, but if you think you are being singled out for misuse of the UCMJ, the answer is again, fight.

The Bilecki Law Group is a boutique firm that specializes in at-trial courtroom representation during a Court Martial. Military members fly us in from all over the world to defend their cases because we have a defense so aggressive it looks more like an offense. In doing so, we’ve developed quite a reputation among military prosecutors and when they see our name on the docket, they know they have a fight on their hands. No questions about it.

We do this because we know that this is your best chance to fight back and because we truly believe that you are more than the sum of charges levied against you. We see that with Soldiers at Fort Sill, Oklahoma and you’ll see that we believe that of you as well. There is always more to the story and typically, when the military prosecutor wants you to lay down and give up, it means you should fight the hardest.

If you are under investigation or facing a court martial, reach out to us and we’ll give you a free consultation. We’ll always shoot you straight as to exactly what you are facing. So long as you are willing to stand up and fight, so are we. We just need you to get back up off of that stretcher and like Wilson, continue back up the hill for your career, retirement, and your freedom. Don’t give up. Never relent and take the fight back to the military justice system.