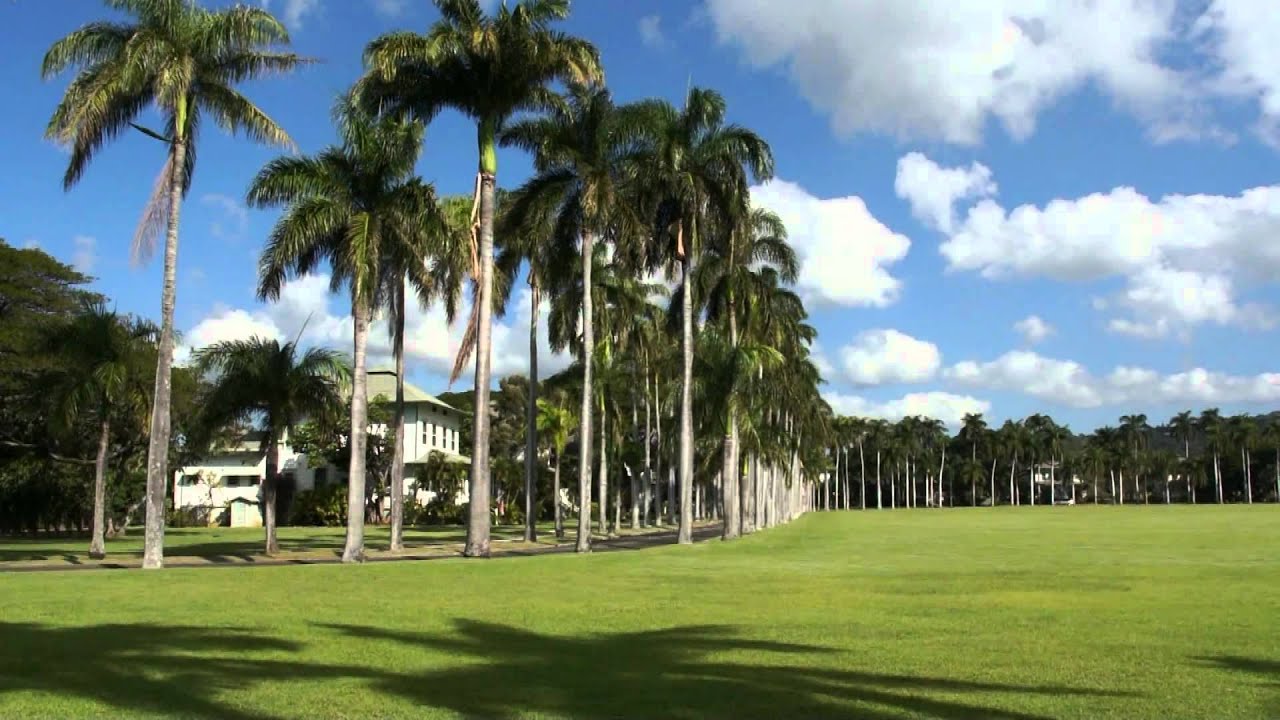 One trip across Fort Shafter and you’ll see more stars and stacks of chevrons on uniforms than there are grains of sand on the beach. Home to U.S. Army Pacific Command, Fort Shafter has no short supply of senior officers or enlisted which can make this installation a fairly perilous place for any Soldiers who might run afoul of the UCMJ. Sneeze wrong and there is likely a General around to charge you with conduct unbecoming an officer for failing to cover your nose. That’s why the Bilecki Law Group found itself busy as we fought to preserve the careers, retirements, and freedoms of those senior personnel out of Fort Shafter.
It shouldn’t be any surprise that ambitious officers or senior enlisted personnel would sometimes thwart the career of another as that tradition goes back to the heyday of U.S. Army Pacific Command itself. On December 8th, 1941, Japanese forces stormed the Philippines which put infamous General Douglas MacArthur front and center. While General MacArthur would take a great deal of heat for the loss of the island, the soldiers who fought for its defense did so gallantly.
By March of 1942, General MacArthur and his family exited the Philippines and left the defense of the last stand at Corregidor to Lt. General Wainwright. The man could be seen leading the defense of the fortress island from the front and he quickly earned the respect of all those who were with him. However, by May the promised reinforcements had not arrived and history would demonstrate that they were not even close to being on the way. Reluctantly and with heavy heart, Lt. General Wainwright surrendered to save the men that would have inevitably been slaughtered.
Lt. General Wainwright would spend the rest of the war as the highest ranking POW in the Pacific. During his captivity, he considered himself a failure and the mental pain inflicted as a result was almost as much as the physical pain inflicted by the Japanese. When word of Wainwrights’ gallant stand spread, he was recommended for the Medal of Honor. The only problem was that General MacArthur was there to put a stop to it. 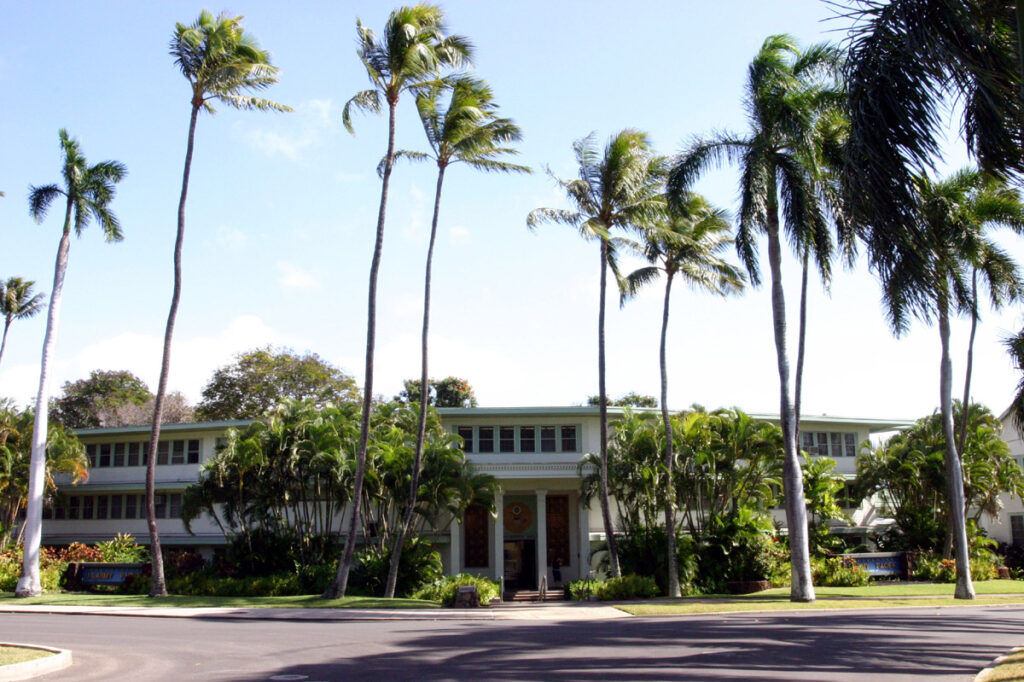 You see, MacArthur thought that Corregidor should have never surrendered, which is a fairly hypocritical stance for him to take from the safety of Australia. It was only after the war and when it was realized that MacArthur would have to look Wainwright in the eye that he relented. Emaciated but still able to stand, Lt. General Wainwright was there to witness the surrender of the Japanese about the USS Missouri in September of 1945.
0 +
Years of Experience
0 +
Court Martial Verdicts
0 +
Service Members Represented
0 m+
Miles Traveled

Senior Officers and Enlisted Personnel Get Court Martialed As Well

Now, the saga between MacArthur and Wainwright wasn’t a court martial affair, but it goes a long way to show that senior officers aren’t afraid to screw over their fellow officers in a pinch. For Wainwright to receive the nation’s highest military award for defending the place that MacArthur abandoned seemed too much for the man. Pride and arrogance along with a lack of professional empathy have led to the ruin of many careers in the U.S. Army Pacific Command.
That’s not to say that we only defend senior officers or enlisted as we take pride in showing up anywhere that the misapplication of the UCMJ tries to rear its ugly head. That’s right down the junior Private and right up to the Flag Officer running the whole show. The UCMJ can be a valuable tool for command to uphold military discipline at Fort Shafter and throughout all of the Pacific. However, when done in an arbitrary and capricious manner, much in the same way that MacArthur originally denied Wainwright’s Medal of Honor, it becomes a moral wrong.

As it pertains to the type of charges we defend, you’ll quickly see that we don’t shy away from a tough challenge any more than Wainwright tried to get out of defending Corregidor. We understand that the military justice system mandates that you receive a staunch military court martial defense and we show up to do our duty. What’s even better, is that we win far more often than we lose. In fact, we’d put our stats up against any other military court martial defense attorney in the game. Below you’ll find some examples of the charges we defend and just not that this list is not comprehensive.
UCMJ Article 120 or Article 134 (Sex offenses)
These cases can include rape, sexual assault, aggravated sexual assault, abusive sexual contact, sexual assault of a minor, indecent viewing, indecent recording, forcible pandering, indecent exposure, and other Article 120 and Article 120(c) offenses. The U.S. Army is currently undergoing a well deserved reckoning as to how it has handled sexual assault in the past. While this is good news in general, it has also led to an environment where an allegation is treated as fact and is enough to end a career. This has senior officers and enlisted personnel alike fearing for the future of their careers when an allegation arises. Moreover, many of these individuals have substantial retirements on the line. Look, if you are innocent of the charge then you need to fight it. There is nothing noble about laying down and surrendering without a fight. Wainwright gave the Japanese all they could handle and then some before he relented. We’ll say it again, if you are innocent then you need to fight.
UCMJ Article 121 (Fraud and Larceny)
We defend cases such as conspiracy to defraud the military, BAH fraud, OHA fraud, extortion, larceny, wrongful appropriation, and more. The truth is that life in Hawaii is expensive and senior officers can afford that more than junior officers or enlisted personnel. That’s why BAH fraud is one of the common charges we see come out of Fort Shafter. Sometimes it is the result of an innocent mistake and other times it derives from junior personnel just trying to make ends meet. In either case, there is always more to the story. Don’t assume that you have to admit guilt because some military prosecutor tells you that you have no choice. When in doubt, fight the good fight.
UCMJ Article 128 (Assault and Violent Crime)
We represent service members facing charges including murder, manslaughter, aggravated assault, assault, and cases involving self-defense and defense of another. There is a good part of us that believes Wainwright would have delivered a solid right hook to the jaw of MacArthur when they were reunited, if he had not been so malnourished. The truth is that there are some punches that feel good to land, but unfortunately, the UCMJ doesn’t always see it that way. This is particularly true if an impromptu weapon like a pool cue or beer bottle gets involved. A fight shouldn’t end the career of a good Soldier, not when we have emerging threats like China rising in the Pacific. Something tells us that this nation is going to need every fighter we can squeeze into the Pacific soon enough. As such, we’ll fight the good fight at your court martial to keep you in the fight that matters most.
UCMJ Article 112a (Drug Crimes)
We defend cases involving drug possession, drug distribution, drug importation, drug manufacturing, drug trafficking, positive urinalysis cases, tampering with urinalysis cases, and more. These cases often involve illegal controlled substances such as marijuana, LSD, methamphetamines, cocaine, ecstasy, molly, opioids, analogues, and more. Here’s another one that might catch you by surprise, but senior officers and enlisted personnel get caught up in drugs as well. Despite two plus decades of service, the military justice system often wants to treat this issue like treason. Good men and women who have given so much to this nation do not deserve to lose their career, retirement, or freedom over this issue. There is always more to the story and we continue to believe that every Soldier we defend is more than the sum of charges levied against them. You can fight Article 112a charges and most importantly, you can win.
Punitive Articles of the UCMJ 77-134 (Military Specific Offenses)
These include charges such as fraternization, unauthorized absence (AWOL), disobeying a lawful order, conduct unbecoming an officer, and much more. Personally, we think denying the Medal of Honor for the man who defended the area you bugged out from is conduct unbecoming an officer. Punitive articles of the UCMJ are a functional catch-all for maintaining military discipline, but they are not enforced consistently by any means. This is where another office can try to screw over another officer as you can’t just accuse them of rape out of nowhere. The military command structure is as political as any and you shouldn’t suffer as a result of politics. Sometimes the charge might seem small, but you need to fight it while you can still stand on the sum of your career.

Private or General, The Answer Is Still to Fight

The truth of the matter is that while Lt. General Wainwright received the nation’s highest military honor, the average Private that fought right beside him risked nothing less. We all just get this one life to live and for most of us, we all just get the one military career to play out. When your career or your freedom is on the line, the only proper response is to fight. Regardless of rank, take the fight to the UCMJ and the military justice system.
Founder and namesake, Tim Bilecki, spent years as a senior defense counsel for the Army. From the inside, he saw firsthand how the system is stacked against defendants who are unwilling to fight back. That is why Bilecki is unafraid to take the court martial all the way to trial. Truth be told, Tim actually prefers it as he boasts a defense so aggressive, it looks more like an offense.
Look, whether you are a Private or a General, don’t underestimate the military justice system’s ability to screw you over and take your career, retirement, or freedom. If you are under investigation or facing court martial, reach out to us and we’ll give you a free consultation. Hawaii was our backyard for many years and though Bilecki has moved to Tampa, we still take cases in Hawaii and all over the world for that matter. Clients bring us in because we know how to fight, and we know how to win. Don’t let someone else MacArthur your career and fight like Wainwright for what matters most.