Home of the 101st Airborne, Ft. Campbell Sees It’s Fair Share of Charges Under the UCMJ

Now, that is not to say that members of the 101st Airborne are somehow more prone to finding themselves on the wrong side of the UCMJ. Rather, that the base which houses this epic and historic unit is simply massive and where two or more Soldiers are gathered, someone is going to break a rule sooner or later. In some cases, the intent is malicious and in others, it is simply a side effect of men who are trained to adapt, overcome, and think outside of the box. Perhaps a stellar example of the latter can be taken from the famed mini-series, Band of Brothers, which chronicled the exploits of Easy Company of the 101st World War 2.
Any fan of military history has likely watched this series multiple times over, but there is one particular scene that sticks out to us as military trial defense attorneys. That’s when Major Dick Winters violated multiple articles of the UCMJ and his Soldiers loved him for it. Though technically the UCMJ wasn’t codified in its current form until 1950. When asked by Colonel Sink to repeat a daring and dangerous nighttime raid into Germany when the war was almost over, Major Winters broke the UCMJ for good reason. Not only did he disobey the order, but he told his men to make false reports about the outcome of the raid.
As Hollywood fiction, this would be an entertaining plot twist. However, considering this is based on historical fact makes it remarkable. Good men and women will, at times, have a moral case for violating the UCMJ. If that was true of the famed 101st in WW2 then it can equally be true of the famed 101st today. If for no other reason than that fact alone, those men and women deserve top tier military court martial defense. 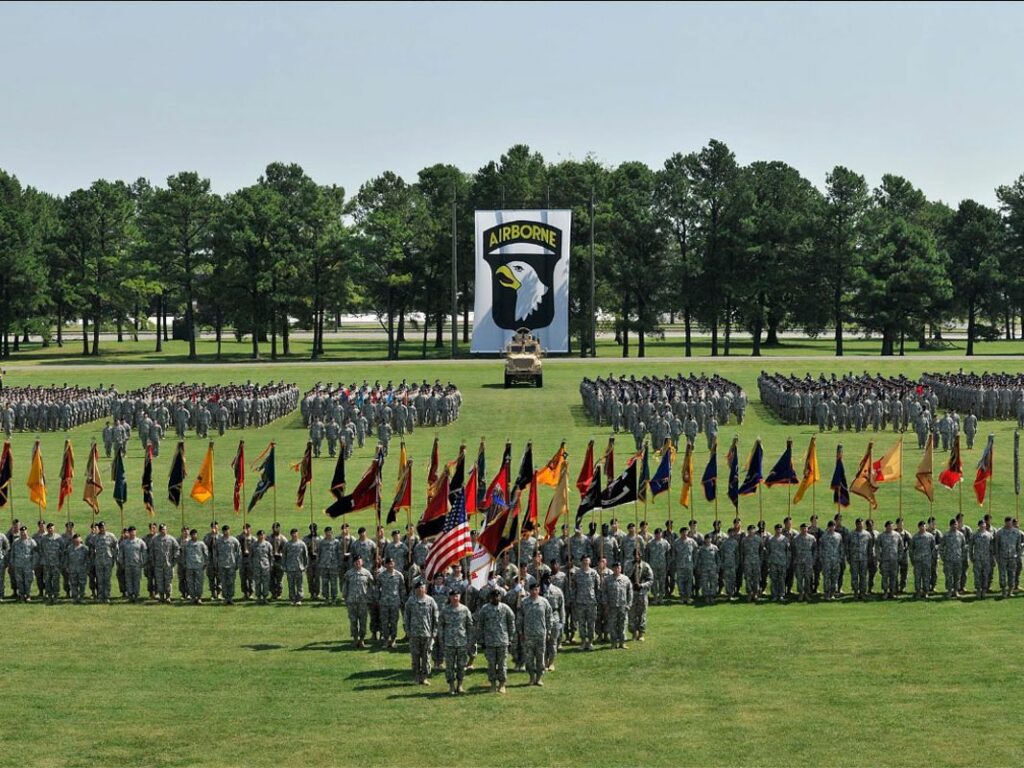 Sometimes Good Soldiers Have To Fight Back Against The UCMJ

While attorney-client privilege would forbid us from telling you about all the details of similar cases we’ve fought, and won, we can speak about public examples of what we describe above. For that, we’ll speak about Marine and recent Medal of Honor recipient, Dakota Meyer. Yes, we know he is a Marine and this is about the 101st, but bear with us.
In 2009 Afghanistan, Meyer was maintaining security at a rally point when the word went out that his fellow Soldiers had encountered a deadly ambush. Hearing the gun fire, Meyer requested to proceed into the ambush to help. He was denied. He asked again and he was again denied. Finally, Meyer defied a direct command and went into the kill zone.
There he killed multiple enemy fighters, prevented the dead bodies of Americans from being dragged away, and saved the lives of many. Defying the orders of his superiors, Meyer had just conducted actions that would lead to the Medal of Honor.

If You Don’t Earn a Medal of Honor, The UCMJ Is Coming For You

Fortunately for Meyer, picking up a Medal of Honor while breaking the UCMJ is perhaps the best legal defense known to mankind. The second best is hiring us, but even we admit we can’t top that one. Your average Soldier out of the 101st may conduct many acts of gallantry, but they don’t hand out Medals of Honor like they used to. That means your average Soldier is going to have to stand tall in front of a military court martial and that’s where we come in. We specialize in at-trial court defense. Moreover, we take on cases that span the entire spectrum of the UCMJ. Below you find a list that is not all-inclusive, but gives you an idea what we fight on any given day.
UCMJ Article 120 or Article 134 (Sex offenses)
These cases can include rape, sexual assault, aggravated sexual assault, abusive sexual contact, sexual assault of a minor, indecent viewing, indecent recording, forcible pandering, indecent exposure, and other Article 120 and Article 120(c) offenses. We recognize that this charge is a far cry from defying orders to save your fellow soldiers, but this one comes up far more often. You have to remember that all it takes is an allegation to ruin a career these days. Whether that stems from a domestic dispute or simply a night out on the town gone wrong, false allegations occur in and around Ft. Campbell. If you are innocent, then you need to fight.
UCMJ Article 121 (Fraud and Larceny)
We defend cases such as conspiracy to defraud the military, BAH fraud, OHA fraud, extortion, larceny, wrongful appropriation, and more. Once again, false allegations and good old fashioned human error can lead to some very serious charges under the UCMJ. Moreover, good officers and NCOs seem to have a unique ability to do what it takes to “tactically acquire” the gear their unit needs from a stingy supply chain.
UCMJ Article 128 (Assault and Violent Crime)
We represent service members facing charges including murder, manslaughter, aggravated assault, assault, and cases involving self-defense and defense of another. Fights get out of control in a hurry these days as it pertains to the airborne, it usually starts when someone inadvertently calls someone a “leg” with ill intent. Members of the 101st will understand this well and scuffle turns serious with a pool cue, beer bottle or more, good men can find themselves in a lot of trouble.
UCMJ Article 112a (Drug Crimes)
We defend cases involving drug possession, drug distribution, drug importation, drug manufacturing, drug trafficking, positive urinalysis cases, tampering with urinalysis cases, and more. These cases often involve illegal controlled substances such as marijuana, LSD, methamphetamines, cocaine, ecstasy, molly, opioids, analogues, and more. While it is entirely appropriate that the military would want to eliminate drug use, at some point the military is going to have to reconcile the fact that recreational marijuana is legal in 19 states now. Good careers don’t need to come to an end if there is suspected use.
Punitive Articles of the UCMJ 77-134 (Military Specific Offenses)
These include charges such as fraternization, unauthorized absence (AWOL), disobeying a lawful order, conduct unbecoming an officer, and much more. Finally, here we are at disobeying a lawful order and the other general charges that can ruin a career. It was a lawful order for Colonel Sink to order the 2nd raid into Germany. It was a violation of the UCMJ for Major Winters to deny it. It was a lawful order for commanders to order Dakota Meyer to stand down. It was a violation of the UCMJ for Meyer to enter the kill zone. If either man were to face a court martial for doing so, the Bilecki Law Group would jump at the chance to defend them.

How Does a Soldier Fight Back Against the UCMJ?

It might sound obvious, but the best way for a good Soldier to fight back against the UCMJ is to fight and that’s where we come in. We are a boutique law group that specializes in court martial defense in court. You might remember another scene from Band of Brothers where then Lieutenant Winters is facing discipline from Captain Sobel. The charge is obviously BS and when Winters informs him that he would request trial by court martial, Captain Sobel looks shocked.
That scene, right there, sums of the military justice system to perfection. The military does not like to lose and as such, they’ll take an easy win 10 times out of 10. It is a shock to the system when you are ready to go to trial and all you need is the best court martial defense attorneys in the nation. If we might be so humble as to suggest that is us. When you are ready to fight, the modern military justice system will look just as shocked as Captain Sobel. Most importantly, what is right is what will prevail.
GET CASE EVALUATION

The namesake for the Bilecki Law Group is attorney Tim Bilecki who spent years inside the military justice system as a member of the Army. He saw first hand what it takes to win and that’s why it is hard to call his approach a “defense.” To watch this aggressive style of defense play out in court would make one wonder who is actually on trial here?
The Bilecki Law Group has already developed a strong reputation within the military justice system and when they see the name Bilecki, they know they have a fight on their hands. If you are currently under investigation or facing charges under the UCMJ, please reach out to us. We’ll give you a free consultation and let you know exactly where you stand.
Then, as long as you are willing to fight, so are we. That’s because we know with certainty that good men and women can find themselves on the wrong side of the UCMJ. Major Winters violation of the UCMJ made one of the best examples of leadership on film to date. He is the supreme example of what the 101st strives to be and if can find himself on the wrong side of the UCMJ, so can you. Fight for your career, retirement, and your freedom.