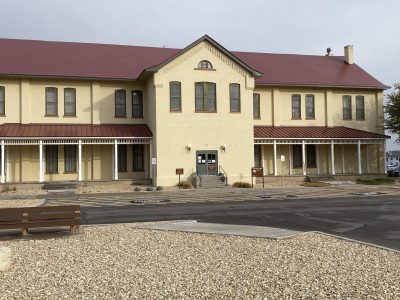 Appearances can be deceiving and to the novice Soldier who has yet to have a run in with the UCMJ, one might think that only “bad” Soldiers find themselves standing tall before a court martial. After all, if one is innocent, then why would the military justice system ever pursue a charge all the way to trial? Well, the truth is that the military justice system operates off of a great deal of assumptions backed by prosecutors who don’t like to look silly. As such, they press on when they should yield to the truth and many good Soldiers are harmed as a result.
Now, if you need any historical evidence that appearances can be deceiving, let us briefly cover the inexplicable story of William Crawford. Crawford served with Texas’ own 36th Infantry Division in World War during the furious campaign up the Italian peninsula. His company was assaulting a strategic hill when they became pinned down by accurate machine gun and mortar fire.
Without orders and acting solely on his intuition, Private Crawford identified the first gun position. He crawled to within meters of the gun emplacement and accurately lobbed a grenade right in their laps. With one gun down, he proceeded to the next far ahead of the rest of the Company. He then took out a second position and when he got to third gun, the Germans decided to make a run for it. Because of his actions that day, his Company took the hill. Unfortunately, Crawford was so far ahead of the rest that he ended up captured in the heat of the battle.
His company believed him to be dead as no one could make sight of him and for his action that day, Crawford’s father received the Medal of Honor on his behalf in 1944. Then, when the war was over and the POWs were released, they found Crawford. He would go on to retire as a Master Sergeant, but here is where the story gets interesting. After retirement in 1967, he got a job as a janitor at the Air Force Academy.
For over a decade, these future Air Force officers had no idea that the guy cleaning their toilets and taking out their trash was Medal of Honor recipient William Crawford. That was until one student was studying the Italian Campaign and realized their janitor was a hero. When he confronted Crawford with the truth, the meek man simply replied, “that was a long time ago.”
Well, the students couldn’t let it rest and when they realized that Crawford never actually got to receive his Medal of Honor, the fix was in. When Ronald Reagan spoke at the school in 1984, Crawford was called to the stage and he received due honor from the President. Crawford would die at the age of 81 and is now the only non-U.S. Air Force enlisted personnel buried at the Air Force Academy in Colorado Springs. 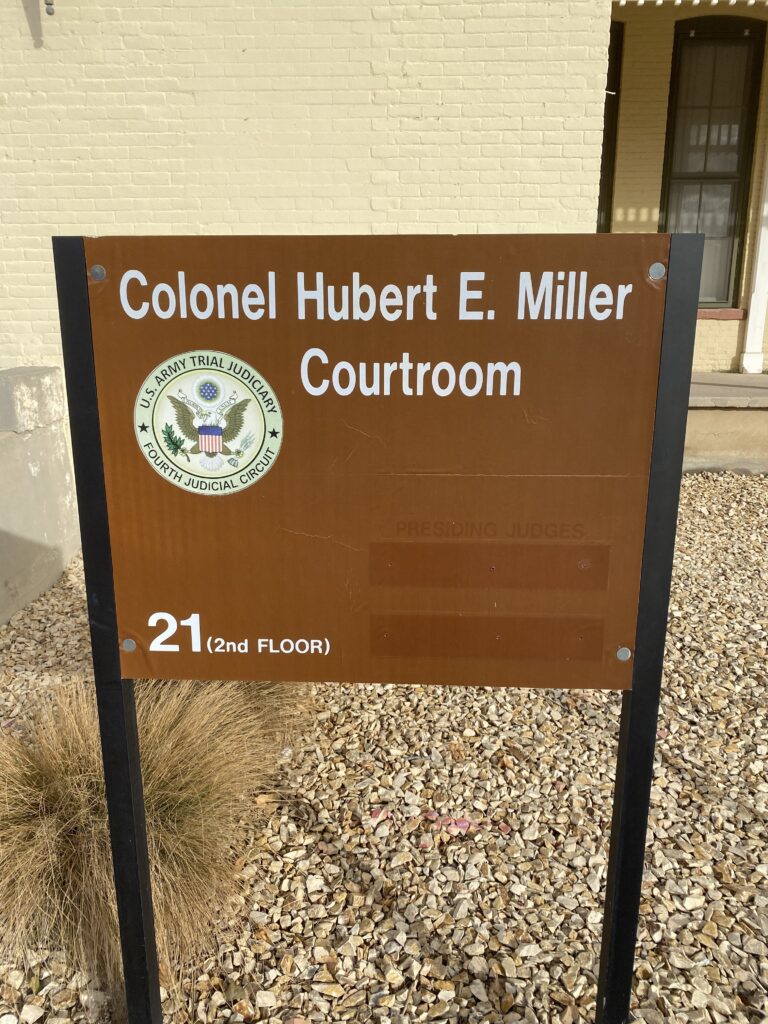 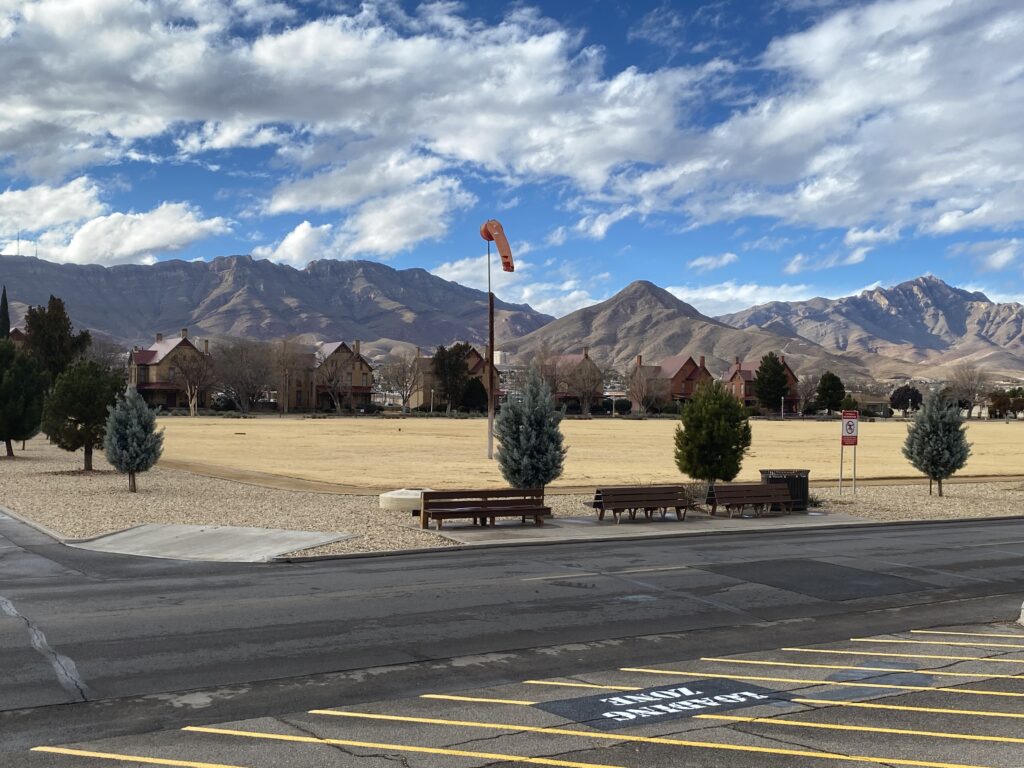 Looks, Charges Under the UCMJ and Court Martials Are Deceiving

Now, what was the point of telling you that story apart from eliciting a few tears of joy from you on behalf of the meek janitor’s amazing story? You see, here at the Bilecki Law Group, we hold the firm belief that any Soldier facing court martial is more than the sum of charges levied against them. There exists a story and perhaps acts of inexplicable gallantry yet to be told if they are just given a chance to stay in the fight.
Command looks at the young Private who got into trouble for BAH claims as a problem. We look at that same Soldier as the man who might charge three gun positions and send the enemy running in the next war. What William Crawford demonstrated to the world and to those young future officers at the Air Force Academy that there is more than meets the eye to any man.
For over a decade, all they saw was a janitor. When their eyes were opened, they saw the truth. A charge under the UCMJ or court martial might seem like a scarlet letter to some commands. The only problem is that we win those cases far more often than we lose which means those Soldiers were likely innocent. They always were and the charges were nothing more than the perception of guilt.

What Kind of Charges Can Fort Bliss Soldiers Fight Under the UCMJ?

The entire American legal system and by default, the entire military justice system, presupposes that any man or woman can fight their charges. The only problem with the military justice system is that it is a system that doesn’t like to lose and if convincing you that there is no hope to fight the charges get them the “W”, they don’t mind telling you so. That you can’t fight the charge is perception and deceit. That you can fight any charge is an incontrovertible fact. So, let’s talk about some of the charges we take on and defend.
UCMJ Article 120 or Article 134 (Sex offenses)
These cases can include rape, sexual assault, aggravated sexual assault, abusive sexual contact, sexual assault of a minor, indecent viewing, indecent recording, forcible pandering, indecent exposure, and other Article 120 and Article 120(c) offenses. This is a big one these days as the military is rightly trying to reconcile its struggle with sexual assault in the past. The only problem is that it’s creating a culture of perception where an allegation is treated as guilt. Look, if you are innocent of the charge then you need to fight. Victims of sexual assault do not receive justice when the wrong person is prosecuted. If the full story of the encounter is not told and weighed, justice is equally denied. Please don’t let a military Trial Defense Counsel convince you that the honorable thing is to admit guilt and go quietly into the night. No, you must fight and you must press on.
UCMJ Article 121 (Fraud and Larceny)
We defend cases such as conspiracy to defraud the military, BAH fraud, OHA fraud, extortion, larceny, wrongful appropriation, and more. Let us ponder this question. If any item of significant value came up missing at the Air Force Academy, do you think they would blame the star cadet or the lowly janitor? Guilt gets tossed around like a hot potato when it comes to missing gear and we’re here to testify to you that it doesn’t always wind up in the right hands. BAH fraud is another common charge we see where the perception of the military investigator doesn’t match the reality of the full story. Perception shouldn’t end careers.
UCMJ Article 128 (Assault and Violent Crime)
We represent service members facing charges including murder, manslaughter, aggravated assault, assault, and cases involving self-defense and defense of another. Personally, we can imagine some Air Force cadet talking down to the janitor and Crawford slowly unscrewing the mop handle in order to beat the kid into respect for his elders. Didn’t happen, that’s just our imagination. The reality is that fights take place in the military. They take place between Soldiers. They take place between military branches and they take place because civilians sometimes can’t keep their mouth’s shut. What seems harmless can get serious real quick when it escalates and a makeshift weapon like a beer bottle or pool cue gets involved. Fights happen, but with the right defense, it doesn’t have to ruin a career or push you out of service. Not when our country has so many large fights looming ahead of us.
UCMJ Article 112a (Drug Crimes)
We defend cases involving drug possession, drug distribution, drug importation, drug manufacturing, drug trafficking, positive urinalysis cases, tampering with urinalysis cases, and more. These cases often involve illegal controlled substances such as marijuana, LSD, methamphetamines, cocaine, ecstasy, molly, opioids, analogues, and more. Fort Bliss’ position on the border puts it right front and center in the war on drugs and unfortunately, there isn’t any drug you can’t find in ample supply around the Texas/Mexico border. More often than not, civilians play a large role in getting our good Soldiers caught up in these charges. While the civilians face a slap on the wrist, it’s our good Soldiers at Fort Bliss that have to stand tall before the UCMJ. Again, appearances can be deceiving and there is always more to the story. Fight to get the full story told and considered.
Punitive Articles of the UCMJ 77-134 (Military Specific Offenses)
These include charges such as fraternization, unauthorized absence (AWOL), disobeying a lawful order, conduct unbecoming an officer, and much more. Look, we understand the UCMJ has a purpose and when wielded with integrity, it enforces good order and military discipline. However, when it is not weiled with integrity or consistency, it can put some very good Soldiers up against some very silly charges. Far too many Soldiers think the right thing is to admit guilt and move on. In reality, their best option was to take the fight to the enemy like William Crawford charging up a German infested hill without looking back to see if anyone was with him.

Fighting the UCMJ Is Not Just About You And Your Charges

Everytime we fight and win a case at trial by court martial, it is not just a win for that particular Soldier. We understand that it is a win for every Soldier to come after them because it holds the UCMJ and commands accountable for the proper use of military discipline. The military justice system would rather you not fight, and they are all too happy to let the perception of your guilt reverberate as fact. You must be willing to fight for what is right. You must be willing to break free from that perception and let the military see you and your career for what you truly are.
If you are currently under investigation or facing court martial, you already know this perception all too well. You’ve already felt the cold shoulders, crappy assignments, and sidelining that comes with it. That alone should piss you off enough to fight back. If not for yourself, then do it for the next generation that will come after you.
If this sounds like you, then reach out to us for a free consultation. We’ll always shoot you straight as to exactly what you are facing. Then, so long as you are willing to fight, then so are we. We know that you are more than what these charges seem and there is so much more you are capable of if you can just stay in the fight. A meek Janitor proved that to a group of Air Force Cadets, and we’ll help you prove it true of you if you will just stay in the fight. Reach out now, and let’s fight back.