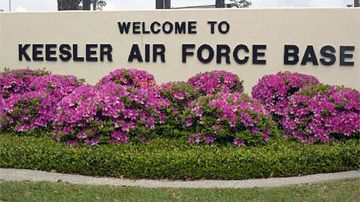 Nestled among the Gulf Coast, Keesler Air Force Base is home to the 81st Training Wing which instructs our nation’s Airmen on the non-flying skills necessary to keep the Air Force lethal and combat ready. This can include skills such as navigation, radar, cyber warfare, and even right down to predicting the weather. Pilots may get all the glory, but our Air Force wouldn’t get very far without these men and women. For many students, they are coming here straight after basic and as such, they are largely unfamiliar with what UCMJ trouble may await them.
The reality is that it is hard to get yourself into too much trouble at basic, but let us tell you, those young Airmen know how to make up for that lost trouble out at Keesler. However, that doesn’t mean that a stellar Air Force career doesn’t await them. In fact, the history of air warfare is full of rogue’s and misfits. Prior to the founding of the Air Force, it was the Army Air Corps that embodied this spirit.
During WW2, there was a fiesty pilot named Jay Zeamer and a crew of rogue misfits were struggling to get command of a bomber. They had the fighting spirit, but were not too fond of garrison rules and regulations which put them on the back end of the waitlist for a new B-17 bomber. That’s when Zeamer encountered a military photographer on Port Moresby who told Zeamer of a B-17 bomber that no one wanted to fly, because every time it went up it was shot to hell. Not to mention, the last 3 digits of the tail number were “666”.
The plane needed retrofitting, but instead of sticking to military spec, Zeamer placed 19 .50 caliber guns instead of the regulation 13 .30 caliber. He even fixed a gun at the front of the plane that could be fired from the pilot’s position. Once ready for flight, Zeamer volunteered the crew for a dangerous solo mission to photograph the terrain around Bougainville prior to the invasion. 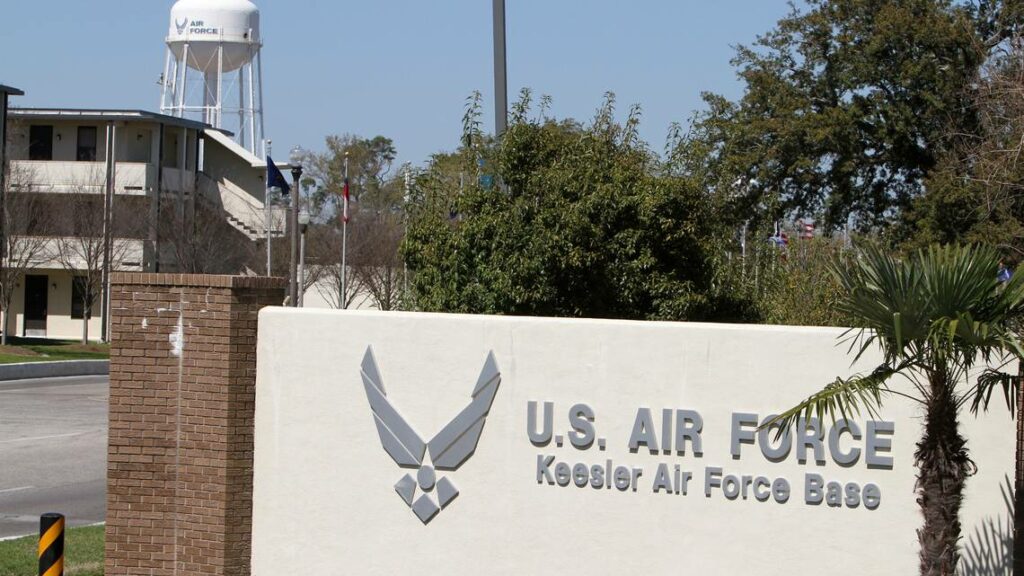 Flying over 600 miles to the target, Zeamer’ bomber arrived only to notice Japanese Zeros taking off to intercept them. They had been spotted, but instead of running, they flew steady across the island and took the required photographs. That’s when no less than 17 Zeros came in for the kill. The first Zero came for the normally lightly defended nose of the plane only to meet Zeamer’s pilot’s gun head on. That’s when 20mm Japanese cannon fire burst through the cockpit severely wounding Zeamer and the XO.
As blood pooled around him, Zeamer continued to pilot the bomber and was even able to safely descend 15,000 feet after enemy fire took out the oxygen system, which allowed the crew to still breathe. For over 45 minutes, Zeamer and his crew fought off 17 Zeros, killing 5 of them, before the Zeros had to return to base for fuel. Once again, the “old 666” would return to base, shot to hell and with 6 of the 9-man crew killed or wounded. Zeamer himself was initially thought dead when the ground crew found him, only to be shocked when he moved. That one flight of misfits would net two Medals of Honor and the Distinguished Service Cross for the rest of the crew.
0
Years of Experience
0 +
Total Attorney
0 +
Happy Clients
0 %
Success Rate

There exists the misguided notion that only “bad” service members get court martialed and we are here to tell you that nothing could be further from the truth. Just look at Zeamer and his band of misfit Airmen. Name the war and the service branch, and we’ll show you inexplicable acts of gallantry committed by “bad” warriors. The Airmen that cycle through Keesler make common mistakes and often run afoul of the UCMJ, but we are convinced that it should not end a career.
Here at the Bilecki Law Group, we believe every Airman is more than the sum of the charges against them. We know that they have the potential to do great things for this nation and an Article 121 BAH Fraud charge should not get in the way. The only thing that is required for any Airman out of Keesler to preserve their career, retirement, and freedom is the will to fight. That is, to fight like Zeamer and his crew of misfits surrounded by 17 Zeros over the Pacific. Namely, to fight like hell to the end and the Bilecki Law Group stands ready to join that fight on your behalf.

What Charges Under the UCMJ Can I Fight, Defend, and Win?

The easy answer is that if you can be charged for it under the UCMJ, then you can not only fight and defend against the charge, but you can actually win. That might come as a surprise to many of you because military prosecutors like to make it sound like resistance if futile. Yet, it’s only futile if you play by their rules. Getting your own military court martial defense attorney who could care less about rising up the ranks of the military is a good step. Particularly, an attorney who knows how to fight like hell and put the prosecution on its heels. Below you’ll find a list of some of the charges we defend and we think you’ll quickly find out that we don’t scare easily.
UCMJ Article 120 or Article 134 (Sex offenses)
These cases can include rape, sexual assault, aggravated sexual assault, abusive sexual contact, sexual assault of a minor, indecent viewing, indecent recording, forcible pandering, indecent exposure, and other Article 120 and Article 120(c) offenses. Right now, court martial defense attorneys are running from these charges because they don’t want to face the current military climate on sexual assault. That’s because right now, allegations are being treated as proof of guilt and the military is sparing no expense to secure a conviction. We embrace this fight because victims of sexual assault are not served justice when innocent men and women are put on trial. If you are innocent of these charges or you think the full story is not being told, then you need to fight. It won’t be easy and you’ll feel, at times, like you have 17 Zeros circling your doomed bomber, but you can win. Trust us, you can win and we have the stats and results to prove it.
UCMJ Article 121 (Fraud and Larceny)
We defend cases such as conspiracy to defraud the military, BAH fraud, OHA fraud, extortion, larceny, wrongful appropriation, and more. Captain Zeamer received the Medal of Honor for his actions during war, but if he tried to put .50 cals where the military said .30 cals should go today, they’d charge him with wrongful appropriation. Good intentions often lead young airmen into trouble and that often comes in the form of BAH fraud. It’s one of the more common charges we defend and typically, it’s a young Airman just trying to provide for his family on a shoestring budget. It shouldn’t end a career as those same men and women who care so much for their families will look after their military family with the same devotion when bullets start flying.
UCMJ Article 128 (Assault and Violent Crime)
We represent service members facing charges including murder, manslaughter, aggravated assault, assault, and cases involving self-defense and defense of another. The military instills a fighting spirit in young men and women without apology. The only problem is that the fighting spirit is not so easily turned on and off. Look, fights happen in the military and it shouldn’t be the end of a career. For young Airmen at Keesler, this often happens during weekend leave and it can easily start with some civilians picking on young men and women fresh out of basic and out in the town. The charges can get serious in a hurry when a makeshift weapon like a beer bottle or pool cue is involved. If you are facing these charge, you have one more fight ahead of you and that is at trial.
UCMJ Article 112a (Drug Crimes)
We defend cases involving drug possession, drug distribution, drug importation, drug manufacturing, drug trafficking, positive urinalysis cases, tampering with urinalysis cases, and more. These cases often involve illegal controlled substances such as marijuana, LSD, methamphetamines, cocaine, ecstasy, molly, opioids, analogues, and more. Keesler is situated on the Gulf Coast of Biloxi which often brings Spring Breakers, parties, and drugs. It is common for a civilian influence in this beach town to lead a young Airman into trouble, which is unfortunate because that civilian won’t get so much as a slap on the wrist. Meanwhile, our young men and women in uniform have to stand tall before the UCMJ. You can fight and win drug charges and it doesn’t have to cost you your career, retirement, or freedom.
Punitive Articles of the UCMJ 77-134 (Military Specific Offenses)
These include charges such as fraternization, unauthorized absence (AWOL), disobeying a lawful order, conduct unbecoming an officer, and much more. What’s frustrating about the punitive articles is that they are enforced with little consistency from command to command. Captain Zeamer and his crew were kept out of the fight for the longest time because command thought they lacked military discipline. Yet, when they were put into the fight, they showed what they could really do. The punitive articles of the UCMJ exist for a good reason, but when wielded flippantly by fickle commands they can just be downright silly. Sometimes you have to stand up and fight a charge just out of principle.

Fighting an Unjust Court Martial Is a Fight For All

Not everyone has the stomach to fight and that maxim extends to the military justice system as much as it does combat. Namesake and founder Tim Bilecki spent years inside the military justice system as a senior defense counsel for the Army and over a decade as a civilian defense counsel. He can tell you first hand how the prosecution stacks the odds against the defense. He can also tell you first hand that the last thing the military justice system is looking for is a fight. Consequently, that’s exactly what Bilecki gives them.
The Bilecki Law Group is located in Tampa, but the entire Southeast of the United States is in our AOR. In fact, we have clients fly us in from all over the world to defend them at trial because they know that at-trial in courtroom representation is what we do best. Bilecki puts together a defensive strategy that is so aggressive, it’s hard to tell who is really playing defense in the courtroom.
If you are under investigation or facing a court martial, reach out to us. We’ll always tell you the cold hard truth as to what you are facing, but as long as you are willing to fight, so are we. That is to fight like hell in the same way Zeamer and his crew of misfits fought like hell to make it home. This time, you are doing it for your family, career, retirement, and freedom. Your life is not over and we won’t let the military justice system destroy it. Reach out to us now and we’ll fight like hell together.