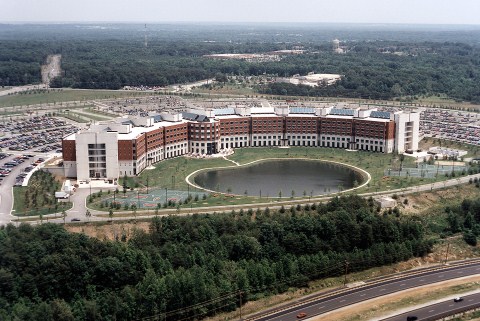 Few who have never been to Fort Belvoir realize it, but Fort Belvoir is an absolutely massive human services operation staffed by both civilian and military personnel. In fact, there are twice as many employees of Fort Belvoir than there are at the Pentagon. Now, the civilian workforce has a slight edge over their military counterparts when it comes to workplace discipline. Namely that civilians are not subject to the UCMJ. They screw up at work and they just get fired. When a uniformed member of the military screws up, they could lose pay, retirement benefits and even their freedom. When appropriately wielded by command, the UCMJ is an asset. When it is used in an arbitrary and capricious manner, it is a cruel and heartless tool.
When a Soldier or other uniformed member of the military finds themselves on the wrong side of that equation, it takes remarkable courage to stand up and fight. It is not easy to take on the military justice system and that truth is very much why we exist as a law firm. That is to help you make a stand. We draw a great deal of our inspiration from the history of our great military and for this, we draw upon the words and deeds of Master Sergeant Roddie Edmonds.
In 1945, Master Sergeant Edmonds found himself as the senior NCO at the infamous Stalag IXA prison of war camp in Germany. It was common for the Germans to lean on the existing rank and command structure of POWs to enforce some semblance of order and discipline. In January of 1945, Edmonds got the order to make sure every POW with Jewish heritage to assemble for a special formation in the morning. With little confusion as to what this would mean, Edmonds was faced with a moral crisis. 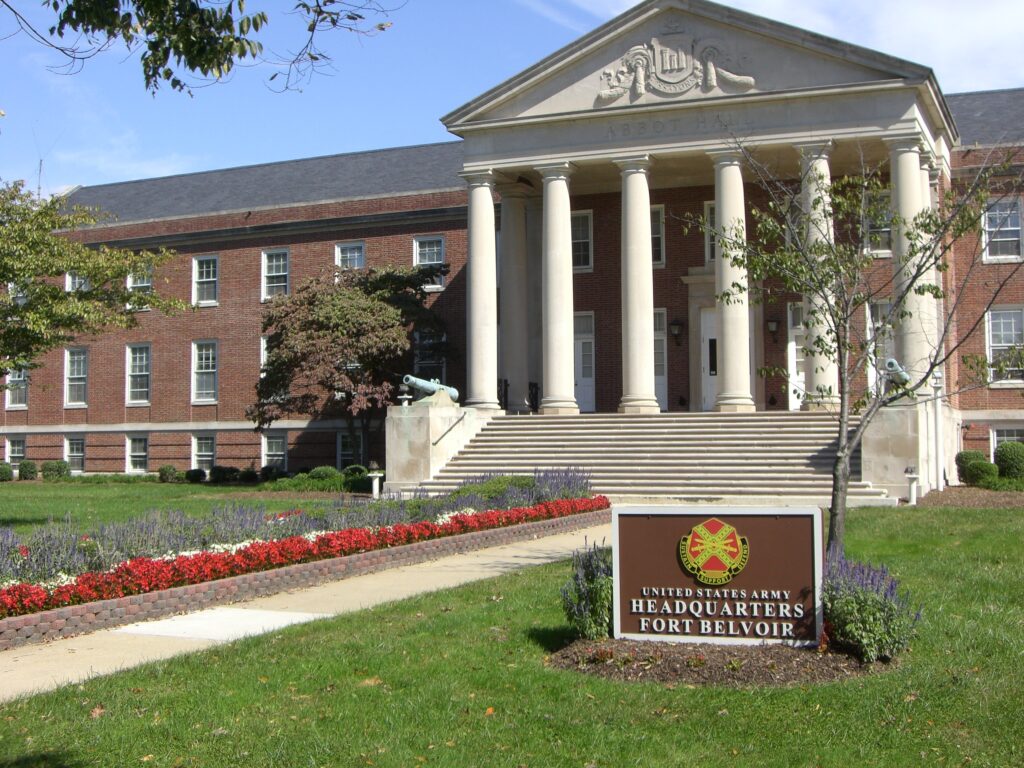 That next morning when the German officer in charge showed up, he was shocked to see that all 1,000 plus soldiers were in formation. The German officer was furious as he made clear that not all 1,000 men could possibly be Jews. To which Emonds responded, “We’re all Jews here.” The officer pulled out his pistol and placed it on the forehead of Edmonds and ordered him to correct the problem. Edmonds calmly told him that if he killed him that he would have to kill us all and when the Allies won, he’d be tried as a war criminal.
Perhaps sensing the inevitable German loss in the coming months, the German officer angrily holstered his pistol and stormed away. It is estimated that some 200 soldiers in the POW camp had Jewish heritage and it is no small leap to say that Edmonds’ courage saved them all. After the war, Edmonds was one of four Americans recognized by the Jewish living Holocaust museum with an honor noted as “Righteous Among the Nations” for his protection of the Jewish people. With a gun to his head, Edmonds showed us all what it means to stand up and fight for what is right.
0
Years of Experience
0 +
Total Attorney
0 +
Happy Clients
0 %
Success Rate

As military court martial defense attorneys, the Bilecki Law Group regularly partners with the courageous to fight abuse and misuse of the UCMJ. Namesake and founder Tim Bilecki spent years inside the military justice system as a senior defense counsel for the Army and over a decade as a civilian defense counsel, he can testify that the military justice system attempts to portray itself as too big to fight. That’s how they get Soldiers to back down and plead versus standing up to fight.
Yet, a Soldier’s best chance to clear their good name is often to fight until the bitter end. That’s also why we specialize in at-trial courtroom representation. We do so knowing that we are fighting for our client, but also that we are fighting for all the Soldiers who will serve under the same command. You see, when a Soldier fights against misuse of the UCMJ they are fighting for all Soldiers. It’s really no different than Edmonds standing tall on behalf of the 200 men he saved that day. Your fight forces command to become more just. It’s not an easy fight, but it’s right fight on behalf of all who serve.

What Types of UCMJ Charges Can The Bilecki Law Group Fight

If you can be charged for it under the UCMJ, then we can fight it on your behalf. Below you’ll find a list of the more common charges and we are confident that you’ll see we don’t scare easily. Regardless of the charge, we’ll come in the courtroom swinging with defense so aggressive, it’s almost a sin not to call it an offense. The last thing the military justice system wants is a fight and so we give them more fight than they can handle. Most importantly, we don’t back down and in the end, we win.
UCMJ Article 120 or Article 134 (Sex offenses)
These cases can include rape, sexual assault, aggravated sexual assault, abusive sexual contact, sexual assault of a minor, indecent viewing, indecent recording, forcible pandering, indecent exposure, and other Article 120 and Article 120(c) offenses. Currently, the military is pursuing a right and just campaign to purge sexual assault from the military. The only problem is that the aggressive nature of this campaign has led to an environment where an allegation is being treated as proof of guilt. There is no justice served to victims of sexual assault when an innocent Soldier is prosecuted. If you are innocent of this charge or feel the full story is not being told, you need to stand up and fight. That is to fight for yourself and for every other Soldier who will be wrongly prosecuted under this campaign. Stand up and fight for your career, retirement, and your freedom.
UCMJ Article 121 (Fraud and Larceny)
We defend cases such as conspiracy to defraud the military, BAH fraud, OHA fraud, extortion, larceny, wrongful appropriation, and more. We’ve seen it more times than we can count, but when gear comes up missing, that responsibility gets passed around like a hot potato. Unfortunately, it doesn’t always land in the right hands. Meanwhile, BAH fraud is perhaps one of the common charges that come out of Fort Belvoir as it pertains to Article 121, UCMJ. Living in and around the Fort Belvoir area isn’t cheap and unfortunately, our military members don’t always get paid as much as their civilian brethren on base. This leads a good Soldier to make an honest mistake or take one risk to many when it comes to taking care of their family. There is always more to the story and we fight to make sure the entire story is told.
UCMJ Article 128 (Assault and Violent Crime)
We represent service members facing charges including murder, manslaughter, aggravated assault, assault, and cases involving self-defense and defense of another. The truth of the matter is that Soldiers are going to fight from time to time and this has been the case in our military since George Washington first assembled the troops. It’s simply just not that easy to turn the aggression switch on and off. Unfortunately, this can lead to serious charges when an impromptu weapon like a pool cue, beer bottle, or chair gets involved. What really frustrates us is when it is a civilian that caused the whole fight, and that civilian gets to walk away with a slap on the wrist. Meanwhile, it’s our Soldiers that find themselves standing tall before the UCMJ. A fight shouldn’t be the end of a military career and we fight on your behalf to make it so.
UCMJ Article 112a (Drug Crimes)
We defend cases involving drug possession, drug distribution, drug importation, drug manufacturing, drug trafficking, positive urinalysis cases, tampering with urinalysis cases, and more. These cases often involve illegal controlled substances such as marijuana, LSD, methamphetamines, cocaine, ecstasy, molly, opioids, analogues, and more. At some point, the military is going to have to reconcile the fact that marijuana is legal in about 29 states right now. That’s not to say that there is no good reason to prohibit the use of illicit drugs. However, we literally have Medal of Honor recipients from previous wars who admit they were high as a kite when they committed their acts of gallantry. When we have looming threats like China rising in the Pacific, we can’t be losing the good men and women that we need for that fight to minor drug charges. Don’t let the military justice system fool you, these charges can be fought.
Punitive Articles of the UCMJ 77-134 (Military Specific Offenses)
These include charges such as fraternization, unauthorized absence (AWOL), disobeying a lawful order, conduct unbecoming an officer, and much more. Perhaps one of the greatest limitations of the UCMJ is that it is enforced with little consistency from command to command. We’ve defended Soldiers from serious punitive charges and we’ve defended them from some charges that are just downright silly and would never have taken place under a more just command. You can fight these charges and when you do, you’re standing up for each and every Soldier under that same command.

If you are out of Fort Belvoir and you’re facing court martial or are under investigation, your first step is to find your resolve to fight. We’re confident that Master Sergeant Edmonds knew he might die that morning, but it was clear his resolve was already found. You’ve got to get your mind right and get ready for the fight ahead. We can help as if you reach out to us, we’ll give you a free consultation and let you know exactly what the fight ahead looks like.

Our office is in Tampa, Florida but the entire Eastern seaboard is our AOR. In fact, we have clients fly us in from all over the world to defend them at trial because they know we don’t flinch. Regardless of the charge, it would be our honor to fight beside you. We do so knowing that we are not only fighting for you, but we are fighting for all the Soldiers at Fort Belvoir when we do. Like Edmonds, your gallant stand will save the careers, retirements, and freedom of the many. Find your resolve to fight and when you do, reach out to us so that we can fight like hell right beside you.