UCMJ Article 107a: Violation of Parole

You have spent months or even years serving your time for a past offense and earned your right to parole. But a single violation—however slight—to the conditions of that parole, could see you back behind bars—this time to serve out your full sentence in addition to the charges you face under Article 107a of the UCMJ. The military’s justice system is incredibly harsh to parole violators and rarely allows a parolee the opportunity to tell his or her side of the story. Without an experienced US military defense attorney to take up your case, you could quickly find yourself in a position that is worse than it was before.

Could a parole violation steal your freedom a second time? Do not take the risk. Contact Bilecki & Tipon LLLC and start fighting back TODAY.

What Is Article 107a (Violation of Parole) of the UCMJ?

All of the articles of the UCMJ requires prosecutors to prove beyond a reasonable doubt a handful of critical assumptions—known as elements—to convict you of a crime. For an american soldier to be in violation of his or her parole and convicted underArticle 107a, the following five elements must be proven:

Summary of the Elements of Article 107a (Violation of Parole): A conviction requires prosecutors to prove that the accused was currently on parole after serving time for another offense and that, while on said parole, he or she failed to adhere to its conditions, whether through action or inaction.

Military Defense Attorney for Article 107a of the UCMJ: Fighting Back Against Charges of Violating Your Parole

Parole violations are rarely as clear-cut as the prosecution claims in court. A missed meeting with your parole officer, a day you didn’t show up for work, arriving home an hour after curfew—any one of these could be due to factors out of your control. But they could all lead to charges under Article 107a if you are not careful.

You have waited too long and worked too hard to see your parole end on a technicality or a mistake. But your story has a good chance of being ignored entirely unless you hire an experienced military defense attorney to tell it for you.

If you are afraid you may lose your parole, then make a firm decision to fight back by hiring a law firm with proven experience, a longstanding reputation, and a talented team of in-house experts to defend your interests in court.

You just earned back your freedoms. Don’t lose them again on a technicality. Fight back against parole violations by consulting with Bilecki & Tipon LLLC TODAY 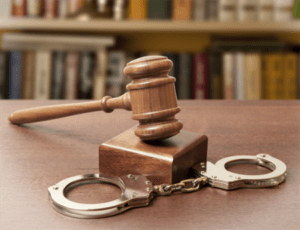 For decades we have represented service members across all branches of the U.S. armed forces. We believe that anyone who has fought for his or her country deserves a fighting chance in court. If your parole is on the line and you need an experienced military defense attorney to give you a fighting chance, then look no further than Bilecki & Tipon LLLC.
Learn more about our past cases, and then contact us to set up a confidential consultation.
Bilecki & Tipon will help you fight back against charges under Article 107a : Parole, Violation of

Frequently Asked Questions About Article 107a

What Is the Maximum Possible Punishment for Article 107a :Violation of Parole?

A service member who is accused of violating his or her parole could face the following maximum charges under Article 107a of the UCMJ:

Does Bilecki & Tipon Travel to Military Installations Around the World?

Yes. Bilecki & Tipon has established itself as the premier global law firm for service members stationed abroad. If you are accused of violating your parole, then contact our law firm today to start fighting back.