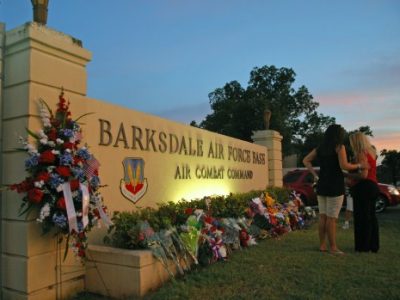 Barksdale AFB is one of the more strategic locations within the Air Force and it’s not exactly a national secret that Barksdale can deploy enough nuclear firepower to set the world ablaze. Home to Air Force Global Strike Command and the 2nd Bomb Wing, if you find yourself in Barksdale’s war path, you’re going to have a really bad day. However, there is more than one way to ruin someone’s life and getting nuked may not even be the worst. When command structures misuse and abuse the UCMJ, they hold the strategic power to destroy your career and maybe even take your freedom. What’s worse is that they expect you not to fight them and willingly watch everything burn down around you.
Now, there is precedent for a pilot willingly sacrificing himself, but that’s done in combat and not the courtroom. Once such an example of a pilot taking his career and life down in flames rests with Major Charles Loring in the Korean War. By the time Korea rolled around, Major Loring was already a distinguished pilot with enough medals and time as a POW in Germany to warrant sitting out this conflict. However, Major Loring always wanted to be in the middle of the fight.
In November of 1952, the Chinese had assembled a massive artillery battery on a commanding position that was reigning fire and brimstone down upon UN troops on the ground. To make matters worse, they had surrounded that battery with 47 anti-aircraft guns manned by highly trained troops. The only way to take out the artillery battery was from the air and to make a run on the battery was a mission fraught with peril. Of course, Major Loring volunteered to make the lead run. 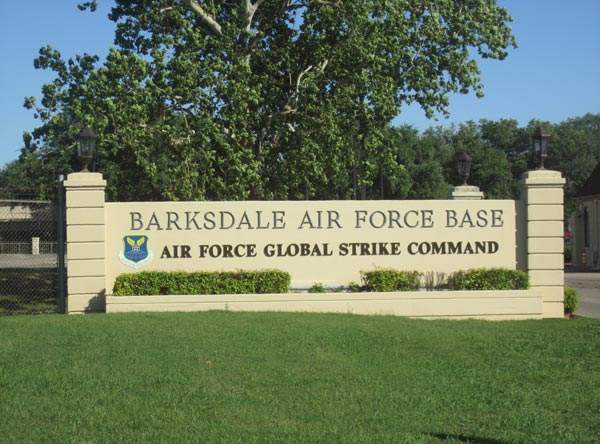 Moving in to strike the target, Major Loring’s F-80 began to take heavy damage from accurate anti-aircraft fire. The damage was so devastating that the other F-80 pilots on the run radioed for Loring to abort. Without so much as a word in response, Loring ceased radio contact and continued his run. At 4,000 feet, Loring accelerated and began a controlled 40 degree angle dive directly toward the batteries. Seemingly realizing that any pilot that followed him would take the same damage, he decided to eliminate the need to do so.
Loring dove directly into the batteries with deadly accuracy and destroyed the bulk of the battery. The other pilots watched in amazement at what took place and by their report alone, Loring was awarded the nation’s highest military honor. That is what a controlled burning of one’s own life and career is designed to look like in the military. It is an intentional act of inexplicable gallantry. When the military justice system comes looking for you and they ask you to lay down and take it for the sake of military order, your response should not be to take a nosedive. The only responsible act for the sake of you and your family is to pull up and engage. Fight back because the military justice system raze your life and career down to the ground if you let them.
0 +
Years of Experience
0 +
Court Martial Verdicts
0 +
Service Members Represented
0 m+
Miles Traveled

When and How To Fight Back Against The Military Justice System

The military justice system boasts a 90% conviction rate for two reasons. The first is that they have the game rigged against you from the onset of the investigation. They are not interested in justice. They are interested in preserving order by making an example out of you the sum of the entire system exists for that end. The other reason is that they expect you not to fight and will try to make it seem like fighting will only make it worse.
They expect you to take a nosedive just like Major Loring and give up everything so that you can help them preserve the semblance of good order and discipline. We have another option and most importantly, it is an option that works. That option is to pull up, engage, and fight. Don’t accept the end of your career. Refuse to forfeit your retirement. Fight for your freedom and you can win, but you must be willing to fight them at every single turn.

What UCMJ Charges Am I Allowed To Fight?

The cold hard truth that the military justice system doesn’t want you to know is that if they can charge you for it, then you can fight it. You should fight it. There is no such thing as an indefensible case because at the worst, fighting will lessen the severity of the outcome. If you do nothing you are looking at a 90% chance of conviction and they drown you with punitive action just to make an example out of you. They are looking for an easy target. Do not be that easy target. Below you’ll see some of the charges we defend and you’ll quickly see that we don’t scare easily.
UCMJ Article 120 or Article 134 (Sex offenses)
These cases can include rape, sexual assault, aggravated sexual assault, abusive sexual contact, sexual assault of a minor, indecent viewing, indecent recording, forcible pandering, indecent exposure, and other Article 120 and Article 120(c) offenses. Sexual assault has indeed been a problem within the military, but prosecuting innocent men and women is not the solution. No service member deserves to register as a sex offender because someone told a lie and command wanted to show they were tough on sexual assault. If you are innocent or the whole story is not being told, you must fight these charges. This is a conviction that will follow you the rest of your life and it’s nonsense that the military justice system expects you to just take it on the chin.
UCMJ Article 121 (Fraud and Larceny)
We defend cases such as conspiracy to defraud the military, BAH fraud, OHA fraud, extortion, larceny, wrongful appropriation, and more. By far, the majority of fraud cases we defend are related to BAH fraud and there is always more to the story than the military investigator reveals. Sometimes it is just an honest mistake and at other times, it is just a good service member trying to best provide for their family. If you refuse to fight, the military justice system will hang you out to dry for no other reason than to scare others. Don’t let them make an example out of you at the expense of the very family you are trying to support.
UCMJ Article 128 (Assault and Violent Crime)
We represent service members facing charges including murder, manslaughter, aggravated assault, assault, and cases involving self-defense and defense of another. The type of man that will nosedive into a Chinese battery to protect others is the type of man that knows a righteous fight when he sees one. The truth of the matter is that many violent fights start with a service member defending someone else. Could be a wife, girlfriend, or stranger. The problem is when a makeshift weapon like a pool cue, beer bottle, or chair gets involved. The charges get out of control quickly and what started as an act of courage turns into the end of one’s career. Fights happen, but it shouldn’t be the end of it all.
UCMJ Article 112a (Drug Crimes)
We defend cases involving drug possession, drug distribution, drug importation, drug manufacturing, drug trafficking, positive urinalysis cases, tampering with urinalysis cases, and more. These cases often involve illegal controlled substances such as marijuana, LSD, methamphetamines, cocaine, ecstasy, molly, opioids, analogues, and more. At some point, the military is going to have to reconcile the fact that marijuana is legal in some capacity in almost half the states. It can’t be that a service member who dragged his buddies out of burning buildings in Fallujah gets run out of the military because of one positive test. There is room to fight these charges, but if you don’t fight, they need their cannon fodder and they’ll use you if you let them.
Punitive Articles of the UCMJ 77-134 (Military Specific Offenses)
These include charges such as fraternization, unauthorized absence (AWOL), disobeying a lawful order, conduct unbecoming an officer, and much more. The punitive articles serve a purpose when used appropriately. The problem is that these articles are rarely enforced with any consistency from command to command. The same thing that wouldn’t get you so much as a reprimand out at Eglin will get you run out of the military at Barksdale. Sometimes you have to fight these charges just out of the principle of the matter because the charge is downright silly.

What Major Loring did in Korea was remarkable, because no one asked him to do it. In fact, if he were ordered to commit such a suicidal act some officer giving the order would need to be charged. He did it on his own volition because he was a man of inexplicable courage and valor. There is nothing courageous in letting the military justice system ruin your life. You cannot coexist with a military justice system that is out to destroy you.
Namesake and founder Tim Bilecki spent years within the military justice system as a JAG senior defense counsel with the Army. He saw first-hand how it screws the defense and that’s why he built his entire civilian law career around giving honorable service members the ability to fight back. Service members fly Bilecki in from all over the world to defend their cases because knows what it takes to win against daunting odds.
Though our HQ is in Tampa, Barksdale is right in the middle of our intended AOR. If you are facing investigation or court martial, reach out to us. We’ll always shoot you straight on exactly what you are facing. As long as you are willing to fight, so are we. Do not go quietly into the night without a fight. We salute men like Major Loring who know what it means to give all. That is reserved for combat. Do not let the military justice system take everything from you without a fight.