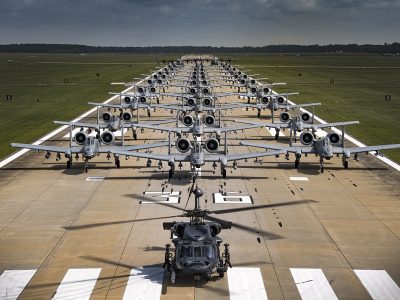 As one of the few remaining A-10C Thunderbolt fighter groups remaining, the famed 23rd Fighter Group is a fan favorite of Marines and Soldiers on the ground. Known for its close air support role, the “brrrrt” that comes when the Thunderbolt unleashes its cannon means that some bad guy in some far off land is having a really bad day. An A-10C pilot would do just about anything to protect the troops on the ground and we have a nagging suspicion that they would even fly drunk to do so. Sure, that would be a major violation of the UCMJ, but let’s not pretend that the history of war has not called for such inebriated gallantry.
On December 6th, 1941, American pilots George Welch and Ken Taylor went out for a night of heavy drinking and poker. Their exploits continued well into the morning before the liquor won and slumber arrived. That’s when they were awoken by the sound of the Japanese attack on Pearl Harbor at 7:55 in the morning. Both men admitted to being still hungover/drunk when they raced to Wheeler field and took off in two P40s. Now, flying drunk would land you a general court martial in most circumstances, but a surprise Japanese attack will tend to cut you a great deal of slack.
The men took out several Japanese aircraft on several trips to the sky and even defied a higher officer’s order to remain on the ground. Let’s add that violation of the UCMJ to the mix. Now if the story sounds familiar it is because the Hollywood movie Pearl Harbor attempted to portray the story of Welch and Taylor with Ben Afflack and Josh Harnett. Yet, the true story is much more fascinating. 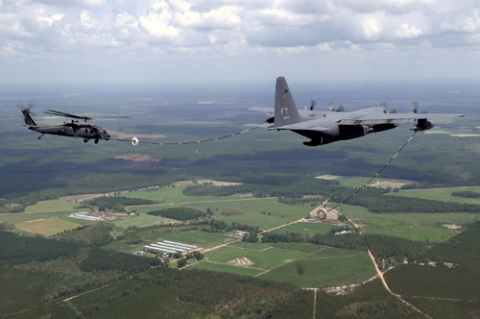 It also highlights the discernable truth that though the UCMJ exists for good reason, violating the military code of conduct is not as black and white as your average military prosecutor would like to present in court. It is with this history in our minds that the Bilecki Law Group Fights back on behalf of gallant men and women like George Welch and Ken Taylor.

Violations of the UCMJ Occur All The Time

Whereas we are not encouraging pilots to fly or fight drunk, it’s fair to point out that both Welch and Taylor were nominated for the Medal of Honor. Granted, they were only given the Distinguished Service Cross and who knows if the inebriated state of combat had anything to do with that. Personally we suspect that facing down Japanese Zeros would be quite sobering. However, what we are trying to convey is that a suspected violation of the UCMJ and a subsequent court martial may not indicate that something illegal and morally wrong has taken place.
Far too often the military justice system and command structure views a court martial as a permanent scarlet letter on their service record. That’s why the military justice system gets so enraged when we come in and win a case at trial by court martial. Our client’s innocence ruins the narrative they were trying to create around a particular Sailor, Soldier, Airman, or Marine. It is as if the military justice system would rather an airman or pilot just lay down and surrender their career just like some higher ranking officer on December 7th, ordered Welch and Taylor to remain on the ground. That’s why we fight at trial by court martial and that’s why we win.

What Types of UCMJ Charges Does Bilicki Defend?

While we have fought and won many cases at court, we have unfortunately not been called up to defend drunk pilots taking it to the enemy in a combat zone. Hell, we might even defend that case pro bono if it ever came to be. However, we have taken the fight to the military justice system on behalf of good men and women who wear the uniform for a number of other charges. Below you find a list of the types of charges we defend and you’ll see that even the most serious cases fail to scare us away.
UCMJ Article 120 or Article 134 (Sex offenses)
These cases can include rape, sexual assault, aggravated sexual assault, abusive sexual contact, sexual assault of a minor, indecent viewing, indecent recording, forcible pandering, indecent exposure, and other Article 120 and Article 120(c) offenses. Unfortunately, much like Welch and Taylor, alcohol is often involved in such incidents and allegations. It’s rarely a sober Airman that drops his pants in a combat zone and waves his private parts at his commanding officer. However, these charges can be quite serious and unfortunately, all it takes is an allegation to ruin a career. These charges must be fought if you are innocent and in the wake of the military’s current purge on sexual assault, it seems they are doing surgery with a sledghammer rather than a scapel. Fight for your character and reputation if you get hit with that sledgehammer.
UCMJ Article 121 (Fraud and Larceny)
We defend cases such as conspiracy to defraud the military, BAH fraud, OHA fraud, extortion, larceny, wrongful appropriation, and more. One might submit that Welch and Taylor wrongfully appropriated their aircraft as they had no such orders to take to the sky and at one point, had direct orders to stay out of the sky. BAH fraud is one of the more common charges that we see and in many cases, this comes as a result of military investigators using a sledgehammer rather than a scalpel as well. Whether it is a sham marriage or perhaps wrongfully listing your off base address, we’ve seen and defended it all. Please don’t accept guilt once you get a charge without exploring your ability to fight back.
UCMJ Article 128 (Assault and Violent Crime)
We represent service members facing charges including murder, manslaughter, aggravated assault, assault, and cases involving self-defense and defense of another. As much as members of the military like to drink, they seem to enjoy fighting almost as much. In fact, they love both so much they often do them together. Unfortunately, what starts out as an innocent drunken brawl among service members can turn very serious once a pool cue, beer bottle or chair gets involved. In many ways, fighting is part of military culture in a dog eat dog world and some airmen or pilots let that get the best of them. We fight back in court when those in uniform fight in a bar so that we can keep those good men and women in the fight for their country. When/if war comes with China, those will be the exact type of men and women we need.
UCMJ Article 112a (Drug Crimes)
We defend cases involving drug possession, drug distribution, drug importation, drug manufacturing, drug trafficking, positive urinalysis cases, tampering with urinalysis cases, and more. These cases often involve illegal controlled substances such as marijuana, LSD, methamphetamines, cocaine, ecstasy, molly, opioids, analogues, and more. We’d love to tell you that alcohol is the only substance that finds its way into the military, but that’s not the case. However, even drug use is not that cut and dry. Remind us to tell you the story about Vietnam Medal of Honor recipient Peter Lemon who earned the nation’s highest honor while high as a kite on marijuana.
Punitive Articles of the UCMJ 77-134 (Military Specific Offenses)
These include charges such as fraternization, unauthorized absence (AWOL), disobeying a lawful order, conduct unbecoming an officer, and much more. A common theme throughout military history is that the best Soldiers, Sailors, Airmen, and Marines in combat are often hell to maintain in the barracks. Good men and women we need in a right often run afoul of the UCMJ and we work hard to keep them in the fight that matters.

If the military justice system had their way, they would get every service member to plead guilty at the first sight of a charge. For them, the idea of trial by court martial is the threat that they use to win easy and early. At the Bilecki Law Group, we take that paradigm and flip it on its head because we know that they don’t really want to go to trial. That’s why we specialize at in-trial courtroom representation and that’s why we win.
We have clients fly us in from all over the world because we have developed a reputation for pursuing an aggressive defense that is essentially an offense. Though we do travel as far as Korea, Europe and beyond, we’ve focused on the southeast portion of the United States and that puts Moody AFB right in our AOR.
If you are under investigation or facing charges, reach out to us and we’ll give you a free consultation where we will shoot you straight on what you are facing. It would have been the honor of our life to defend Welch and Taylor if they were ever court martialed for their actions at Pearl Harbor and we’ll take an equal honor in representing you. As long as you are willing to fight, then so are we. That fighting spirit is all we need to take the fight to the military justice system and protect your career, retirement, and maybe even your freedom.