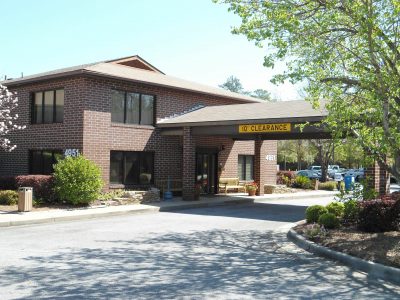 This may or may not be what you want to hear, but the military justice system sees an high conviction rate when charges are not fought or you rely solely on the JAG Trial Defense Services provided to you. That’s because the military justice system will leverage every resource to maintain the image of discipline and control. Unfortunately, if that means some innocent Soldiers get caught in the wash, so be it. Now let me offer you some encouragement as to what happens when you fight back and we’ll take a little detour through history to prove a point.
First Sergeant Leonard Funk was an American paratrooper with the 82nd Airborne during World War 2 and despite only being 5 foot 5 inches, the man wasn’t to be trifled with. The man received the Distinguished Service Cross, Silver Star, Bronze Star, three Purple Hearts and the Croix de Guerre during his service in Europe. However, it’s his Medal of Honor action that we find relevant here.
On January 29th, 1945, First Sergeant Funk found himself in command of a makeshift unit of infantry Soldiers and HQ command Soldiers such as clerks and supply. The unit was put together because the company was short on men and the Company XO became a casualty. Funk then marched those men 15 miles during a driving snowstorm to the Belgian village of Holzheim. Supporting the rest of the company, the men took the village and acquired 80 German prisoners as a result.
As the Company marched forward with the assault, few men could be spared to tend to the prisoners. That left four men guarding 80 Germans who had seemingly willingly surrendered. Unfortunately, a German patrol had sneaked through the woods and overwhelmed the four guards. The Germans instantly began rearming and prepared to surprise the American company from the rear. That’s when 1st Sgt Funk and one other Soldier walked around the corner. 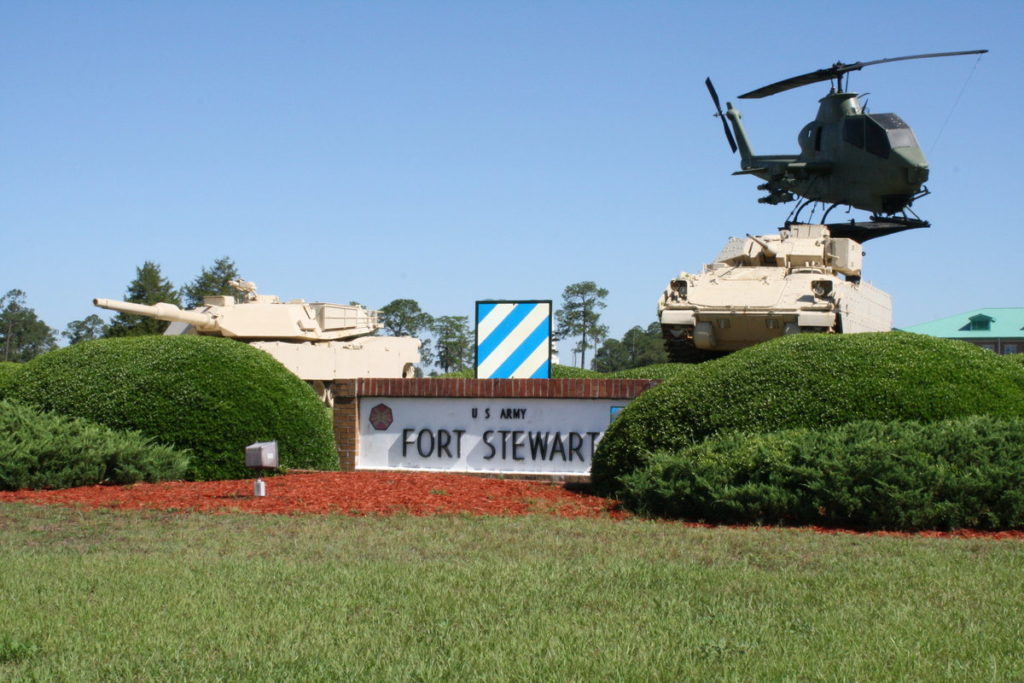 Funk found himself with a German pistol to his head and facing 80 Germans who were none too happy about being previously captured. That’s when Funk did what is either the most brilliant or mad come from behind move of all time. He initially seemed to comply and slowly unslung his submachine gun from his shoulder so as to surrender it. Then, in an instant, he flipped it around and poured fire into the Germans. Within a handful of seconds, some 20 Germans who were massed together were now dead with another 20 wounded.
Though the Germans still outnumbered the Americans 40 to 6, Funk put up such a fight that it devastated the Germans morale. The 40 who were lucky enough to walk away unharmed just gave up. That’s right, despite the odds, when Funk took the fight to the enemy they didn’t know how to keep up. This just goes to show you that as hard as you might try, you can never stop the Funk. Also, it shows you how to snatch victory from defeat just by saying damn the odds, I’m going to fight. That’s how you beat the military justice system and that is exactly what we do best.
0
Years of Experience
0 +
Total Attorney
0 +
Happy Clients
0 %
Success Rate

The Military Justice System Would Prefer to Win But Not Fight

In a perfect world, the military justice system would offer blind justice and prioritize truth over all. The military justice system does not operate in a perfect world. It operates in a world where the prosecution will bring to bear every resource to get a conviction and the defense has to beg that very system for the permission to appropriately defend their client. A request that is often denied by the way. The military justice system will do anything to win, but remarkably, it will do anything to avoid a fight. That’s how you beat them.
Here at the Bilecki Law Group, we are a boutique law firm that specializes in at-trial courtroom defense. In fact, we put together a defense so aggressive, it would be the same thing as saying Leonard Funk was playing defense when he dropped Germans at the cyclic rate. The military justice system doesn’t want a fight and that’s why they work so hard to undermine your JAG defense. When you actually stand up and fight for your career, retirement, and freedom, they almost don’t know what to do with themselves.

What UCMJ Charges Can I Fight And Win?

If you can be charged with it, you can fight it. If you can fight it, then you can win it. We’re not sure what Funk was thinking about the odds, but he knew the only answer was to fight. It is the same thing when you are up against the military justice system. The charge doesn’t matter, because your life will be measurably better if you just fight. With that in mind, we will step up to defend some of the most serious charges and you’ll find a list of some below. You’ll see that we don’t scare easily and like Funk, we believe the odds are stacked against the prosecution once we get involved.
UCMJ Article 120 or Article 134 (Sex offenses)
These cases can include rape, sexual assault, aggravated sexual assault, abusive sexual contact, sexual assault of a minor, indecent viewing, indecent recording, forcible pandering, indecent exposure, and other Article 120 and Article 120(c) offenses. Given the military’s current campaign to rid the ranks of sexual assault, these are cases we are seeing more and more often. While we applaud the campaign, it is clear that the military is using a sledgehammer when it should be using a scalpel. The result is that innocent men and women are getting prosecuted under this campaign and careers are being ruined because an allegation is being treated as proof of guilt. Victims of sexual assault are not served justice when innocent men and women are prosecuted. If you are innocent or you think the full story is not being told you need to fight these charges. You can win if you fight, but if you let the military justice system talk you into surrender without a fight, you’re done for.
UCMJ Article 121 (Fraud and Larceny)
We defend cases such as conspiracy to defraud the military, BAH fraud, OHA fraud, extortion, larceny, wrongful appropriation, and more. When missing gear goes adrift, someone is going to take the fall for it. It doesn’t matter if that is a young PFC or a boot Lieutenant, someone is going to be left holding the bill. Unfortunately, the bill often doesn’t wind up in the right Soldier’s hands. Meanwhile, BAH fraud is one of the more common charges we defend. Look, it is not your fault that the military built a BAH system that rewards you for marrying the dancer from Silver Doller Lounge you met last weekend or making barracks life so miserable, you’ll do anything to get off base. As far as we are concerned, you and Sugar Sparkles may have a wonderful life together. There is always more to the story when it comes to BAH fraud and you need to fight to make sure that the whole story is told in court.
UCMJ Article 128 (Assault and Violent Crime)
We represent service members facing charges including murder, manslaughter, aggravated assault, assault, and cases involving self-defense and defense of another. It is not uncommon for a fight to begin out of righteous intentions such as the defense of others and watch it turn into serious charges for men and women in uniform. We often see this when a makeshift weapon like a pool cue, beer bottle, or chair gets involved. Fights don’t happen in a vacuum and there is a reason why they get out of control. Please don’t let some military prosecutors try to tell you that your career is over without putting up a fight in court.
UCMJ Article 112a (Drug Crimes)
We defend cases involving drug possession, drug distribution, drug importation, drug manufacturing, drug trafficking, positive urinalysis cases, tampering with urinalysis cases, and more. These cases often involve illegal controlled substances such as marijuana, LSD, methamphetamines, cocaine, ecstasy, molly, opioids, analogues, and more. Drug charges can be fought and regardless of what the prosecution tells you, they can be won. What is frustrating about drug charges is that it often involves a civilian as well who won’t get so much as a slap on the wrist, even if they were the major player. Meanwhile, good men and women in uniform have to stand tall in front of the UCMJ. Once again, let’s get the whole story told and let’s take the fight back to the military justice system.
Punitive Articles of the UCMJ 77-134 (Military Specific Offenses)
These include charges such as fraternization, unauthorized absence (AWOL), desertion, disobeying a lawful order, conduct unbecoming an officer, and much more. What’s frustrating about the punitive articles is that they are enforced with little consistency from command to command. It’s like one command would give Funk the Medal of Honor while another would accuse him of fraternizing with the enemy for only killing 40 of the 80. That’s what we see with the punitive articles and while we understand their utility in enforcing military discipline, the application is just plain silly at times. Remember that scene in Band of Brothers where Captain Sobel wants to punish Winters for not getting his message via courier? We’re talking that silly. How did Winters win? He requested trial by court martial and fought back. There’s your ticket to justice and we are going to help you get there.

How To Fight Against Misuse And Abuse of the UCMJ

If you are under investigation or facing court martial, your first step is to reach out to us for a free consultation. We’ll always shoot you straight as to what you are facing, but as long as you are willing to fight, so are we. Our office is in Tampa, but we have clients fly us in from all over the world from Korea, Europe, and beyond to defend them at trial. Fort Stewart is much closer to home and right in the middle of our AOR.
Namesake and founder Tim Bilecki knows what you are up against because he spent years within the military justice system as a senior defense counsel for the Army. He spent so much time watching that same system screw over good men and women that when he exited the military, he committed to fighting for them on this side of the uniform. He’s not looking for that next promotion in rank or concerned about his own military career. Tim will stick it to the military justice systems as unapologetically as Funk stuck it to the Germans. Reach out to us and let’s snatch victory from defeat and fight for your career, retirement, and freedom.
Our hats are off to the new breed of Guardians and we are truly excited about this final frontier of exploration. We’re just a little bit more excited to take on our first Guardian case and you can be certain that we’ll fight to defend you like the universe depends on it. Reach out and let’s start the fight together.