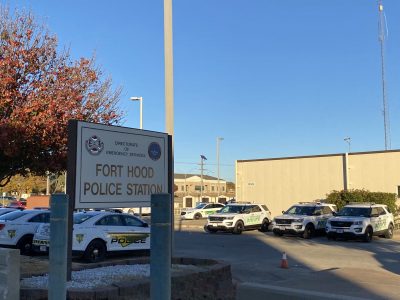 If you’ve been paying any attention to Fort Hood military news over the past couple of years, you’ll know that Ft. Hood has made the news for all the wrong reasons. Despite being one of the largest and most essential military bases in the U.S inventory, they’ve been scandal plagued lately with everything from murder to their very own sexual abuse prevention office being dishonorably discharged for running a prostitution ring. Needless to say, court martial defense attorneys in and around Fort Hood are finding themselves plenty busy these days.

Now, before we get into your court martial defense attorney needs, let’s run though a brief page in military history. While it is a great story on its own merit, we promise it has a relevant point. This is the story of Medal of Honor recipient Edward A. Carter. He received the Medal of Honor in World War 2 after absolutely manhandling a squad plus of German soldiers. After a fierce battle that saw most of Carter’s men wounded or killed and after Carter wounded 5 times himself, a squad of 8 Germans moved in to capture him. It didn’t go well for the Germans as Carter killed 6 and captured the final 2 in order to use them as human shields for the Germans firing from a distance in his direction.
Now, where did the Army find such a gallant warrior? Sitting in supply, in the rear with the gear. You see, Carter was an African American Soldier and though he was eager to fight, it took an Eisenhower declaration in 1944 to get rear echelon units into the front line of the fight. Then, because African American Soldiers couldn’t hold a combat leadership role, Carter was reduced in rank from Staff Sergeant to Private, just to get into the fight. 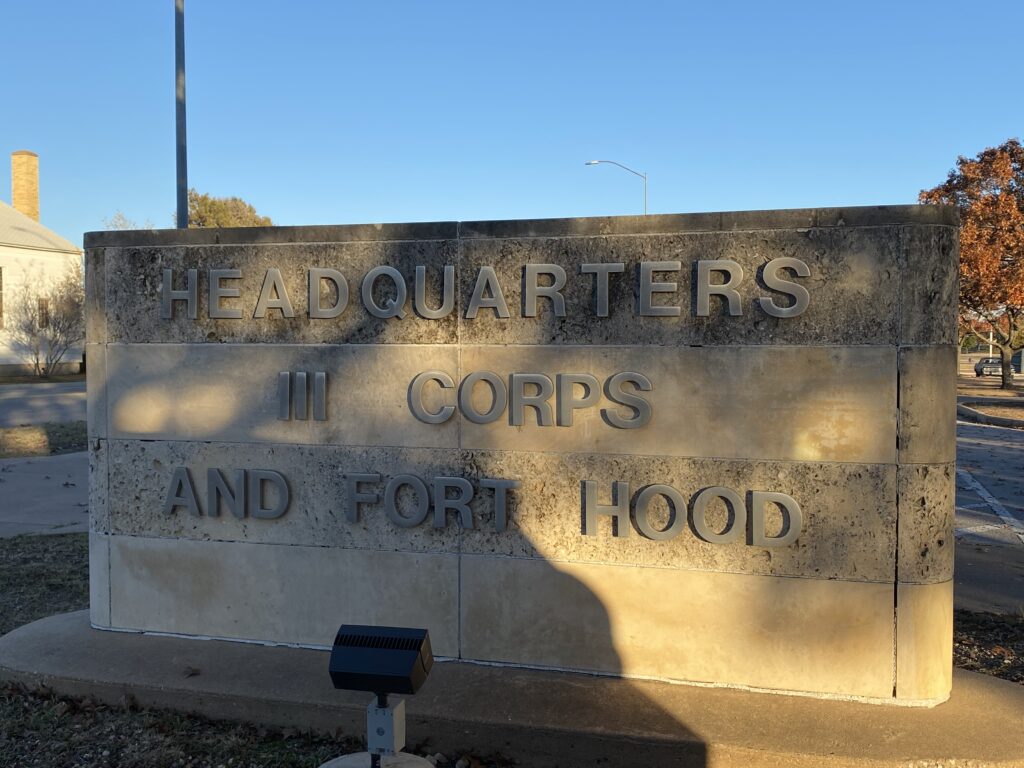 Now, little did the Army know that this rear echelon Staff Sergeant was already a combat vet of two wars. At the age of 15 Carter saw combat in 1932 during the Shanghai incident which preluded the Sino-Japanese War. He then saw action in the late 1930’s during the Spanish Civil War. Finding his way back to America, he enthusiastically enlisted in 1942 only to find himself in supply as a result of his race. It turns out, Carter was the solution that the Army never knew it already had.

Finding a Solution To Your Problems With the UCMJ

As much as we like to think there are those who read our articles for the simple joy of doing so, we are pragmatists and we realize that most people reading this are finding themselves or a loved one on the wrong side of the UCMJ. Our experience is that you are either facing charges or even a general court martial and you are in search of answers. That’s where we want to reassure you that the answers you seek likely reside in the most unlikely of places.

The United States Army had no idea that they had a home run hitter like Carter sitting in supply and yet, once they got him in the fight his capabilities were clear. So if you are looking for court martial defense help in or around Fort Hood, Texas, it just might be that your answer resides in Florida. Tampa, Florida serves as the headquarters for the Bilecki Law Group and Texas might seem a little out of our AOR, clients fly us in from all over the world to do what we do best.

The truth is that there is no short supply of court martial defense attorneys in the Fort Hood area. There are enough privates getting into trouble, marrying strippers, and drinking under age around Fort Hood to keep those attorneys busy all the livelong day. The clients that call us in are facing the most serious charges with careers, retirements, and even personal freedom on the line. Our clients are typically facing general court martials and we understand what is at stake for any of our clients in this situation of any rank or any age.
We are a boutique law firm that specializes in court martial representation in the courtroom. We live to take the fight to court martial because we understand that’s where you win. The military justice system is not looking for a fight in court as they pad their stats with plea deals from scared Soldiers. In fact, it’s almost a shock to the system when you take the fight to them. The military justice system seeks to close in on a wounded defendant, much like the 8 Germans did to Edward Carter. Yet, they too are in for a less than pleasant surprise when we spring up ready for a fight.

What Types of Charges Under the UCMJ Does Bilecki Defend?

As we mentioned, the Bilecki Law Group takes on the toughest of charges under the UCMJ. When we say that there is no charge that scares us, we mean it. Our justice system depends on aggressive and competent defense and we take our role within the rule of law seriously. Below you’ll find a list that is not comprehensive, but shows you the type of charges we take on.
UCMJ Article 120 or Article 134 (Sex offenses)

These cases can include rape, sexual assault, aggravated sexual assault, abusive sexual contact, sexual assault of a minor, indecent viewing, indecent recording, forcible pandering, indecent exposure, and other Article 120 and Article 120(c) offenses. Look, even if you were the sexual assault officer who was later convicted of running a prostitution ring at Fort Hood, you deserve to answer for your violation of trust. However, you still require a competent defense for the rule of law to be executed. Not to mention, all it takes is an allegation to potentially ruin a career. We absolutely take on the cases that some lawyers would run from because the rule of law dictates we do so.

We defend cases such as conspiracy to defraud the military, BAH fraud, OHA fraud, extortion, larceny, wrongful appropriation, and more. Now, you can be certain if Edward Carter was on the wrong end of an accusation about missing gear from supply, the 1940’s version of the UCMJ would have come after him hard. None of that would change the courage, character, and combat proficiency displayed by the man. We understand that those people that we defend are more than the sum of charges against them.

We represent service members facing charges including murder, manslaughter, aggravated assault, assault, and cases involving self-defense and defense of another. If you take young men and women from around the world and place them in the middle of Fort Hood, Texas at a young age, you are going to have a fight or two. It’s almost a military tradition it seems.

Unfortunately, when a fight spirals out of control with a beer bottle, pool cue, or good old fashioned rock, it can get very serious with the UCMJ. Some men like Edward Carter were born to fight and they don’t like to lose. What is a blessing in combat doesn’t have to end a career at the bar.

Whereas Texas has approved medical marijuana, they have not legalized recreational marijuana like 19 other states. While we understand that marijuana use is prohibited in the military, that prohibition does not negate the cultural understandings of marijuana Soldiers from other states may have developed. There is always more to the story than Private Smuckatelli just wanted to get high. We fight for the whole story.

These include charges such as fraternization, unauthorized absence (AWOL), disobeying a lawful order, conduct unbecoming an officer, and much more. Believe it or not, there are those who criticize Carter’s actions because he used those two German soldiers as shields while the Germans rained fire down upon him. Personally, we think he was a genius and there was a reason this was the third war that he would survive. Many of the punitive articles of the UCMJ are not cut and dry. Circumstances matter and do not let some bottom rate court martial defense attorney preying on young Soldiers convince you to take the plea without considering the circumstance.

Sadly, Edward Carter would die without receiving the true recognition he deserves for his gallantry. As was the case for many soldiers of color in that era, his deeds were either overlooked or underrated. He would die of lung cancer in 1963 never knowing that he had truly rated the nation’s highest military honor. It was only in 1997 when a review of soldiers of color was conducted that President Bill Clinton posthumously awarded Carter the Medal of Honor.
If you are facing charges under the UCMJ, you can’t wait until 20 years later to try and get your record cleared. If you are facing charges today, then you need to begin the fight today. If you reached out to some cut rate court martial defense attorney around Fort Hood and they told you to plea, consider looking for help in the most unlikely of places. Tampa, Florida sounds like a good place to look for legal help at Fort Hood.
As mentioned, we have clients fly us in from all over the world and because we are focusing on the Southeast United States, Fort Hood is actually right in the middle of our AOR. Founder and namesake Tim Bilecki spent years within the military justice system as a senior defense counsel for the Army (his first duty assignment was actually Fort Hood, Texas) and over a decade as a civilian defense counsel. He understands what you are facing and he is ready to take the fight right to the military justice system on your behalf. You can reach out to us for a free consultation, and we’ll tell you exactly what you are facing. Then, if you are willing to take up the fight, then so are we. You deserve justice and a clear name. Justice delayed is justice denied, so reach out and let’s get the fight started. Then, if you get a chance to read the full exploits of Edward Carter, we highly recommend it. He too was a man who knew what it meant to fight.